National sovereignty 'not at stake' from EU border force 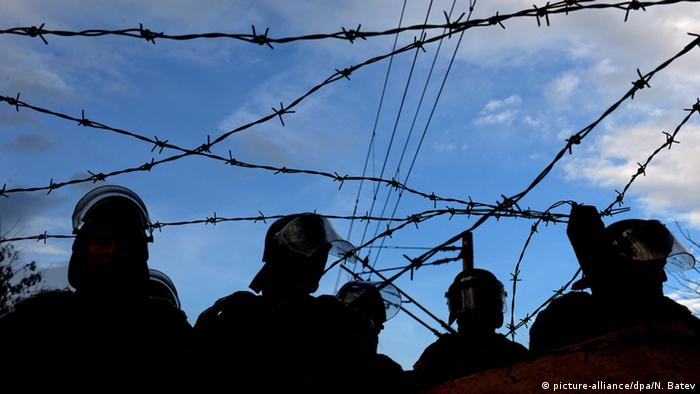 Plans for a new EU coast and border agency will have "full respect for national sovereignty," European Commissioner for Migration Dimitris Avramopoulos told DW on Thursday.

His remarks follow plans for an expanded European Border Force and Coast Guard, which were announced on Tuesday. An enlarged agency will have the right to intervene at countries' borders during emergency situations, like during a sudden influx of refugees or a terror attack.

A controversial part of the plan would allow Brussels to overrule EU states who are unable or unwilling to defend their part of the external border themselves.

Some analysts said the plans were likely to face opposition from southern European nations hardest hit by the arrival of hundreds of thousands of migrants to Europe this year, including Greece and Italy.

But as EU leaders arrived in Brussels to discuss the scheme, Avramopoulos told DW that the expansion of powers by Brussels would mean "the exact opposite" of what some member states fear.

"The European coast and border guard has a mission to protect the European borders with the full respect for national sovereignty," he said. "Nothing can be done without the agreement and approval of member states."

The plans call for a doubling of the current 500-strong EU border agency Frontex force to 1,000 within the next five years. Beyond that, Frontex would maintain at least 1,500 border guard reservists that can be deployed to crisis regions within three days.

Avramopoulous was in Berlin on Thursday for a three-way discussion between EU officials and their German and French counterparts.

During the two day EU summit in Brussels, the ongoing migration crisis is likely to dominate the agenda, even as Frontex reports that the number of refugees traveling across water from Turkey to Greece has begun to drop.

Avramopoulos put the recent fall down to the EU's 3 billion euro cash pledge to Turkey ($3.25 billion), which was agreed last month, in return for action to clamp down on the flow of migrants. An estimated 2.1 million Syrian refugees have fled to Turkey due to the ongoing civil war.

"First of all, the Turkish authorities have started responding to what they have committed following the action plan that was agreed between Turkey and the European Union, so that's a positive development. The second has to do with the weather conditions. But we must be prepared for what might come tomorrow," he told DW.

Ahead of Thursday's summit, German Chancellor Angela Merkel met Turkish Prime Minister Ahmet Davutoglu. Afterwards, she expressed confidence that Turkey would continue to bring about a sharp reduction in the number of illegal migrants entering the EU.

EU Commissioner Avramopoulos also said Brussels was investigating reports that Turkey has been detaining, abusing and deporting refugees - some back to war-torn Syria.

In his interview with DW, he said: "We are here to protect and defend the rights of the asylum seekers and the ones in need of our protection. Let's hope this has not happened. If it has, it is against what we believe in and what we stand for in Europe."

Amnesty International, who produced the report, described Turkey's actions not only as unconscionable, but in direct breach of international law.

Russia accuses Germany of spreading misinformation on Navalny 23m ago