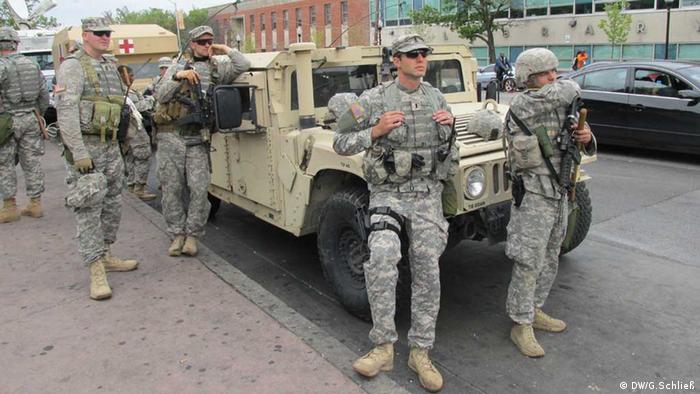 Some 3,000 National Guard troops are in the process of leaving Baltimore after Maryland's Governor Larry Hogan announced their withdrawal.

"We've already started withdrawal of the Guard. The trucks are pulling out this morning. It's going to take a little bit of a while," Hogan told reporters at a press briefing on Sunday.

The governnor added that 4,000 security personnel were brought into the city, including 1,000 "extra" police officers. 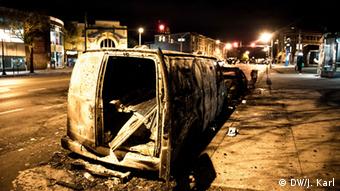 "It's not going to happen instantaneously. It's going to take a couple of days to get everybody out. We had to build an entire city to save the city."

The announcement comes just short of a week after the funeral of Freddie Gray, a 25-year-old black man who died after sustaining critical injuries in police custody in April. Gray's death prompted mass protests in Baltimore and other major US cities. The six police officers involved in Gray's death were formally charged on Friday.

Logan announced a state of emergency in Baltimore on Monday after protests turned violent, spawning riots. The National Guard quickly mobilized after the governor's announcement with 1,700 troops arriving in the city the day after.

Logan's order to withdraw the National Guard came on the heels of Baltimore Mayor Stephanie Rawlings-Blake's announcement that she had rescinded her "order instituting a city-wide curfew."

The curfew was criticized by rights group in the US with the Maryland chapter of the ACLU civil rights group stating it was "nothing more than a tool for curtailing" the rights of "peaceful demonstrators, legal observers and news media."

"The curfew is having a dramatic effect on the ability of Baltimore residents to simply go about their daily lives free from the fear of arbitrary arrest," said a letter from the ACLU addressed to Rawlings-Blake, issued hours before the mayor's announcement.