The group hailed the elderly French MEP as "our guide and leader for the oncoming struggles and victories!" The National Front co-founder has been an independent since his daughter kicked him out of the party in 2015. 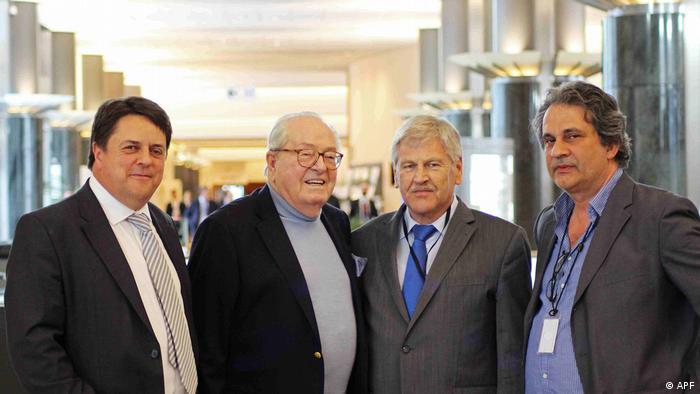 The co-founder of France's far-right National Front (FN) party, Jean-Marie Le Pen, has joined the Alliance for Peace and Freedom (APF) group of ultranationalist parties in the European Parliament.

The APF welcomed the decision, which the 89-year-old MEP Le Pen confirmed on Thursday, as a "historical event."

"Jean-Marie Le Pen represents for the APF and nationalists in general an extraordinary point of reference," the party said, adding: "this is an historical event that comes at a time of great change in Europe."

The group, which is not large enough to form a formal party grouping and includes members Germany's National Democratic Party (NPD), hailed Le Pen as a new "leader."

"We welcome Jean-Marie Le Pen at a time of revolutionary changes in Europe – our guide and leader for the oncoming struggles and victories!"

Le Pen first entered the European Parliament as FN leader in 1984, but has been sitting as an independent since his daughter and current FN leader, Marine Le Pen, kicked him out in 2015.

That decision came after the elder Le Pen defended French collaboration with Nazi Germany during the Second World War and said Nazi gas chambers used against the Jews were a mere "detail" of history.

The 89-year-old Jean-Marie has also been convicted multiple times for hate speech against Muslims and Roma.

He was allowed to remain the party's honorary president until March, when Marine changed FN laws as part of a rebranding effort to shake off its anti-Semitic legacy.

Le Pen has said he will not be seeking re-election to the European Parliament as a 90-year-old in 2019.