A rock sample taken by the Curiosity rover has shown that Mars could have once supported life, according to US space agency NASA. The findings add to previous indicators of water on the red planet. 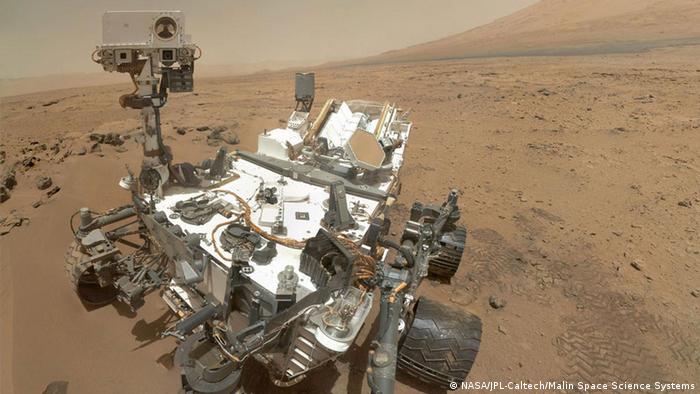 The US space agency has long been trying to determine whether Mars could sustain life, either in the present or the past. On Tuesday, NASA said at a press conference at its Washington headquarters that minerals found in a rock sample showed the planet was habitable at some point.

In late September, the six-wheeled rover documented stream bed gravel. While the finding excited scientists working with the program, they said that proof of water was not necessarily proof of life.

However, the subsequent probe into sedimentary bedrock showed the presence of clay minerals - including hydrogen, carbon and oxygen - and sulfates, the basis of life, NASA scientists said on Tuesday.

"We have found a habitable environment that is so benign and supportive of life, that probably if this water was around and you had been there, you would have been able to drink it," said John Grotzinger, Curiosity project scientist from the California Institute of Technology.

The Mars Science Laboratory Curiosity mission is scheduled to continue exploration until 2014, during which time scientists hope the rover can collect more samples that help them come closer to an answer about life on the red planet.