Insurgents loyal to "IS" are marking their presence in eastern Afghanistan amid increased Taliban infighting. The terror group's attempt to win support from locals and Taliban defectors has also met brutal resistance. 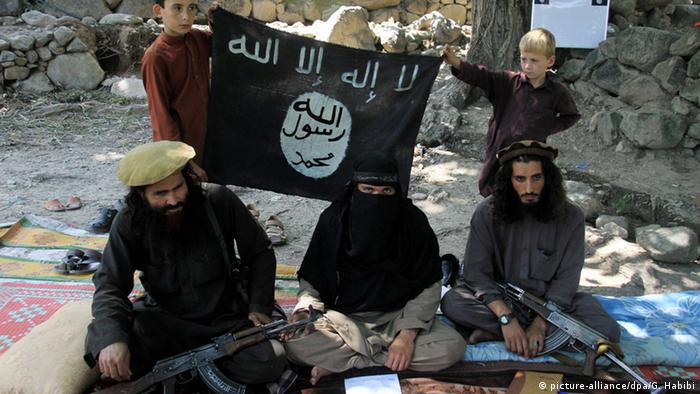 The scene in Achin district in Afghanistan's eastern province of Nangarhar, which shares a border with Pakistan's tribal areas, bears resemblance to parts of Syria and Iraq under "Islamic State" ("IS") command. Members of the terror group control large parts of the district, killing opponents, looting houses and spreading fear among residents with the help of their recently-launched propaganda tool, "The Caliphate Radio."

"IS" members broadcast threats to harshly punish those who oppose Abu Bakr al-Baghdadi, head of the self-declared "caliphate" extending over a third of Iraq and Syria.

"Many locals were frightened after the launched of their radio in Achin because now they can spread their message of fear among thousands of people," a resident of Achin district now fighting the terror group told DW on the condition of anonymity, as he feared repercussions. He added that hundreds of families were still trapped in the area under "IS" control.

Government officials in the eastern province declined to comment on the radio broadcast by the "Islamic State" group and its activities in Achin district. The locals, however, said the government had failed to block the FM frequency used by the group.

"They killed four of my cousins. 'Islamic State' fighters kill anyone who opposes their ideology," the local resident said, adding that "IS" members were "worse than the Taliban or any other regime."

"After 'IS' took control of our village in Achin district, they burned down our houses, looted everything that belonged to us and killed our family members in cruel ways," he stated. 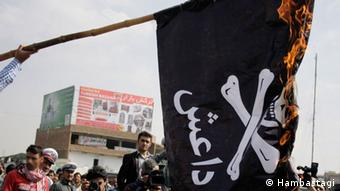 Anti-'IS' protests have taken place in the capital Kabul

He and other men from his village joined a pro-government militia after "IS" took control of their village. "IS" members are fighting the government, local militia and Taliban members as they have ideological difference with all of them.

"Even the Taliban fighters who were fighting against the government before 'IS' came here, had to flee the area because these people kill their enemies in very brutal ways," he said.

The Taliban has waged war against the Afghan government and its international supporters since its toppling in 2001, but denied to align itself with the "Islamic State," group. Taliban members claimed their former leader Mullah Omar was the Amir Al-Momineen - Arabic for the leader of all Muslims - not Abu Bakr Al-Baghdadi. "IS" members, on the other hand, say al-Baghdadi is the only "true leader of Muslims." The group aims to add Afghanistan to the territory it controls.

Beheadings by both sides

Zahir Qadir, the first deputy speaker of Afghanistan's parliament, warned in September that eastern Nangarhar provice had become an "IS" stronghold. He criticized the Afghan government of not fulfilling its commitments to improve.

"If government does not pay attention to the issue, we will start a war against them with the support of the people," the influential politician told parliament in September. After his call for a military operation fell flat, militias loyal to him launched a war against "IS" which resulted in them beheading four of the terror group's members on the weekend of December 26-27.

"If they can behead our people, why can't we do the same," one man told Afghan local media as he stood next to the headless bodies of "IS" members.

The actions of the militia sparked different reactions in Afghanistan. Some said the beheading of "IS" fighters was justified because they had done the same to civilians; however others condemned the move.

"We condemn crimes committed by 'IS' but it does not mean that our people and militias loyal to powerful people should use the same barbaric methods as the terror group. There should be a difference between us," Ahmad Saidi, a former Afghan diplomat, told DW.

The expert, however, noted that "IS" was a threat to Kabul and the whole region and called on the Afghan government to take control of the situation.

'IS can pose a threat to the region'

Reports of "IS" presence in Afghanistan emerged in early 2015. Later in the year, the government in Kabul and U.S. military officials acknowledged that the terror group was recruiting fighters in eastern Afghanistan, using the power vacuum in the Taliban leadership. 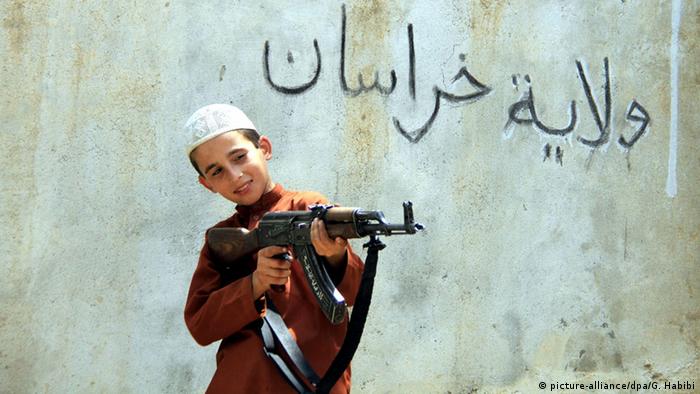 The Taliban movement has splintered into rival factions since the death of Mullah Omar was announced in July, with many rejecting the authority of the new leader, Mullah Akhtar Mansoor.

"If this group is not stopped here [in Nangarhar province], they will pose a danger not only to Afghanistan but also other countries in the region," the resident of Achin district said, calling on the Afghan government to support their fight against the terror group.

Saidi is of the same view. The expert believes "IS" can pose a serious security threat to Kabul.

"If the government does not take measure now, it will face a serious challenge next year both from the Taliban and 'IS' fighters," Saidi said.