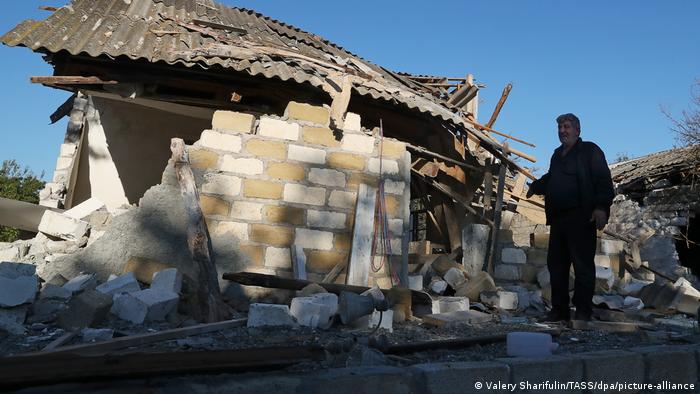 US Secretary of State Mike Pompeo on Friday held separate talks with his Armenian and Azeri counterparts to try to bring an end to the conflict over Nagorno-Karabakh.

Azerbaijan's Foreign Ministry, along with its Armenian equivalent, ruled out a three-way meeting in Washington after two separate Russian-brokered cease-fires broke down within hours over the previous two weekends.

The decadeslong conflict between the two former Soviet republics over the disputed region flared up again on September 27 and has already killed about 1,000 people.

After the talks, the US State Department said Pompeo had "emphasized the need to end the violence and protect civilians."

He reiterated the US stance that the conflict should be resolved on the principles of "the non-use or threat of force, territorial integrity and the equal rights and self-determination of peoples." 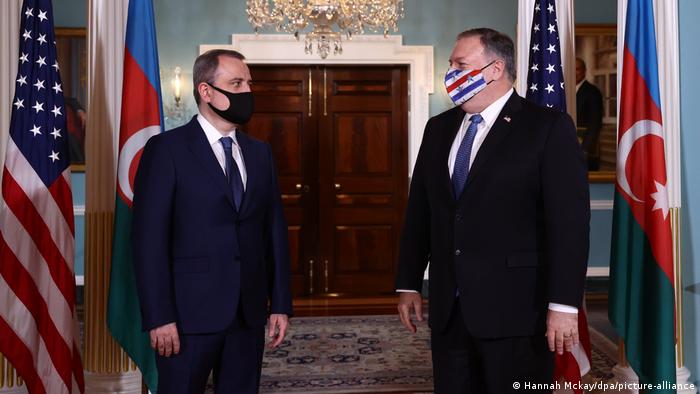 Bayramov said he told Pompeo that the Armenian occupation of the mountainous region recognized internationally as part of Azerbaijan but controlled by ethnic Armenians, "must end."

"We are committed to finding a political solution [to] the conflict and ready to resume substantive talks immediately," he said in a statement after the talks.

Asked how his talks went, Mnatsakanyan told reporters "very good" as he exited the State Department, and added that work on a cease-fire would continue.

He said that he had reminded Pompeo that "this aggression of the Azerbaijani side takes place [with] Turkey's direct involvement, which is expressed with direct military technical support, with the import of military terrorists from the region."

A handful of protesters from both sides, holding Armenian and Azeri flags and banners, chanted outside the State Department on Friday. 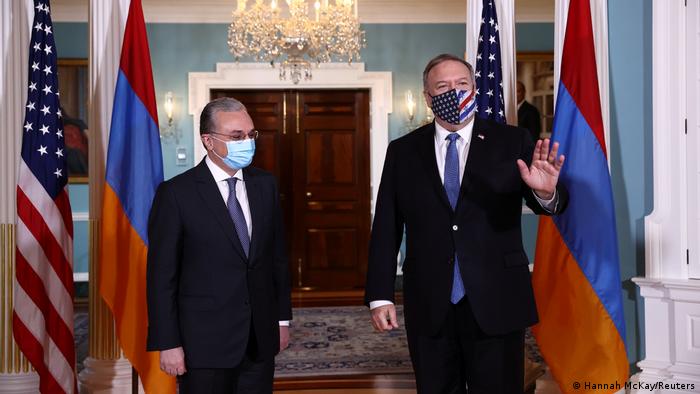 Ahead of the talks, both warring sides clashed in several parts of Nagorno-Karabakh, which has been under the control of ethnic Armenians since a previous war ended in 1994.

Armenia said the town of Martuni was shelled during the night, which Azerbaijan denied.

"Currently local battles are taking place in all directions of the front line," Armenian military spokesperson Shushan Stepanyan said in a statement on Facebook.

Amid the relentless shelling, many residents have sought protection from rockets and artillery shells by moving into squalid basements, The Associated Press reported.

Azerbaijan's Defense Ministry, meanwhile, reported fighting in territories close to the line of contact that divides the sides.

Azeri forces say they have made territorial gains, including full control over the border with Iran, which Armenia denied.

Russia has taken the lead in trying to pressure a peaceful resolution but two cease-fires agreed to begin over the previous two weekends failed within hours.

Although the US has officially voiced neutrality over the disputed region, Pompeo recently characterized Armenia's actions as defensive and has criticized the involvement of Turkey, a staunch ally of Azerbaijan, who — along with Israel — has helped to arm the Muslim-majority state.

World powers want to prevent a wider war that draws in Turkey and Russia, which has a defense pact with Armenia.

Shortly before the Washington talks were due to start, Turkish President Recep Tayyip Erdogan told reporters in Istanbul that he hoped Moscow and Ankara could work together on resolving the conflict.

The US, Russia and France, who have long led mediation efforts, have so far ignored demands for a Turkish role.

Differences over the conflict have further strained relations between Ankara and its NATO allies.