Nadine Kessler: 'For the first time people can really feel how far women’s football can go'

Her job is to observe and assess the development of women's football. The former Women's World Player of the Year talks to DW in an interview about Germany's World Cup performance and the impact of the tournament. 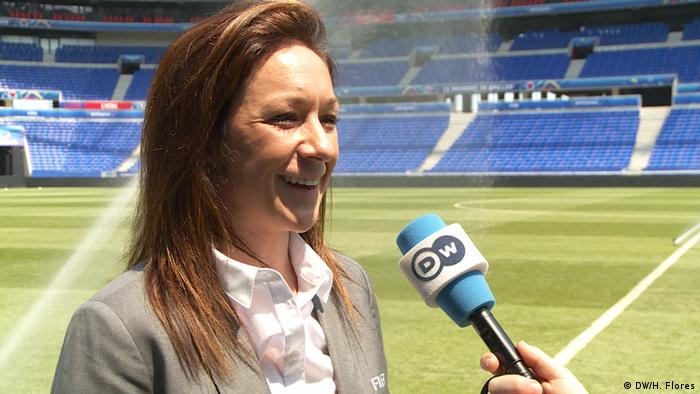 DW: Germany are out in the quarterfinals of a major tournament again. What are your thoughts on their performance?

Nadine Kessler: Of course, you always want Germany to win. We want to make the final and see our girls win it all, but despite being knocked out there were a lot of positives in the team. We have such talented players in this squad. We only had three players in the starting line-up against Sweden that had been at such a big tournament before. It's a process. The team needs experience, they need these experiences in order to grow stronger. We have so much talent in the team that I'm positive about the future. During the tournament it was clear to see the quality and unity of the team. They did all they could, which is why yes it is a shame that we only made the quarterfinals but I think there's a lot to be excited about.

It felt like Germany, whether it was tactically, technically, athletically or even in terms of game intelligence, couldn't keep up with the top teams. Would you agree?

Technically and tactically I thought the team was well prepared and I think that at times they also played some beautiful football - the opening goal against Sweden, for example, was fantastic and will stay in my memory. The biggest reason was the lack of experience in the key moments. We also lacked a drive towards goal in the final third, and a willingness just to get the ball over the line. That's perhaps somewhere we could have been more efficient. 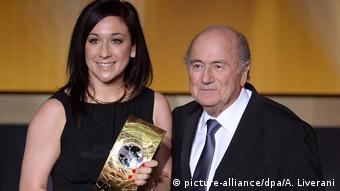 Many players have used the tournament to voice their opinions. There hasn't been much of that from the Germany team.

I think it's a question of cultures and individuals. Each person has to decide for themselves, how loud, or public or private they want to be. That is not something I would want to butt in on. I think players on Germany's women's team are voicing their thoughts these days, and that they clearly stand for something.

With regards to the women’s game generally, how much do you think this tournament has pushed women’s football forward?

I think it’s incredible. I really think it was an outstanding tournament and we’ve seen so much excitement around the event, but also in the stadia. Little boys, little girls, men, women have been going crazy and wearing their idols‘ shirts, it’s reaching the people that were never in the women’s game before. It’s not just about the football community, it’s about society, and people who are outside football and for the first time can really feel how far women’s football can go. The impact goes beyond the field of play.

Nadine Kessler is a former football, who was named FIFA Women's World Player of the Year in 2014. The midfielder is a four-time German champion, won three Champions League titles and won the European Championships with Germany in 2013. Since 2016, the 31-year-old is a UEFA ambassador and advisor for the development of women's football. During the World Cup in France, Kessler has been working for FIFA in the same role.