The government led by Aung San Suu Kyi has said it will block a UN mission to investigate abuses against Rohingya Muslims. Security services have been accused of crimes akin to ethnic cleansing. 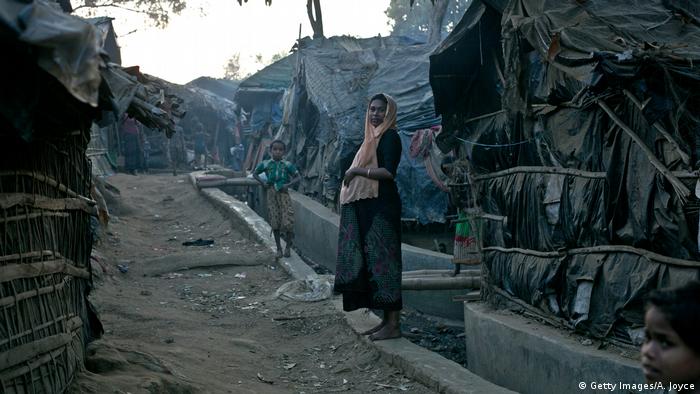 The government of Myanmar will refuse visas for a UN delegation tasked with investigating reports of rape, torture and execution of Rohingya Muslims, a government official has reportedly said. Washington-based broadcaster Radio Free Asia, Reuters and others carried the reports.

Foreign Affairs Secretary Kyaw Zeya told parliament on Thursday "if they are going to send someone with regards to a fact-finding mission, there's no reason for us to let them come."

"Our missions worldwide are advised accordingly."

Myanmar had already said it would not cooperate with the UN probe when the international body announced the move in March.

The administration of specially-appointed "State Counsellor" Aung San Suu Kyi has come under fire for its handling of the Rohingya situation in Myanmar's Rakhine state. A Nobel peace laureate charged with transitioning the country from military dictatorship, Suu Kyi said that a UN mission "would have created greater hostility between the different communities."

Although there is extensive evidence that Rohingya Muslims have been in Myanmar for centuries, the government has considered them illegal immigrants from Bangladesh for decades, leaving them stateless. On top of widespread reports of abuse and persecution on the part of local Buddhists, there are also allegations that security services working for the government have taken part in killings and attacks on Rohingya as well.

China and India joined Myanmar in distancing themselves from the UN resolution passed in March. Myanmar has insisted that its own domestic investigation is more than sufficient to uncover possible abuses.

"Why do they try to use unwarranted pressure when the domestic mechanisms have not been exhausted?" Kyaw Zeya said.

The violent situation between the majority Buddhists and minority Muslims in Rakhine escalated further when a group of Rohingya insurgents killed nine border police last year, leading to a brutal retaliation from security forces. The UN said in a February report that the army's response included mass killings and gang rapes that "very likely" amounted to crimes against humanity, and possibly to ethnic cleansing.