Security forces have dispersed hundreds of demonstrators as they seek to quell the growing unrest among pro-democracy protesters. The country's UN envoy has urged international intervention. 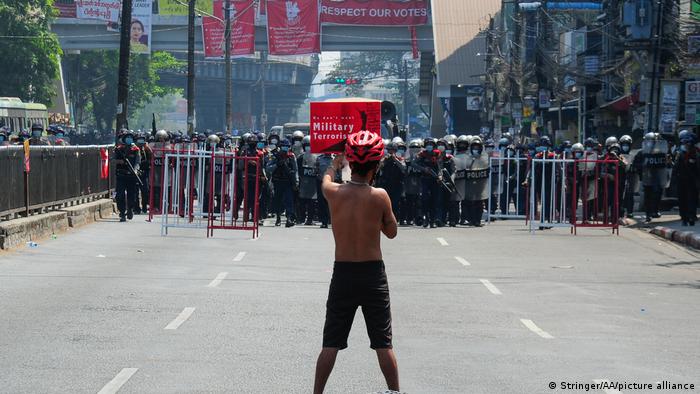 Several people have been injured in Myanmar's two biggest cities

Security forces in Myanmar's two biggest cities cracked down on anti-coup protesters on Friday by firing stun grenades, rubber bullets and shots into the air.

The unrest underscores the rising tensions between a growing revolt and the generals who toppled the elected government of Aung San Suu Kyi in a February 1 coup that shocked the international community, reversing years of progress towards democracy.

"We need further strongest possible action from the international community to immediately end the military coup, to stop oppressing the innocent people, to return the state power to the people and to restore the democracy," Kyaw Moe Tun told the UN General Assembly.

What happened in Friday's protests in Myanmar?

At least one person was wounded in the country's largest city — Yangon — while three more were confirmed wounded in Myanmar's second city — Mandalay — where two protesters were shot in the chest by rubber bullets, and another suffered a leg wound.

Protesters had gathered on a wide road outside a park in Mandalay in the early afternoon when security forces unleashed shots and used flash bang grenades to disperse the crowd.

Bullets, shell casings, and other projectiles were later found by locals on one of Mandalay's principal avenues.

The victims were all taken to a private clinic for treatment. 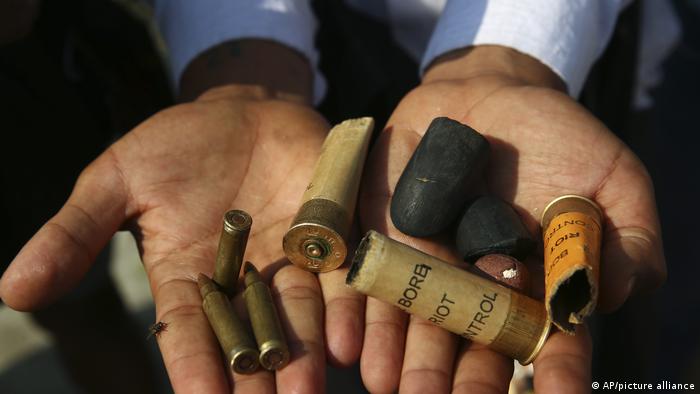 A local displays bullets, shells and rubber used by security forces during a protest in Mandalay

Meanwhile, in Yangon, a Japanese journalist covering a separate protest, was detained by police and later released, according to Japan's Kyodo news agency. Yuki Kitazumi could be seen in a video circulating among media as police arrested him, with one of the officers briefly putting a truncheon around the reporter's neck.

An activist in Yangon, who wished to use the pseudonym of Minn Mhem, told DW protesters will not be giving in to the "military dictatorship" even in the face of escalating aggression from security forces.

Minn Mhem said: "Yesterday military supporters used sharp objects and attacked the protesters, some almost dying. And today I went, at around 10 a.m., the police were marching to us and hitting and shooting us." 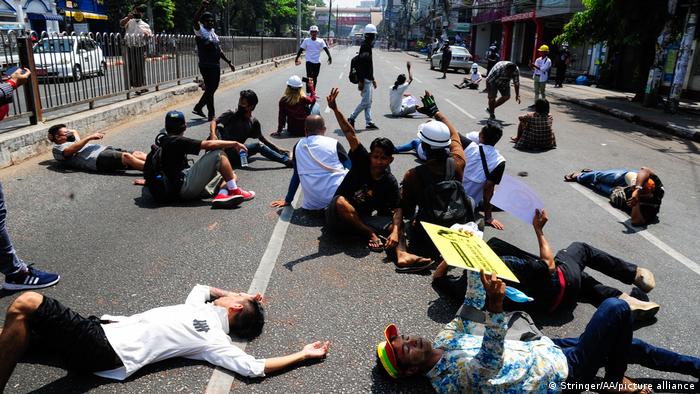 What has happened to Aung San Suu Kyi?

Ousted leader Suu Kyi has been under house arrest in the capital city of Naypyitaw since the military seized control of the country on February 1. Her lawyer said he had not been granted access to her, three days before she is due to return to court, adding that it undermines her right to a fair hearing.

The election commission said the ballot was fair. Activist Minn Menh confirmed to DW that Suu Kyi remains a unifying figure for the protesters' cause. 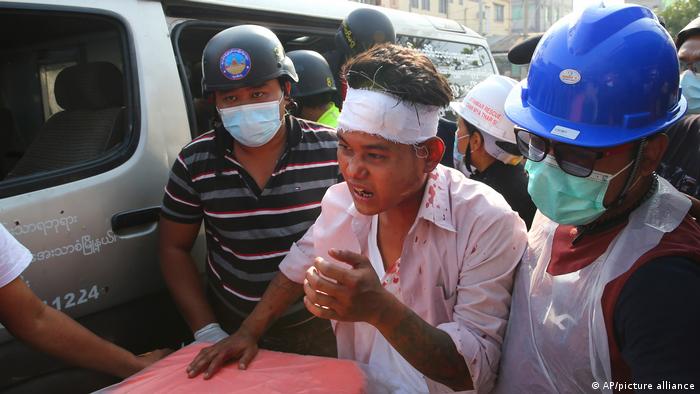 Foreign Minister Retno Marsudi scrapped the trip after protesters said the visit would legitimize the recent coup. She is currently on a tour of ASEAN states to discuss a solution to Myanmar's unrest.

A nighttime curfew was ordered in Blue Nile state after days of violence between the Berti and Hausa tribes. The military coup in October is blamed for a security vacuum that has reignited long-standing disputes.

Thousands of people are taking part in protests to demand the military hand over power to civilians. At least seven people were killed as security forces moved to quash the demonstrations.