Myanmar has adopted a controversial new law which limits the number of spouses that people may have. Critics accuse the last of the "Laws to Protect Race and Religion" of discriminating against the country's Muslims. 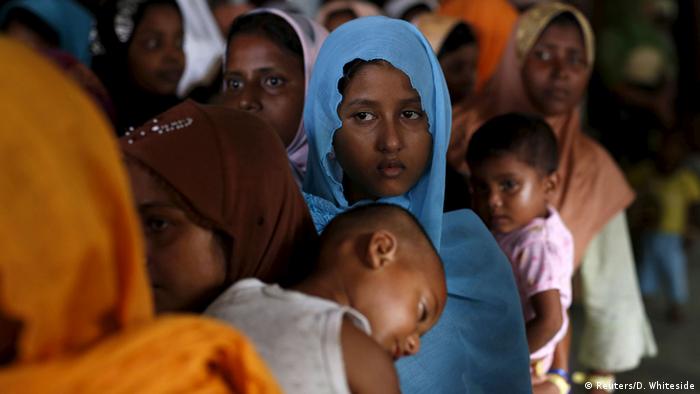 Myanmar's President Thein Sein signed a "Monogamy Law" on Monday, making it illegal for people in the southeast-Asian country to have more than one spouse. This is the last of the four so-called "Laws to Protect Race and Religion" proposed by the hard-line Buddhist group Ma Ba Tha. The group has accused Muslims of trying to take over the country by "outbreeding" its Buddhist majority.

Those found guilty of having more than one spouse or living with someone other than their spouse can face a maximum jail sentence of seven years. Many rights groups condemned the law, saying it targets Myanmar's Muslim minority.

"They set out the potential for discrimination on religious grounds and pose the possibility for serious communal tension," said Phil Robertson, deputy director of the Asia division of Human Rights Watch (HRW). Some Islamic countries and communities permit men to have more than one wife, although the practice is not particularly widespread.

President Thein Sein also signed the "Special Marriage Bill" and the "Religious Conversion Bill," which seek to restrict conversions and interfaith marriages, according to HRW. The marriage law will allow the public posting of marriage applications for a 14-day objection period. Couples may only get married if no objections are made.

Under the aforementioned law, women under 20 years of age must have parental consent to marry a non-Buddhist partner. Additionally, the "Population Control Heath Care Bill," which was adopted in May of this year, requires women in certain regions of Myanmar to wait three years between children.

The government denies that these laws are aimed at Muslims, which make up five percent of the population, but suffer under ethnic community tensions. Conflicts in the western state of Rakhine between ethnic Buddhists and Rohingya Muslims left hundreds dead in 2012, while thousands fled persecution in May of this year.

The general perception about Myanmar's Rohingya conflict is that it is a religious issue. Analyst Siegfried O. Wolf, however, believes the crisis is more politically and economically driven. (04.06.2015)