'My grandfather would have shot me'

Jennifer Teege grew up in a foster family. Only at age 38 did she discover her biological family’s shocking history. Her grandfather was a sadistic Nazi criminal. Teege deals with the revelations in her new book. 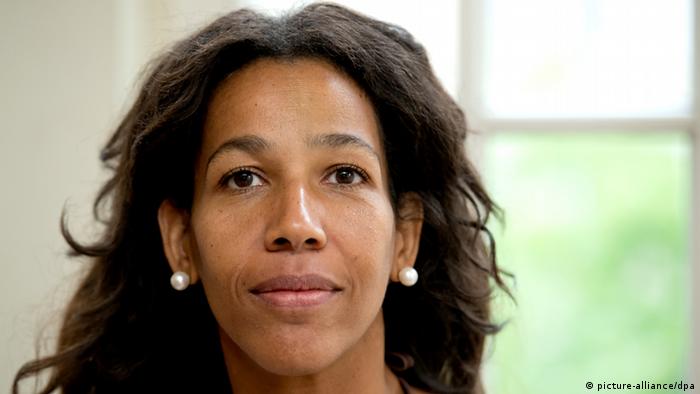 When you hear Jennifer Teege tell her personal story it sounds a lot like a movie. "Many people can't believe that my story is not fiction," she says. And indeed, it sounds a little absurd when a woman in her early 40's with dark skin says she only recently found out that her grandfather is an infamous Nazi criminal.

The man Teege refers to is Amon Göth, the former commander of the concentration camp Plaszow close to Krakow in Poland. The name Amon Göth is still well-known around the world today, thanks in part to Steven Spielberg's 1993 movie "Schindler's List." The award-winning movie portrays two men of the same age but who acted very differently during the Second World War.

Amon Göth killed Jews in a concentration camp; Schindler saved the lives of hundreds of Jews by letting them work in his factory. The country of Israel gave Schindler the honorary title "Righteous among the Nations." Amon Göth was hanged as a war criminal in Poland in 1946.

Murder from his balcony 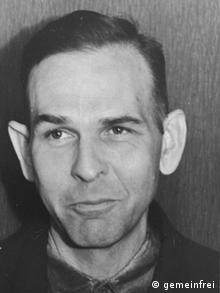 One particularly poignant scene in the movie shows Amon Göth shooting at prisoners from the balcony of his villa in Plaszow. The man became known as the personification of a sadistic Nazi murderer. And Jennifer Teege is his granddaughter.

Teege grew up in a foster family. Her biological father is from Nigeria; her mother is German. She understands what it is like to stick out.

"When I was a child people would comment on my skin color, and that hurt me," Teege told DW in an interview.

Teege studied in Israel, where she met many holocaust survivors. She read to them in German and was glad she wasn't perceived as a German. Nobody in Israel would have thought that this dark-skinned woman was a direct descendent of a Nazi criminal.

In fact, Jennifer Teege didn't know about it for a long time, either. She was brought to a foster home as a little girl. In the beginning her biological mother and grandmother would visit her, but then the contact broke off. At 38 Teege accidentally found a book and recognized her mother on the cover. The book was about the concentration camp commander Amon Göth and his daughter Monika - Jennifer Teege's mother.

Between heroes and monsters

This is where the book starts, which Jennifer Teege is now writing in collaboration with journalist Nikola Sellmair. The title sends chills down your spine: "Amon. My grandfather would have shot me." It is the personal story of Jennifer Teege and her quest for her identity. The book also deals with Germans falling silent in the post-war era about what had happened in the Third Reich, which has an impact yet today.

Younger generations demanded those who actively experienced the Nazi regime to face their past. But "what their own grandfather really did - many don't know about that," writes journalist Nikola Sellmair. In the book she puts Teege's individual story in a historic context. 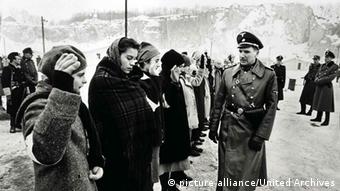 "Many children of famous Nazis are torn between glorification and unlimited hatred of their fathers," Sellmair writes. The son of Hitler's right-hand man, Rudolf Hess, spent his life trying to clear his father's name. The grandniece of Hitler's air force head, Hermann Göring, got voluntarily sterlized "in order to not produce another monster like this." Teege's own mother, Monika Göth, gave numerous interviews about her father, in which she wavers between hatred and justification of his actions.

"It is very easy to distance yourself from Amon Göth, who is such a strong symbol for evil and say 'I am different,'" Teege said. "But there are shades. A person isn't either good or bad." For Teege this differentiation is important, especially to avoid painting the enemy in a false portrait of hatred. After all that's exactly what happened during the Nazi regime, she said. 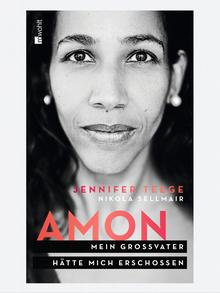 Through her book and research, Teege is facing her family history. She looks through pictures of her grandmother, who temporarily lived with Amon Göth in his concentration camp villa. She often travels to Krakow to the scene of her grandfather's crimes. She meets with historical witnesses who remember the horrors of the past. She reads everything she can find about the Nazi past and talks to psychologists to help process it all. "You think that if you don't talk about something, then it won't have any impact on you. But in my case the silence had a destructive effect," she said.

All her life Teege said she suffered from depression, but now she feels very well. "Your origin is decisive in your own identity, and every person needs to feel their own identity,” Teege said. So far she has focused on her German family history but in the future she wants to get to know Africa and travel to Nigeria - the home of her biological father.

The 98-year-old Hungarian Laszlo Csatary was accused of complicity in the murder of thousands of Jews during World War II. He was arrested in 2012 and lived under house arrest until his death. (12.08.2013)

The Simon Wiesenthal Center has started a poster campaign with the slogan "Late, but not too late." It wants the public's help in finding the last remaining Nazi war criminals. (23.07.2013)