The white variety of asparagus, German expats in the UK and the specter of a British exit from the European Union - don't worry, DW's London correspondent Gerhard Elfers helps you establish a link between the three. 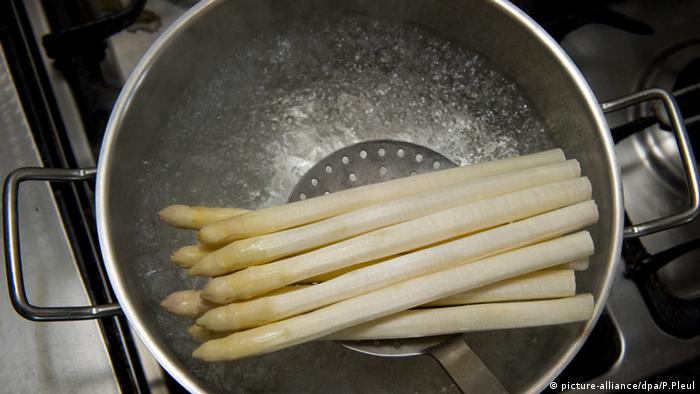 If your idea of a fun night in London is having a bunch of Germans around your dinner table, just do what I did the other day.

Send a text-message to your friends that sounds like this: "People, I'm back in town. Brought 3 kilos of German asparagus from Berlin. Tonight 7 o'clock. Bring Riesling. First come, first serve."

German (i.e. white) asparagus has an almost mythical meaning for German expats. Britons prefer the green variety. You can get the white stuff here too, with some difficulty, but all Germans would agree: it isn't the same. I don't know what's missing. The taste of "Heimaterde?" Maybe it isn't straight enough? The dearth of white asparagus in the UK is the second most popular complaint of Germans who live here, outranked only by the never-ending whine about the poor quality of English windows.

Within minutes, I had five German guests for the night (since you asked: calculate 500g of asparagus per person). I nipped to the shop for new potatoes, some fine cooked ham and lots of butter. Nearly lost the Hollandaise five minutes before serving, but it didn't break this time, hallelujah. Cue lots of ooh-ing and aaah-ing, and after we had exhausted the British-vs.-German asparagus issue, we arrived at Brexit before the second bottle of Riesling was finished.

Around the table was a supremely talented young actress and scriptwriter, her boyfriend, who works for a large Internet company, a fellow London correspondent, a City lawyer and a security analyst for the Metropolitan Police. It was her who kicked it all off by saying that, since she married a Brit, she was not worried about her legal status. But everybody else at the table was, to a degree. 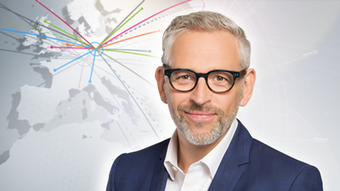 What if they make it more difficult for companies to hire non-Brits, the Internet-whizkid asked. If Brexit happens, the security situation in Europe will not improve, the police analyst remarked darkly, and the journalist said: The EU will be thoroughly pi***d off with the Brits for the damage they have done.

Why on earth do the Brexiteers think that Europe will give Britain a new sweetheart deal after they have given us the finger? Our status here could be used as a bargaining chip in the negotiations, the lawyer observed. And what happens to dual citizenship, the actress asked. They won't come to our front doors with pitchforks and torches, I said. Nobody laughed.

We all realized that this referendum wasn't going to be like a general election, or any of the other domestic political events, which usually leave our easy expat lives untouched. This would be different. The outcome of this referendum will have a long-term, perhaps detrimental effect on the lives of all EU immigrants here.

A multicultural, multilingual metropolis like London rarely makes you feel like a foreigner, because so many people are foreign. But these days, we all tend to feel a bit like, well - white asparagus.

Gerhard Elfers has been in journalism for nearly 30 years, working, among others, for WTN, NBC News and German broadcasters ARD and RTL. Since 2008, he's been DW's business correspondent in London. He is writing a regular column in the run-up to Britain's referendum on European Union membership on June 23.

My Brexit Diary: Conflict of interests

Thinking that Brexit is a bad idea and liking London's former Mayor Boris Johnson (pictured) seems a bit like trying to square the circle. Can DW's London correspondent Gerhard Elfers do the trick? - Read on! (23.05.2016)

DW's London correspondent Gerhard Elfers says there may be many reasons the British may want to leave the European Union. But he feels English-language purity would be dealt another serious blow, if that happened. (17.05.2016)

My Brexit Diary: The red man

No matter where Gerhard Elfers goes, he can't escape The Question: Why would Brits ever want to leave the EU? The answer, he tells them, can be found any time you see Germans waiting at traffic lights. (06.05.2016)