For our Europe correspondent Bernd Riegert, 2015 was the year of the "super crisis." As he reports, he was shaken by visits to refugee camps, a lack of solidarity among EU members and poor crisis management. 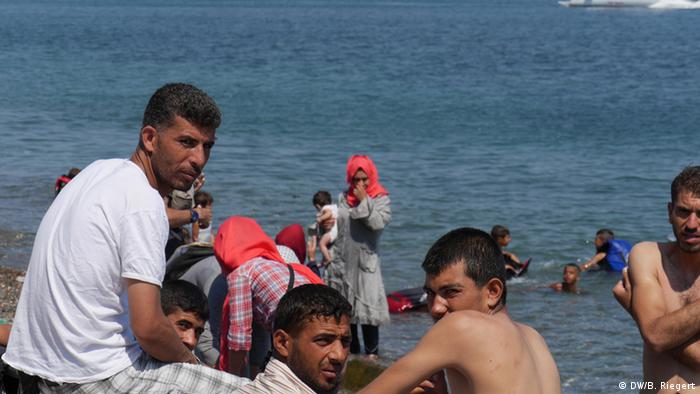 Headed for Europe: Syrian refugees waiting on the beach in Kos to travel on further north

It was a nightmare: I saw people in situations this year that I thought could only take place in far-away crisis regions, not right here in the middle of Europe, in the heart of the EU.

I waited with refugees at night outside the entrance to the Channel Tunnel in Calais, and walked through the camps known as "The Jungle." A disgrace for both the UK and France.

I had to report on a group of refugees that suffocated to death in a truck abandoned by people smugglers in Austria. I was on the hot beach in Kos, Greece, where refugees were forced to wait for days to be registered, without being given any water.

I was in a makeshift tent camp for refugees in downtown Brussels. There, in the middle of the European capital, just a few kilometers from the corridors of power of the EU, which held more emergency summits in 2015 than ever before, people are living in mud while waiting to be received by Belgian authorities. 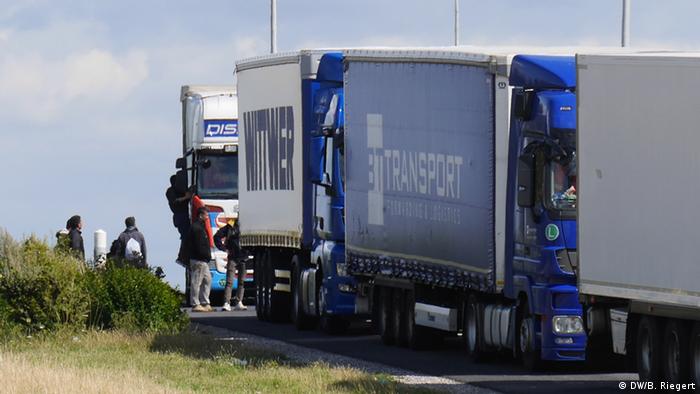 Refugees trying to board trucks in Calais

I was on the border between Serbia and Croatia, in the village of Tovarnik, where police and officials were completely unprepared to deal with the crowds of people crossing the fields and filling the entire village. The police responded with violence.

In the end, panicking families were herded onto buses. People on the verge of collapse, crying children - everyone had to board the buses that took them to some point along the Hungarian border. Every journalist on the scene was shocked. We handed over some food and bottles of water; there was nothing else we could do. 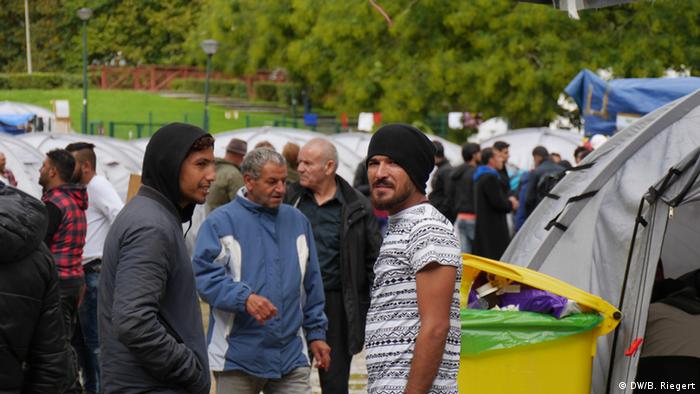 Stranded in Brussels: authorities are not coping with the flood of applications

These were the kind of conditions that I never imagined I might see in a civilized, organized Europe. After a few days, I was back at my desk in Brussels. It was so easy for me to board a plane from Kos or Zagreb and travel across Europe in just a few hours.

The people I met on Kos or in Tovarnik took weeks to travel the same distance, if they even made it to their destination. An inhumane obstacle course on Europe's borders.

At the same time in the EU buildings in Brussels, members states were at each others' throats because they couldn't agree on how to manage the refugee crisis or distribute the asylum seekers across individual states.

The horrors facing these people seem so far away in Brussels; what counts there are national interests. And now, at the year's end, solidarity among members is at an all-time low. All that can be done is to threaten to cut off funds from Brussels to those member states which refuse to accept refugees.

The numerous, overlapping crises this year were simply too much for the EU. In addition to the refugee crisis, there were other problems: the Greek debt crisis, a lack of control at the bloc's external borders, and fear of terror attacks.

The positive image I've always had of Europe has been badly shaken. EU Commission President Jean-Claude Juncker has said only that these crises will remain, and new ones will come. It's a bleak outlook for Europe in 2016.

Merkel and the CDU have said the number of refugees in Germany would be reduced through smart policies. But Germany's doors remain open despite the huge influx this year. (30.12.2015)

In Germany, robots will teach refugee children the language