Several major tech companies will be presenting their mobile phone novelties at Mobile World Congress (MWC) in Barcelona in coming days. Let's have a preview of expected highlights. 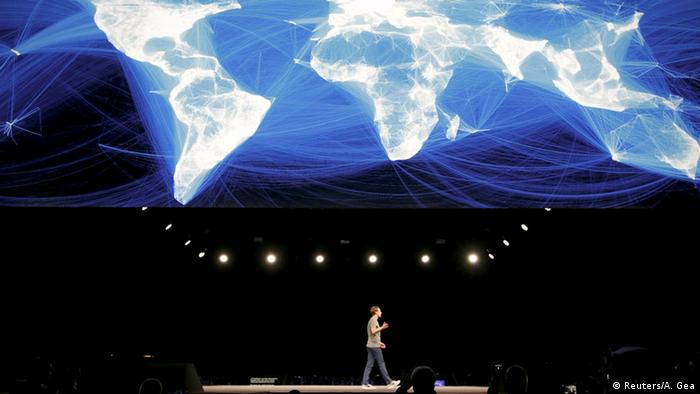 Mark Zuckerberg on stage at MWC 2016, below a map that showcases how digitally hyper-interconnected the world is rapidly getting

Tens of thousands of digital technology aficionados (last year there were 101,000) will stream to the Mobile World Congress in Barcelona to see the latest mobile gadgets and features. Smartphone sales have decreased overall during the last couple of years, and the devices are very similar across brands. The most exciting highlights aren't the smartphones themselves:

There are moments when we all miss our simple, non-smart mobile phones (especially those 'dammit - the battery's empty again!' moments). You still have one somewhere, right? Maybe buried in the back of a drawer in your bedroom or home office? 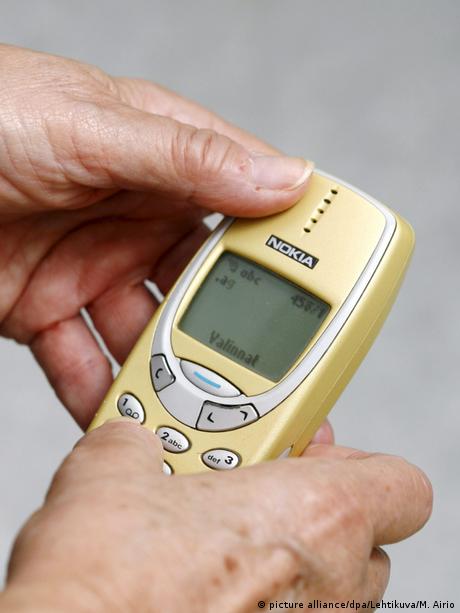 The Nokia 3310, from when the world was young. Let a tear roll down your cheek. Let's have a moment of silence in rememberance of faded youth and glory

Samsung revived the folding mobile phone this past autumn in China, with the Galaxy Folder 2. Nokia (now HMD Global Oy) may be about to retrieve the old clunkers again - in form, at any rate - from its own chest of drawers, according to phone-leaker Evan Blass.

At MWC on Sunday, the company with the rights to the Nokia brand presented a tribute to the almost indestructible Nokia 3310. It's a clever marketing move, aimed at attracting old Nokia fans to HMD's new models. But hey - take a memo, HMD: if "Snake" isn't on it, we don't want it! 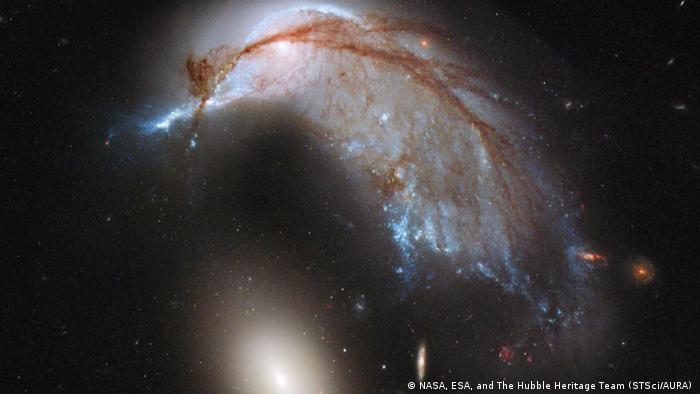 Two galaxies interacting: NGC 2936 (at top) and NGC 2937 (at bottom). What does this have to do with Samsung Galaxy 2? Nothing. But it's a cool picture, right? And you're a sci-tech aficionado, aren't you?

Update: The price for an original 3310 on ebay Germany has been increasing since Christmas.

5G networks are actually still some distance off in the future. But they're a work in progress, and that progress includes the fact that the 5G standard now has its own logo. 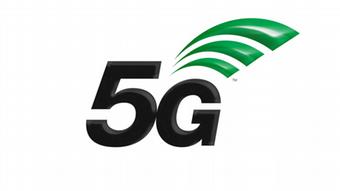 The logo for 5G mobile standard, which you'll see on a great many devices, starting a couple of years from now

What will the fifth-generation network standard make possible? Among other things, the networking of pretty much every device in our environment via the Internet of Things, plus unimaginably blazing-fast download speeds and latencies.

"But not everything that's possible with 5G will be possible at the same time, at least not at first" according to Thomas Magedanz, head of software-based networks research at Germany's Fraunhofer Institute. "5G infrastructure will initially have the choice either of supporting a great many networked devices, in the sense of the Internet of Things. Or supporting computers with very high download speeds for consumers." 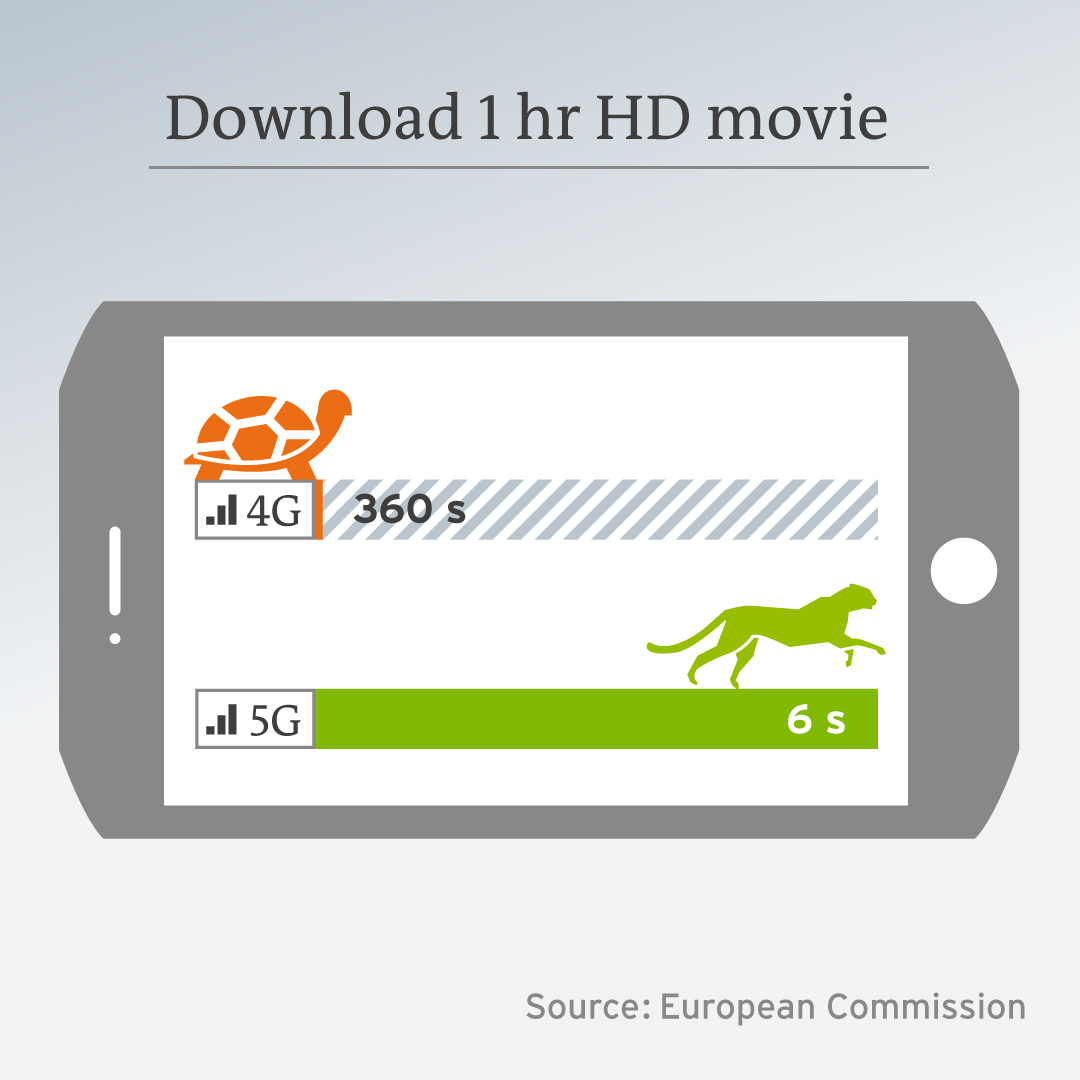 A comparison of the relative download speeds of 5G and 4G

A few days ago, LG announced a deal with Qualcomm to bring the 5G standard to automobiles. There's a plan to test 5G during the Olympic Winter Games in Seoul in 2018.

So the timing is good for Chinese mobile phone maker ZTE to present its "Gigabit Phone" at MWC. They're saying the phone will not only be "5G Ready," but also equipped with 360-degree VR and 4K ultra-high-resolution viewscreen resolution, making it an early heavyweight in video capabilities. That should come in handy for viewing Winter Games events online.

2016 was the year of breakthrough Virtual Reality (VR) headsets - and work on those continues. This year, mobile VR is on the menu. 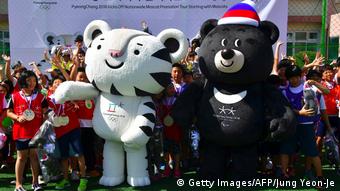 The Seoul Winter Olympics has not one, not one and half - no! - it has TWO mascots. A white tiger called Soohorang (left) and an Asiatic black bear named Bandabi. Both, unfortunately, suffer from megacephaly

"Mobile VR will finally bring the breakthrough for VR, because people can afford it," says Sarah Hill of StoryUp. She has been working with VR technology for about 15 years at her company. According to rumors (when were rumors ever wrong?) the iPhone 8 is meant to become a hot new VR tool, with an integrated 360-degree camera system.

Other companies are racing to beat Apple to the punch. LG is bringing its new G6 to the MWC, which will remain faithful to LG's dual-camera winkle (which admittedly can't quite manage 360 degrees). Samsung took the first step with the Gear 360 last year, and wants to present a set of VR glasses at MWC. 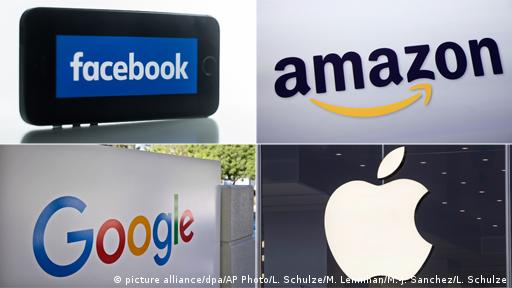 Some of the companies currently inventing the future - including the VR (virtual reality) immersive future likely to preoccupy much of your life's time, or that of your friends and relatives, starting very soon

Voice is making a comeback! Not just voice messages that combine the best of telephone (ah, a human voice) and e-mail (no time now, get back to you later!): Talking digital assistants are on the rise. Google Assistant (Alphabet), Siri (Apple) and Cortana (Microsoft) will be joined by Alexa (Amazon, soon on Huawei devices in the USA) and colleagues from LG, Sony and Samsung. The most common uses to which consumers put their digital assistants in 2016 were, according to the statistics agency Statista: setting the smartphone's alarm clock, playing music, and turning lights on and off. We're hoping for more exciting applications to be presented at MWC. 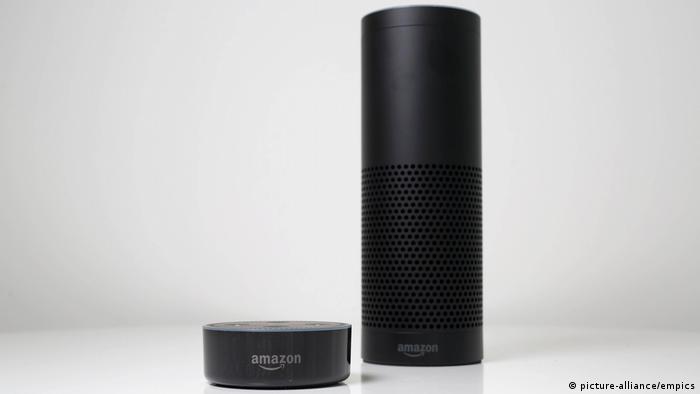 Amazon Echo (right) and the Echo Dot (left) at a product launch in London, September 2016. These gadgets follow voice commands and do stuff like play back music from your collection - or from the cloud

Often, voice-activated Digital Assistants are conceptually identified with Artificial Intelligence (AI). But merely enabling voice-actuated music playback isn't enough these days to have a robot be considered smart. Now, mobile AI includes behavioral analysis - systems that allow the machine to learn unsupervised ("deep learning"), based on analyzing the flow of data that it's exposed to. For example, HTC plans to use such an AI system in its U Play and U Ultra mobile phones - although the versions the manufacturer is bringing along to this year's MWC probably won't include that feature. 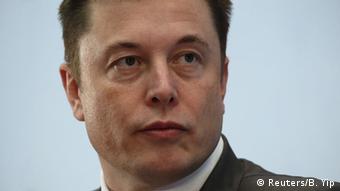 Technology mogul Elon Musk believes that ASI - artificial superintelligence, i.e. smarter-than-human general artificial intelligence - is a near-term inevitability. And he worries that it will get completely out of control and presents an existential risk to humanity.

It's worth noting that most of the new-generation AI computations don't actually occur on the phone itself - that would take too much computational power for a hand-held device, at this stage in the evolution of digital technology (you can expect that to change within some number of years). Instead, AI calculations are outsourced to the cloud. Google & Co will therefore be able to 'listen in' and mine the data traffic you generate via your phone... These features aren't for people who like to keep their data to themselves!

Apple isn't coming to MWC. That's normal - Apple never comes to the show-and-tell meetings frequented by the other telecomm technology firms, because their marketing strategy is to claim that they're special and different. That's well known.

But some other big names have been sitting out MWC too, or will be limiting their exposure to private meetings. Xiaomi is completely out. OnePlus and HTC are expected to show very little. And Samsung has deferred its planned introduction of the Galaxy S8 - because the company is giving itself some extra time to recuperate after its problem with flammable Note7 batteries, by making an effort to engineer a new top-quality smartphone, so as to rebuild its reputation with consumers. 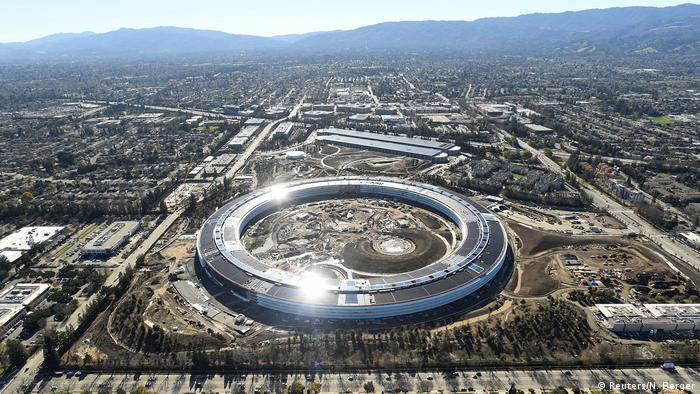 Apple Campus 2 under construction in Cupertino, California. One ring to bind them all... Foto from 13 January 2017

Is there a trend we've missed? Are you worried or stoked about having artificial intelligence systems at work on your mobile phone and data processed in the cloud? Write us in the comments, tell us what you find exciting.

We're on-site at MWC in Barcelona and will be reporting live on Twitter and Facebook about any and all interesting tech trends we encounter.