Prize-winning Egyptian journalist, Ahmed Abu Deraa, is being tried in a military court for criticizing his country's armed forces. The case highlights the threat to the media and press freedom in Egypt. 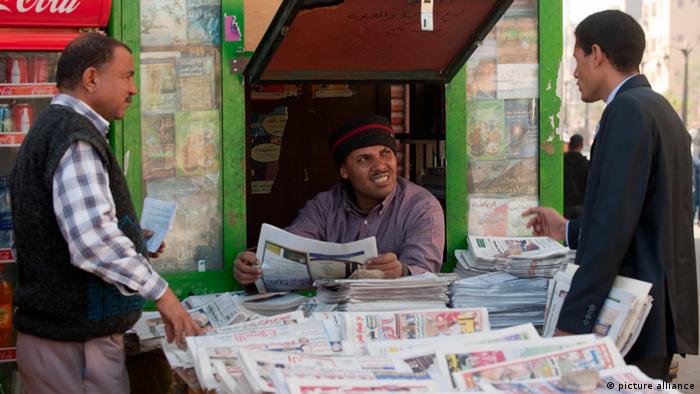 Curious, well-connected and always the first to the scene in Cairo: That is how colleagues describe the Egyptian journalist, Ahmed Abu Deraa. For his reports on human trafficking on the Sinai Peninsula, the 38-year-old was honored with the prestigious Samir Kassir Prize for Journalism last year.

"Ahmed Abu Deraa always wants every bit of news confirmed at the source. He had many ways of getting at information, especially because he comes from a Bedouin family," said Mohammed Abu Adham, a long-time colleague of Deraa.

For the Egyptian army, however, Abu Deraa is a criminal. He allegedly filmed military installations and intentionally spread erroneous news, the army claims.

Abu Deraa recently reported that the armed forces struck a mosque and apartment buildings in an attack on jihadist positions in Sinai. For this claim he now must answer before a military court in Cairo. The trial began on Saturday (28.09.2013) and is slated to continue this week. If found guilty, Abu Deraa could face many years in prison. 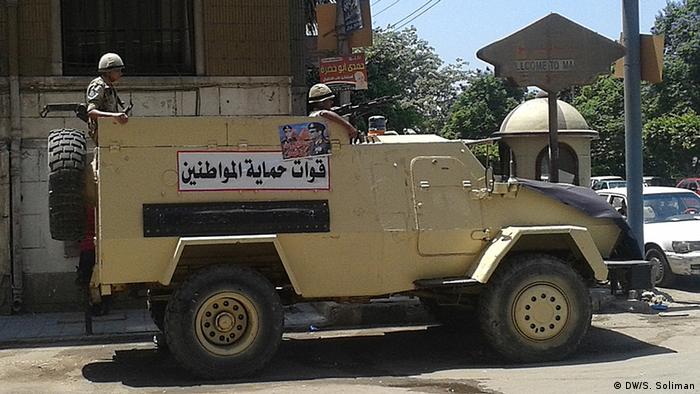 The case against Abu Deraa has made big waves in Egypt because it affects two key points in the fight for more democracy: press freedom and military trials against civilians. Both issues were central demands of the Egyptian uprising against former president, Hosni Mubarak. However, no crucial breakthrough has been achieved in the fight for either in the two and a half years since the uprising.

The brief Arab Spring of press freedom in Egypt that emerged with the ouster of Mubarak withered soon after Islamist president, Mohammed Morsi, took office in the summer of 2012. Ever since the military returned to power state media once again has been forced to toe the line.

The situation is particularly awkward for correspondents reporting from Sinai, where violent clashes between security forces and jihadists have been ongoing since the fall of Morsi.

In the view of Egyptian generals, however, the 'muzzle' Mubarak is referring to is not fastened snuggly enough, apparently leading Army spokesman Ahmed Ali on Saturday to announce additional restrictions for the media.

Now, any news involving the military must first be cleared with the armed forces before it is published. National security required responsibility from all sides, the military said. For journalists in Sinai the announcement does not bode well. 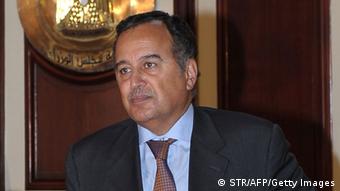 The emergency laws reactivated after the fall of Morsi have made the work of the media more difficult. The laws give the army a free hand to arrest critics of any color and bring them before a military court.

The transitional government has said that it plans to end military trials against civilians once and for all. Foreign Minister Nabil Fahmy reiterated his government's intention at the UN General Assembly in New York last week.

Human rights activists in Egypt, meanwhile, hope to seize this opportunity. "This is the only possible time we can raise the issue," explained Hafez Abu Saeda, chairman of the Egyptian Human Rights Organization. "If we let this opportunity pass that would mean the situation would not change. We would then continue to see civilians in military courts," he said. Abu Saeda admits, however, that it will be a hard struggle with the military; not least because the army is riding an unprecedented wave of popularity.

In a first draft of the country's new constitution, military trials are mentioned. Article 174 states, however, that they will only be used for crimes that represent a "direct attack against the military."

Anti-Christian violence is on the rise in Egypt. Just a month ago, 45 churches and buildings were burned to the ground. But will Egyptian security forces do anything to stop it? (15.09.2013)

Conflict on rise in Egypt as protesters take to the streets

Tensions have risen further in Egypt as supporters and opponents of ex-president Mohammed Morsi clashed. Protests staged around the country have come a day after a nationwide state of emergency was extended. (13.09.2013)

Finland: Journalists on trial over disclosure of defense secrets 25.08.2022

In an unprecedented case, three Finnish journalists are being tried on charges of publishing classified defense intelligence in a newspaper article.