Muslim cleric stands up against extremism in Bosnia | Europe | News and current affairs from around the continent | DW | 20.06.2016

Imam Suleiman inspires the members of his Sarajevo congregation. He speaks to their hearts with his open nature - and warns against all forms of extremism. Daniel Heinrich visited him in Bosnia. 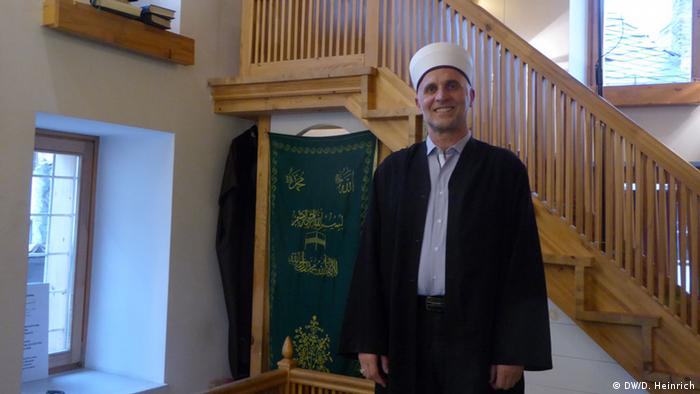 The "Bijela dzamija," or "White Mosque," in the old part of Sarajevo, is full. Hundreds of people are crowding into the grounds of this place of worship. Men sit to the left of the entrance, women to the right. Between them, the shoes of the faithful are piled high. Inside, Imam Suleiman (pictured above) gives his all: the message of his Quran exegesis is broadcast into the mosque's courtyard via loudspeakers.

"Above all, I want to bring people together in dialogue. I want different social groups to approach each other openly," says the youthful-looking man in his mid-fifties. The belief that there is "good" in everyone is important to him. "Ultimately, it is no one's business what faith a person belongs to. That is an issue between that person and the Almighty," says the imam.

In his congregation, he is preaching to the converted with such sermons. Most Bosniaks - as Muslims in Bosnia and Herzegovina are generally called - think similarly. They believe in a liberal form of Islam and emphasize the common roots of the monotheistic religions. That belief is corroborated by, among other things, a recent study from the PEW Research Center: according to the report, sixty percent of all Bosniaks acknowledge the shared roots of Christianity and Islam. 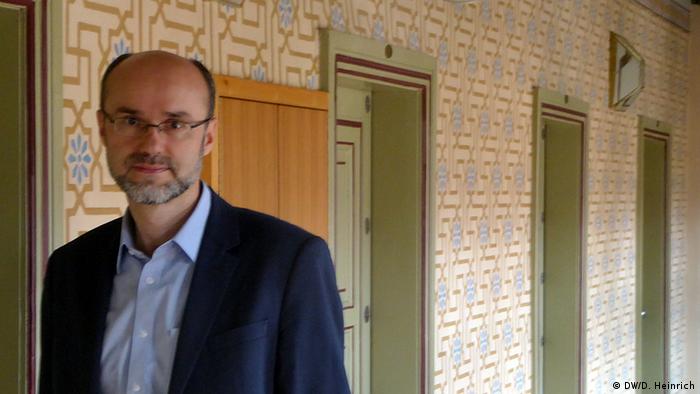 Ahmet Alibasic, an assistant professor in the Islamic Studies Department at the University of Sarajevo, points out that most Bosniaks feel much closer to European values than to the cultures of their fellow believers in other countries.

"You could see that in the conduct of Bosniaks during the Yugoslav War. Most of those that fled to other Muslim countries either quickly returned home, or moved on to liberal countries like Germany, Austria, New Zealand or Australia," says Alibasic. Very few remained in conservative countries like Turkey or Malaysia. It definitely had nothing to do with economics: "Malaysia, for instance, was doing really well economically during the 1990s. It was a cultural issue. The Bosniaks simply could not deal with the culture there," he adds.

'Never forget what Germany did for us'

Like many in his generation, Adis Hasakovic also experienced life in other countries and with different cultures. During the Yugoslav War, he fled to Germany. He lived there for ten years, first in Saarbrücken, then in Mainz. He still gushes about how freely he could live out his faith in Germany. Meanwhile, he is back in Bosnia and Herzegovina, where he makes a good living as a self-employed communications advisor. He visits Germany often, as part of his family still lives there.

"I will never forget what Germany did for us when we were in trouble," Hasakovic says. He adds, "I think we can make a special contribution to Europe with our culture. We are European Muslims, we are very proud of that, and we get on very well with other Europeans. And right now, that is really, really important." 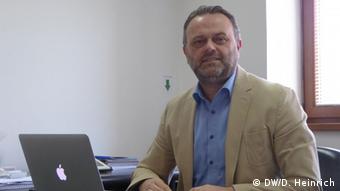 Hasakovic lived in Germany for 10 years

Tolerance and understanding for other lifestyles is evident throughout the country, even during Ramadan. Yes, people fast, but it is taken for granted that restaurants and bars are open during the day and that alcohol is also served. Ahmet Alibasic says that his country's openness is anchored in Bosnian history: "We have been bringing together Islamic tradition and European values since the middle of the nineteenth century. This phenomenon, which is often referred to with the term modernization, already began under Ottoman rule," he says. "It started with individual rights, by reconciling human rights and the rule of law with Islam. The first Bosnian constitution under the Ottomans was also created in that spirit."

A few blocks from the university, Imam Suleiman is trying to convey his values to his flock. He doesn't use historical terms, but rather everyday examples and simple words. Regardless of whether they are twenty-somethings with smartphones, or fifty-somethings with prayer beads: everyone is patiently standing in the rain listening to his thirty minute exegesis, hoping for a chance to shake his hand later and ask for his advice - something the imam does willingly, laughing tirelessly despite the long day. 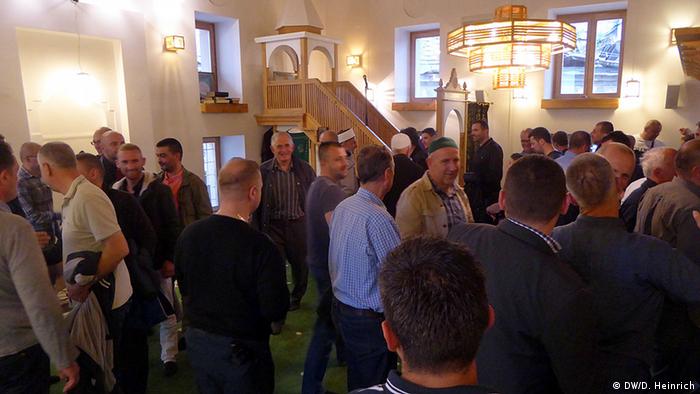 Members of Sarajevo's Muslim community gather in the White Mosque

But one message, above all, burns in his heart as he concludes. In the shadow of Islamic terrorism and "Islamic State" attacks in Europe, he wants to give his foreign guest something to think about when he leaves: "What those extremists will never understand is the fact that Muslims do not have exclusive rights to the one true faith. Islam is not the faith of the Turks, the Arabs, the Americans or the Germans." The only one that faith is attributed to, is the Creator himself: "One must speak much more about faith and about the principles of faith. And one of the most important principles of faith dictates that all forms of extremism are strictly forbidden."

He wants to take a photo before he bids farewell, and then he rushes home. Iftar, the daily breaking of the Ramadan fast, begins in half an hour. He can hardly wait. For despite the importance of theological philosophizing - at some point, even a man of God gets the very earthly feeling of being hungry.