Muslim Brotherhood is big winner in Egypt but needs partners | World | Breaking news and perspectives from around the globe | DW | 18.01.2012

Muslim Brotherhood is big winner in Egypt but needs partners

The Islamist parties emerged as the victors in Egypt's elections. But none will be able to go it alone in ruling the country - and it is still unclear whether the military council will willingly hand over complete power. 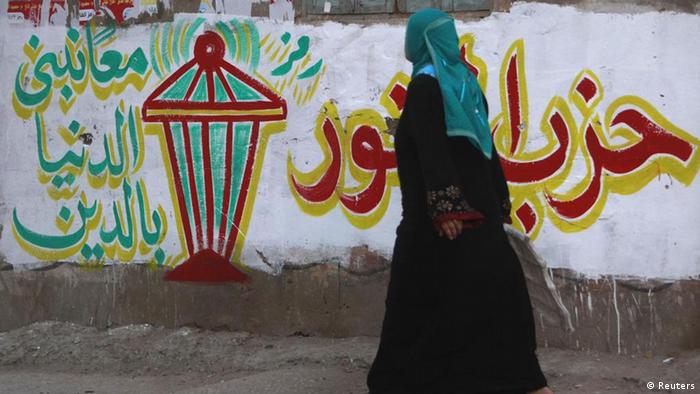 For the first time in decades, Egypt has held free elections. And the people have apparently decided that they want to be governed by Islamists. The final results of the multi-stage elections for the parliament are expected at the end of January. But already it is clear that the Muslim Brotherhood's Freedom and Justice Party (FJP) is expected to take about 46 percent of the 498 seats in the People's Assembly.

But not only the Muslim Brotherhood is celebrating its victory. The Islamic conservative Salafi party Al Nour came in second after claiming some 25 percent - even though it is a newcomer on Egypt's political scene. The "Party of Light" has only been in existence for six months.

The election results in Egypt have even put Egyptian political heavyweight Amr Mussa, longtime secretary general of the Arab League and presidential hopeful, at a loss for words. He has spoken of the course of democracy, whose results have to accepted. The activists from Tahrir Square were unable to make themselves and their parties well-known enough last year to ensure their election. And even the supporters of the former regime under Hosni Mubarak will only hold some 20 seats. 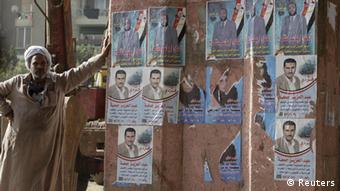 Egypt's political landscape was redrawn by the overthrow of Hosni Mubarak

The next days and weeks will show what path the journey on the Nile will take. While the Salafists stress that they will not move away from their strict Islamic norms, the Muslim Brotherhood is presenting itself as a moderate party. Several of its leading representatives even participated in the Coptic Christmas services in Cairo's cathedral at the beginning of January, speaking of "tolerance and moderation."

The Muslim Brotherhood, but also the Salafists, see their success as the yield of decades of religious advocacy, their social commitment and their work as a credible opposition to the former Mubarak regime.

"The Muslim Brotherhood was simply the best-organized party during the election campaign," said Ronald Meinardus, regional director of the Friedrich Naumann Foundation in Cairo.

But since the Muslim Brotherhood was unable to win an absolute majority, it is now in search of a coalition partner - especially since no party wants to alone take over the responsibility for the difficult situation in Egypt, said German-Egyptian journalist Karim El-Gawhary. He says he doesn't believe that the moderate Muslim Brotherhood with join forces with the radical Islamists from Al Nour.

"Both parties have very different ideas of how politics and Islam should be combined," said El-Gawhary, who reports from Cairo for various German publications. The Muslim Brotherhood has been putting out its feelers for weeks now in the direction of the liberal camp, he said. There is already intensive talk about a coalition with the liberal Wafd party.

No going it alone

The youth uprising in Egypt presented a major opportunity for change - and the Islamists have taken advantage of it. 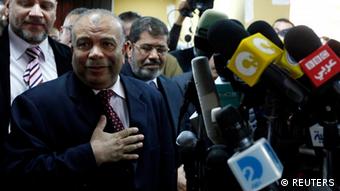 "This is unfortunate for those who initiated the revolution and have been marginalized in the entire political discussion," Meinardus said. "The withdrawal of Mohamed ElBaradei as a presidential candidate was spectacular evidence of this powerlessness of the liberal parties."

Even if the FJP Islamists did not embrace the ideals of the protest movement, they know that they can not act completely independently. The West, therefore, need not fear that the country will develop into a theocracy. According to El-Gawhary, Egypt has a relatively limited political scope. The future government is dependent on the West if it wants to get a grip on its biggest problem: the sorry state of the economy. The Egyptian government has just asked the International Monetary Fund for $3.2 billion (2.5 billion euros) in financial assistance. Unemployment levels are at an all-time high.

The Islamist leadership is well aware that Egypt's economic and social problems can only be solved if the population is united and foreign trust in the country is not put at risk. Only then will tourists and investors return to Egypt and only then can the national debt be curtailed.

Role of the military

Domestically, the Muslim Brotherhood still faces a power struggle with the governing military council. At the moment, it has been very guarded in its remarks on the Supreme Council of the Armed Forces (SCAF). The fear of a destabilization in the country is too great. Many organizers of the mass protests, however, believe that the Muslim Brotherhood has secretly agreed with the military on a power-sharing plan. Meinardus said he believed the central question was not when the military would hand over power but rather to which extent.

Meinardus said that history showed that positions of power are not cleared without any resistance. The next few days will tell if this holds true. On January 23, the parliament is supposed to come together for the first time and elect a 100-strong committee to draft a constitution and define which role the SCAF will play in Egypt's future order.

Should the military council, contrary to its promises, not sufficiently hand over power or not allow the foundation of a political landscape in Egypt, this is likely to lead to more instability. The West should therefore clearly consider who it wants to support if it is interested in the region's stability, El-Gawhary said.

Egyptian writer Mansoura Ez Eldin sketches a bleak picture of post-revolutionary social conditions in her homeland, where she says women face political marginalization and are being robbed of their basic rights. (16.01.2012)

After a victory by Islamist parties in the first round of elections, liberal critic Mohamed ElBaradei has ended his presidential bid amid concerns that Egypt's military rulers have mismanaged the transition to democracy. (14.01.2012)

Killing, exile, or a fair trial? The Arab Spring states have treated their fallen dictators in strikingly different ways. There is no legal consensus on how the nascent states are dealing with their past. (13.01.2012)