Your ticket to the German classical music festival scene: Concert Hour has the picks of the season — two hours of music updated regularly. Along with host Rick Fulker, the musicians themselves are on hand to give their insights into the events and the music.

Composer Anton Webern explained his rationale for adapting a ricercar — an elaborate composition popular in the late Baroque and early Renaissance periods — from Bach's "A Musical Offering" for orchestra. "In my instrumentation, I want to show how the motifs are connected. And beyond that, of course, this hints at how I perceive the character of this piece," he said.

Composed in 1940 and not quite ten minutes long, the second piece of music in this edition is Webern's opus 30 Orchestral Variations, a dense and rich cosmos of reduction, as conductor Vladimir Jurowski describes it. "While at work on it, Webern wrote a letter saying it was twenty minutes long. And the piece already existed! So this is essentially twenty of minutes of content packed into ten minutes of music – and every miniscule event is of cosmic importance."

The third piece is an abridged version of Alban Berg's opera Wozzeck, where we hear Marie, the main female character, in three emotional states: euphoria; then recognizing her vulnerability, and finally, desperation. "Could this intensity leave anyone cold?" asks Anne Schwanewilms, the soprano playing the character. "I had tears in my eyes."

Fugue in six voices from A Musical Offering

Three fragments from the opera Wozzeck for soprano, children's chorus and orchestra, op. 7 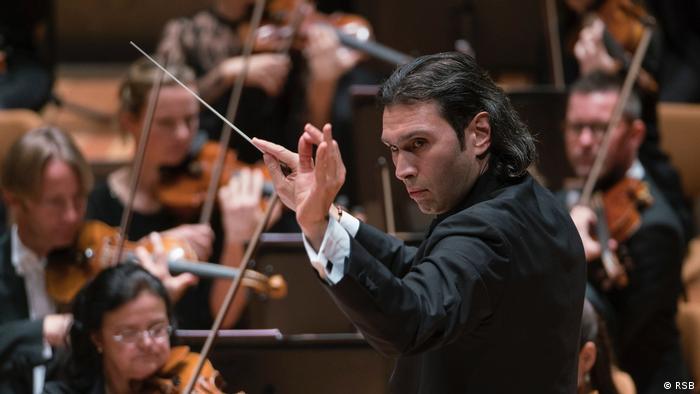 Recorded by Deutschlandfunk Kultur, Berlin (DLF) in the Berlin Philharmonie on September 5, 2020

Recorded by Deutschlandfunk Kultur, Berlin (DLF) in the Berlin Philharmonie on September 11, 2020

Rebroadcasting rights: one broadcast before December 20, 2021

In this part, we move from 1970s Soviet music by Alfred Schnittke to an unusual version of Beethoven's Symphony No. 5.

Alfred Schnittke wrote music for films and theater plays – and then recycled that material into very unique pieces that he called "polystylistic" and that gave him a reputation for being a musical architect. In his Concerto Grosso No. 1 of 1978, Schnittke stages a clash of the centuries, as the piece leaps through time in an array of styles. "Schnittke doesn't quote melodies," says Vladimir Jurowski. "He quotes styles — and wraps them in a layer of irony. With Schnittke you never know: Does he mean it seriously or is this some kind of ironic exaggeration?"

What makes the performance of Beethoven's Fifth on this program unusual? "We're playing the third movement in its original form," says Vladimir Jurowski. "This is not how we're used to hearing it. For the world premiere, Beethoven shortened it. He was afraid that the musicians wouldn't be able to manage the many repetitions. And it's been performed in the truncated form ever since. This symphony is magnificent because the most important things in it happen in the third and fourth movements. Of course, the first movement is strong, but it's only the kernel. You can only appreciate the true development if you hear the third and fourth movements in their original length of nearly twenty minutes."

Recorded by Deutschlandfunk Kultur, Berlin (DLF) in the Berlin Philharmonie on September 5, 2020

Recorded by Deutschlandfunk Kultur, Berlin (DLF) in the Berlin Philharmonie on September 11, 2020

Rebroadcasting rights: one broadcast before December 20, 2021

The opening of Göttingen's Handel Festival on May 29 is the start of what one could even call the Handel season in Germany. On June 5, a fest devoted to the German-born composer begins in Halle.

Black classical composers to listen to

Some are known, some not — but all are worth a re-examination as the artistic contribution of people of color shifts into the spotlight.