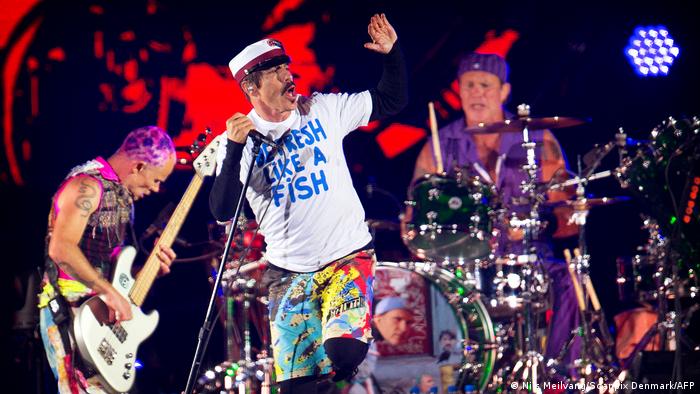 Publishing rights are a lucrative business, as Michael Jackson found out after he acquired 251 Beatles songs for more than $47 million in 1985 and doubled his money 10 years later.

But that catalog was cheap by today's standards.

Bob Dylan sold all his song rights to Universal Music for what Rolling Stone magazine estimates to be around $400 million in late 2020. Dylan had been one of the few artists who had retained the rights to their own catalog. But the balladeer has joined a slew of top-selling music artists who have recently made their publishing rights prized currency in a song acquisition boom.

Just this week, the Red Hot Chili Peppers also got in on the act. The evergreen rock four-piece sold their publishing rights to Hipgnosis Songs Fund for over $140 million (€116.2 million), according to the music publication Billboard.

Earlier this year, Neil Young also sold the rights to 50% of his songs, including such classics as "Heart of Gold," to the same investment fund for a reported $150 million.

Similar megadeals were also recently struck between Hipgnosis, which was founded in 2018, and the diva Shakira, as well as with former Fleetwood Mac member Lindsey Buckingham, pop icon Blondie and disco legends Chic.

Indeed, Rolling Stone reports  that Hipgnosis had made a rival $400 million bid for Bob Dylan's catalog before he signed with Universal Music for a similar sum.

What is driving the song selloff?

The music economist Peter Tschmuck, of the University of Music and Performing Arts in Vienna, said the motivations for these rights sales varied. "It could be an additional source of income, since, after all, many performance opportunities have been eliminated," he says of younger artists selling publishing rights in the midst of a pandemic. Meanwhile, older artists like Dylan might be wanting to ensure that their music legacy is properly managed for future generations, Tschmuck believes.

Selling rights has also become necessary in the brave new world of online music streaming, where revenues are much lower than traditional hard copy record sales.

"There are still a lot of legacy contracts where artists are treated more or less the same way when they stream music as when they sell records," Tschmuck said. He added that what was a good deal for record sales is unsustainable for artists relying on low-subscription-price streaming services.

Song rights acquisitions can be highly lucrative in the long term as they can be exploited for up to 70 years after a musician's death.

The holder of music rights can also sell songs across diverse media such as films and streaming portals, as well as for advertising and cover versions. This expands the base for royalties way beyond record or streaming sales and radio airplay.

Hipgnosis, for example, holds the rights to four songs alone that can be heard in the fourth season of the hit streaming series The Crown. It's a glimpse into the way global content platforms like Netflix have also become a cash cow for music publishers, and partly explains the unprecedented money being paid for legacy artist publishing rights.

Hipgnosis has led the way into this diversified music rights space and, in three short years, the company has given the industry giants Universal Music, Warner and Sony Music a run for their money. The founders, Nile Rodgers and Merck Mercuriadis, are no strangers to the industry. Mercuriadis managed Elton John, Iron Maiden, Guns N' Roses and Beyoncé, while partner Rodgers was a member of the band Chic and producer for David Bowie and Madonna, among others.

According to the Hipgnosis website, the pair not only want to make a profit for their shareholders, but also offer artists fair sums for song rights: The-Dream, songwriter, producer and one of the first to strike deals with at Hipgnosis, received over £18 million (€21 million, $25 million) for his rights to songs such as Beyoncé's "Single Ladies." 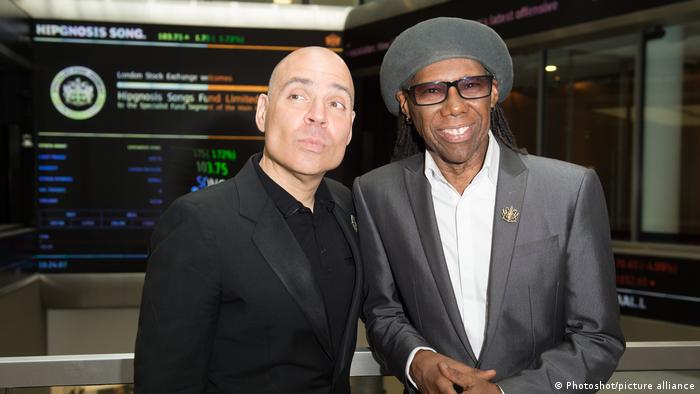 There has been a fear that selling off rights will lead to the commercial exploitation of classic songs. Hipgnosis founder Merck Mercuriadis promised that music created by politically outspoken Neil Young would not be exploited to sell hamburgers and the like — in his 1988 song "This Note's For You," Young sang that he "Ain't singing for Pepsi, ain't singing for Coke."

"I built Hipgnosis to be a company Neil would want to be a part of," Mercuriadis said.

"We have a common integrity, ethos and passion born out of a belief in music and these important songs," he added. "There will never be a 'Burger of Gold,' but we will work together to make sure everyone gets to hear them on Neil's terms."

Fear that their music will be misappropriated has kept many artists from selling their rights in the past. "In the US, it's mostly been the fear that Trump will use the rights," said Peter Tschmuck, referring to backlash by artists such as Neil Young when the former US president played their music at rallies without explicit permission.

But, in the wake of Trump's presidential loss, the rumored $140 million deal that the Red Hot Chili Peppers signed with Hipgnosis this week for their entire catalog might signal that such fears have passed.