At least 20 people have been killed in a railway collision in southern Italy. The two trains crashed head on while traveling in opposite directions on the same stretch of track. 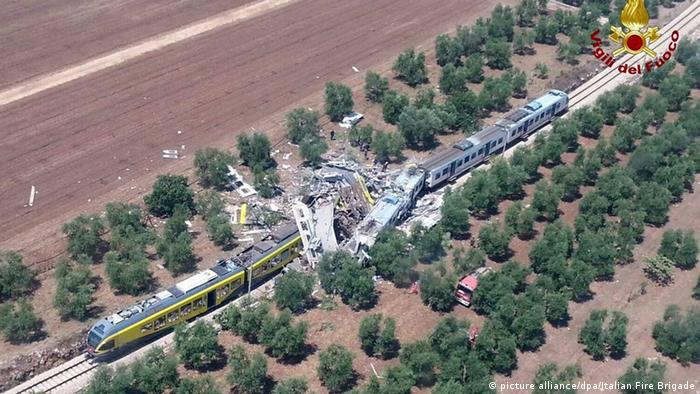 The head-on crash killed 20 people and the rescue operations were continuing, according to a regional official Giuseppe Corrado. He urged blood donors to go to local hospitals.

"Some of the carriages are utterly crumpled and the rescue services are pulling people out, many are wounded," Riccardo Zingaro, head of traffic police in Andria, said.

Italian media reported after the incident that 34 people were hospitalized.

The crash took place near the city of Andria, in the Puglia region. 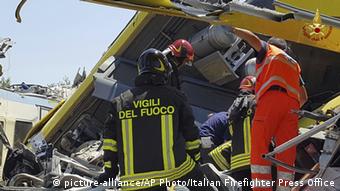 The commuter trains were reportedly traveling on a single track stretch of line and collided head-on, Italian media reported.

One of the four-carriage trains was reportedly supposed to have waited at a station for a green light before going down the single track between the towns of Corato and Andria.

"The rescue is complicated because this happened in the middle of the countryside," said fire service spokesman Luca Cari, as the firemen worked in the summer heat.

Ferrotramviaria is a Bari-based private train company that connects the capital of Puglia with regional towns to the north and the airport, operating about 20 small electric trains.

Prime Minister Matteo Renzi described the train crash as a "moment of tears" and pledged "not to stop" until the cause was determined.