Mozambique is struggling with a financial and economic crisis. After his pleas for help went unheeded by Europe, President Nyusi is now hoping for a bailout from China. 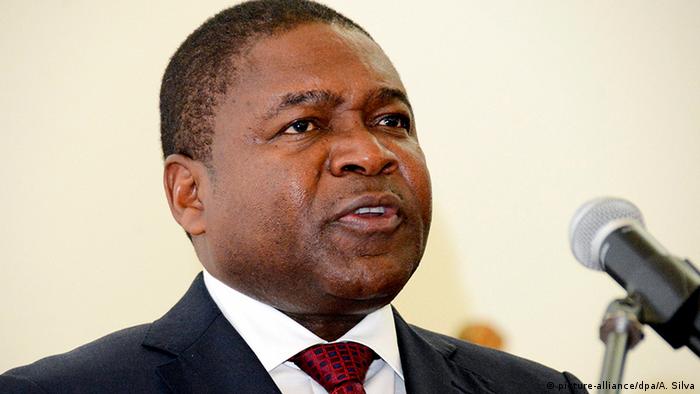 Mozambique's head of state Filipe Nyusi (shown above) is under heavy pressure. For months he had been denying media reports about financial scandals, corruption and misappropriation of state monies. But in April Nyusi had to own up to hidden public debt to the tune of 1.25 billion euro ($1.4 billion), accumulated by his predecessor and mentor Armando Guebuza. Nyusi's admission further highlighted the depth of the country's economic crisis.

Western donors reacted swiftly: the International Monetary Fund stopped the transfer of the second installment of a previously authorized credit and suspended ongoing negotiations with Maputo on financial aid. The group of 14 main donors, known as G14 for short, temporarily suspended financial support for the state budget. And the US announced a review of bilateral development cooperation.

Nyusi, who was elected president in 2015, is trying hard to limit the fallout. Recently he embarked on a charm offensive which took him to Brussels and Washington. According to analysts, this didn't work as well as he had hoped.

With the latest revelations about billions lost by companies such as EMATUM and Priondico, for which the Mozambican state now has to take responsibility, the state debt rose to more than 10 billion euros, more than 70 percent of Mozambique's gross domestic product. In 2012 it had been a relatively modest 42 percent.

Recently the government publicly apologized for the scandal. It promised to reduce the deficit without increasing taxes or cutting expenditure any further, a move analysts believe is impossible. 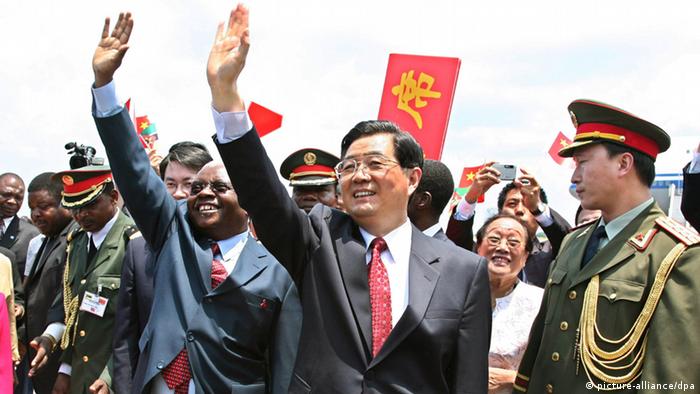 This is where Beijing comes in. President Nyusi is currently in China for a week-long official visit, accompanied by a delegation of high-ranking government officials. "I want to point out that China is one of our most important economic partners," he said in the eastern province of Jiangsu where he praised trade relations with Beijing. A meeting with Chinese President Xi Jinping is scheduled in the coming days.

This is the head of state's second bilateral meeting in the last six months. The first occurred on the fringes of the Forum on China-Africa Cooperation (FOCAC) in South Africa in December 2015. At the time, Xi pledged up to $60 billion to the African continent in the form of soft loans and development aid. Mozambique acquired the status of "priority partner" and was promised more than $5 billion from China in the following two years.

The Chinese loans flowed mostly to big construction projects, including a power line between the provinces of Zambezia and Nampula in northern Mozambique. This project alone received $400 million. The state-owned newspaper "China Daily" called the East African country a "rough diamond" that was waiting to be polished by its most important Asian partner. It went on to say that Mozambique was a "golden gate into southern Africa", a "territory with boundless natural resources" and "an enviable geographic location."

Indeed, in the last few years, Mozambique was one of the fastest growing African economies. This was due mainly to its huge reserves of coal and natural gas. But the boom is over. The country has been badly hit by a currency crisis. In part this was caused by the renewed violent conflict between the government and armed supporters of the biggest opposition party and former guerilla movement RENAMO. But the main reason is the drop in commodity prices.

Is China Mozambique's best partner in a crisis? Mozambican economist Eduardo Sengo says no: "The construction projects financed by China do not contribute towards the growth of the Mozambican economy." Streets, power lines and railway tracks are usually built by Chinese firms who bring in their own workers and materials, all the way down to the nails and hammers, Sengo adds. Credits thus flow directly back to China - which leaves hardly anything for Mozambican entrepreneurs and workers, the economist concludes.

Economic analyst Ericino de Salema calls this "tied aid", i.e. help that comes attached to several conditions. "Chinese loans for building projects are normally tied to contracts going to a Chinese firm". Other international donors do the same, but not to the extent of China, de Salema told DW. 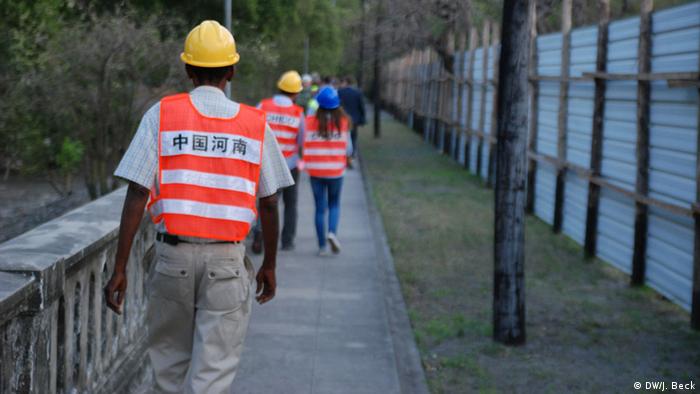 Now Mozambique wants more Chinese credits to help solve its liquidity crisis. Beijing has been Maputo's biggest bilateral creditor since 2015. Credits from China have grown by 160 percent since 2012. Economist Eduardo Sengo believes his country has no alternative to China in this crisis. Relations with traditional donors were severely disrupted by the recent financial scandals. The Chinese are the only ones willing to help, he points out. China is happy to accept the country's commodities as security. But this is unlikely to help the Mozambican economy in the long term, Sengo adds.

Mozambique's political and social situation is deteriorating. People are afraid of economic inroads and a new civil war. An alliance of several opposition parties and civil society organizations has called for a demonstration in Maputo this coming weekend. Many Mozambicans want to express their anger at the armed conflict in parts of the country, the public debt, and, above all, the rising cost of living and the depreciation of the national currency, the metical, which has lost 35% of its value since the beginning of the year. Foreign exchange reserves have dwindled by a quarter in the same period of time.

The president and his government are facing a dire financial crisis. Nyusi is trying to win time and secure his political survival with fresh loans from China.

As authorities in Mozambique continue to question the discovery of a mass grave by farmers near a national park, DW uncovered other bodies while following up on the story. (03.05.2016)

On a visit to Berlin, Mozambican President Filipe Nyusi called for an end to ongoing clashes between government and opposition forces in his country. He also appealed for more German investment. (20.04.2016)

As Chinese influence grows, Taiwan struggles to maintain its grip on its partners in Africa. Kenya has deported Taiwanese nationals to China and there are other examples. (15.04.2016)