Move over politicians - civil society is stepping up to protect the climate | Environment | All topics from climate change to conservation | DW | 18.11.2016

Many are asking if a surprise election result can upend the Paris Agreement. With politics in doubt, civil society is taking action - as communities will have to deal with climate change regardless. 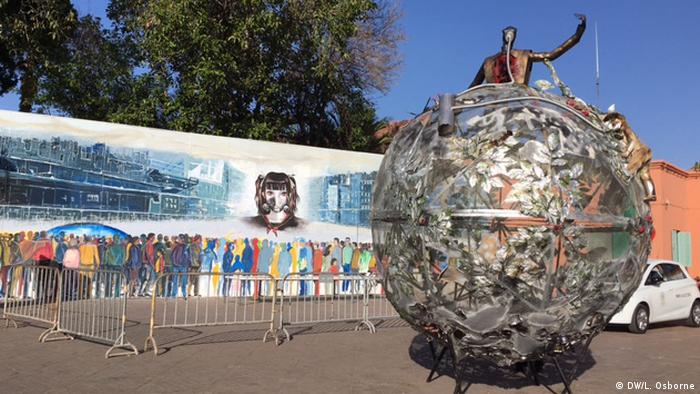 From fog harvesting to clean technology solutions, civil society is joining the fray in the battle against climate change.

Community-run organizations were congratulated by Ban Ki-moon as part of the UNFCCC's Momentum for Change Award for their innovative solutions in protecting the environment. The UN's outgoing secretary general commended civil society for having the loudest voice, and for not being held back by political restrictions.

It's a statement that rings loud at the United Nations climate conference in Marrakesh, where leaders from all over the world have come together to discuss concrete steps to push forward climate protection following the coming into force of the historic Paris Agreement earlier this November. 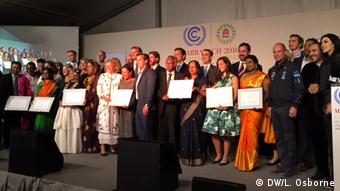 The 22nd Conference of Parties in Marrakesh, or COP22 as it's known, has been dubbed the COP of action. And yet, it remains to be seen what action will actually take place following negotiations over national climate action plans, and climate financing, which are at the political heart of the event.

But for some elements of civil society taking part, negotiations and governmental plans can make communities feel detached from the issue of climate change. And these are only part of the story, many say.

"For the citizens of the world, we can feel very far from the negotiations - but actually, this is our general life that is in question," Antoine Antonini, of the nongovernmental organization Energies2050, told DW. "This is our economy, this is our social model, this is our planet."

As governments debate the need for action, working out how to decarbonize and make the transition to renewable energy, people all over the world are already facing the reality of climate change.

From storms of increased frequency and intensity in the Philippines, to drought in California and parts of Africa - even more frequent flooding in Europe - communities are having their homes destroyed, and losing their lives and livelihood. 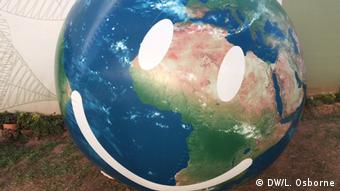 As part of the Paris Agreement hashed out at COP21, global leaders agreed to try to limit global warming to maximum 2 degrees Celsius (3.6 degrees Fahrenheit) - but so far, plans have not been ambitious enough. The UNEP estimates that under current proposals, the Earth's temperature will increase by at least 3 degrees.

Local movements, meanwhile, have been picking up the slack by creating solutions to stop further warming, and to problems already becoming apparent due to existing climate change.

In Morocco, the organization Dar Si Hmad has developed the technology to harvest fog in a region where water is becoming increasingly scarce. Innovations such as these are what make civil society so significant says Jamila Bargach, who is a part of Dar Si Hmad.

"The grassroots level is extremely important - that's where some of the action takes place, and where people come together," she said.

"People do it because they are suffering, or having to deal with certain issues in terms of forests, or energy or water."

With the Paris Agreement now almost a year old and ratified by half of its signatories, the next big word is implementation. But just how do countries make good on their climate pledges? One option is to start talking. (02.11.2016)

Hundreds of civil societies and nongovernmental organizations are taking part in this year's climate conference, with many showcasing their ideas in the Green Zone and at side events separate from the main negotiations taking place in the secure Blue Zone.

But civil society is not only offering concrete solutions. Lobbying for changes in the way climate change mitigation and adaptation is being carried out, and calls for equality in this are also playing an important role.

Gender and the role of women, for example, has been a big topic at the conference. Hanna Gunnarsson, junior gender expert at the Women in Europe for a Common Future International says this still needs to be integrated into all frameworks.

"We want something that actually works in the future - and that means you can't leave half of the population outside of policy negotiations," she told DW.

"You have to take into consideration that we all come from different backgrounds, and not everyone is starting from the same standpoint."

Doubt over the durability of the Paris Agreement following the election of Donald Trump as the next US president put a damper on the first week of the climate conference in Marrakesh.

The US president-elect has said he will pull out of the Paris Agreement and stop funding climate initiatives. This has put greater emphasis on civil society and the role it plays, says Gunnarsson.

"The US is not the center of the world - what I hear is a lot of people talking about the importance of mobilizing as civil society organizations," she said. 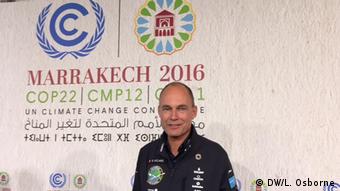 Bertrand Piccard says climate-friendly solutions are the way forward - but for this, we all need to work together

Yet civil society can't do it alone, Bertrand Piccard told DW. The adventurer, who made sustained headlines after piloting the first round-the-world flight in the solar-powered craft Solar Impulse, and who has now founded the World Alliance for Clean Technologies, said that while civil society is important, it is just one piece of a larger puzzle.

"We need the governments to set some goals and targets," he says. But with a few exceptions, they are usually not ambitious enough, he added. "Besides that, you need a civil society that's bringing solutions, and you need big corporations that can scale up all these solutions."

What is clear is that whatever leaders produce at the Marrakesh COP, civil societies will continue to act, says Bargach. "Civil society is acting and engaged in the mission it's doing," regardless of what else happens.

"We are always on the ground and dealing with the issues."