"Mothers on Air" radio: Advocating for single mothers in Morocco

Naïma Hamdani was ostracized when she became pregnant. She's now a presenter with the radio station "Mères en Ligne" ("Mothers on Air") and fights for the rights of other single mothers in Morocco. 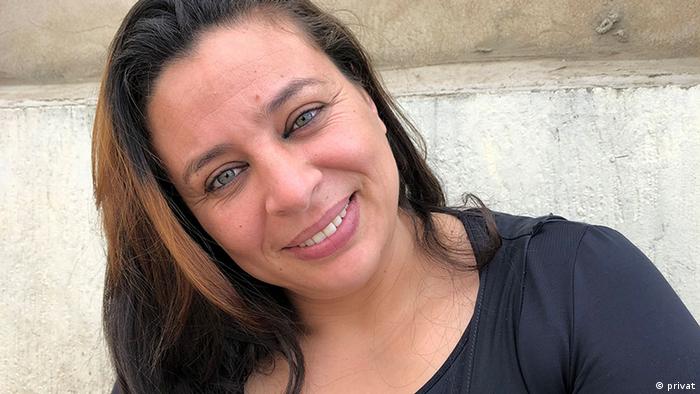 Single mothers in Morocco are often shunned and discriminated against because they challenge how women are traditionally seen there. Sex outside of marriage is prohibited by Section 490 of Morocco's criminal code and offenders face anywhere from a month to up to a year in prison.

In an interview, single mother Naïma Hamdani described how she went from being a social outcast to becoming a woman who leads an independent life.

Ms Hamdani, you are a single mother yourself and have two daughters. How has life been for you as a mother?

I became pregnant with the twins in 2008. While my family and those around me saw it as a "crime," they said I was completely responsible for it. They shut me out and left me to deal with the consequences on my own – with two young children. It was a difficult time with many challenges, but I got through it and took care of my two daughters as best I could.

How did you overcome this crisis?

I was accepted two years later at the "100% Mamans" organization and found the warmth that was missing in my own family. I was also given psychological, health and legal support, which is unique.

The organization's emergency shelter became a sanctuary and at the same time a new home for me. My daughters and I lived there for a year and a half and benefitted from the courses offered and was also trained as a cook. With support from 100% Mamans, I found a job in a hotel. My life, and that of my daughters, is now more stable. I'm now independent and can take care of my daughters on my own.

You're a presenter with the organization's radio station "Mères en Ligne". What do you think women in Morocco in general need the most?

Freedom of expression, personal freedoms – especially when it comes to deciding about our own bodies – and for women and men to be equal under the law. 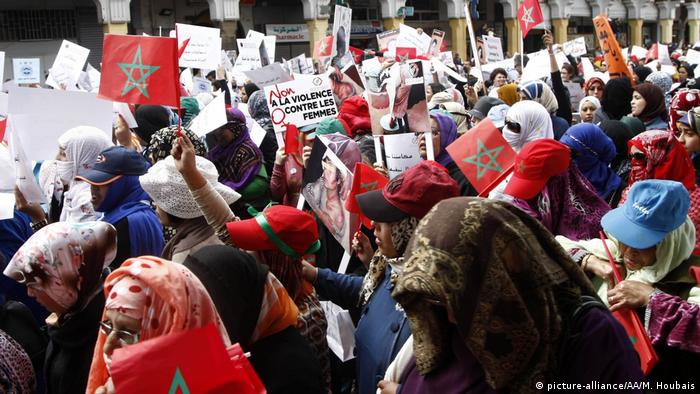 To what extent can "Mères en Ligne" help?

We produce different shows, and each one tackles a different topic. "Mathkmsh 3lia" ("Don't judge me"), for example, portrays single mothers and the various stages they go through: their struggles, their suffering and their successes. We produce the program in a Moroccan dialect. Another program "Ash kaygoul l9anoun" ("What the law says") looks at the legal challenges single mothers face and offers legal advice.

"Mères en Ligne" contributes to protecting and promoting the social and economic rights of marginalized single mothers and their children. Through the station, we want to make freedom of speech possible so that single mothers can again have a voice in the public sphere. We want to make their demands visible, to fight sexist stereotypes, to put an end to violence against women and to make legal assistance available.

How has your own life changed with the responsibilities you now have?

I've become more confident since I started working with "Mères en Ligne" and I now represent a large community of single mothers. Through radio, I can protect their rights and those of their children. I'm not afraid anymore and I'm not ashamed to be a single mother. I'm stronger now and also braver.

I feel optimistic when I see the pride in my daughters' eyes. They're proud that I'm their mother because I'm standing up to society and focusing my energies on the issues affecting single women and their children.

What would be an ideal future in terms of the roles women and men have in Morocco?

For the country to be humane rather than feministic and for this toxic machismo to end or be transformed into a positive form of masculinity. When it comes to discussing politics, well, I'd rather do that over a cup of tea.

"100% Mamans" is a non-governmental organization (NGO) with its own radio station. It has has been receiving support and professionalization from DW Akademiesince 2020. "100% Mamans" is now able to train nine single mothers as journalists for the community radio station "Mères en Ligne." The women produce a daily podcast on COVID-19 that is aimed at other single mothers. It is mainly distributed via WhatsApp and enables the trainees to earn some money during the pandemic. Their professional and quality journalistic coverage of COVID-19 is badly needed in Morocco given the large amount of false information currently circulating there.

It is a part of DW Akademie's "Women and Media: Voices for Change" project seeking to highlight women's voices in media around the world.

Data journalism in Morocco: Navigating the crisis with facts

In Morocco, public authorities are to become more transparent but little is known about how to handle public data. An innovative data journalism project focused on fact-based reporting, defying the current pandemic.

Freedom of information: How access is changing society. Experiences from the EU, Kenya and Morocco

DW Akademie and FragDenStaat organize the panel discussion "Freedom of information: How access is changing society" on November 18, 2019, from 6.30 pm to 8.00 pm in Berlin.