Nearly 70 percent of Germans polled think the chancellor should travel to Russia for the soccer tournament. Germans appear to have softened their attitudes toward Russia since the 2014 Winter Olympics in Sochi. 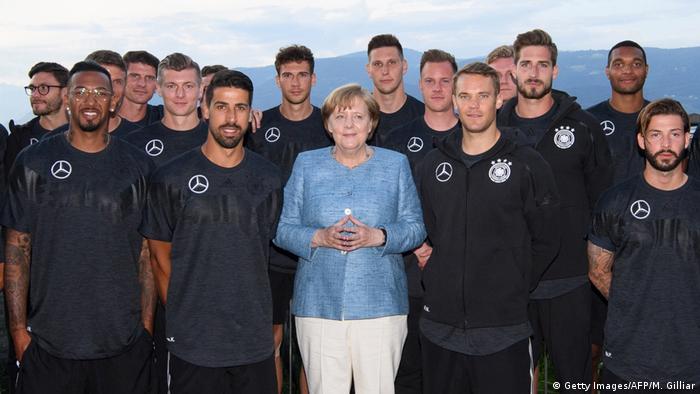 A majority of Germans believe Chancellor Angela Merkel's decision to stay away from the football World Cup in Russia would be the wrong choice, according to broadcaster ARD's Deutschlandtrend survey. Some 69 percent of Germans think the country's leader should be there to support their team as it makes its bid for back-to-back victories.

About 26 percent of respondents, however, said they thought it would be appropriate to stay away, considering the widespread condemnation of the Russian government on matters ranging from press freedom to human rights to the annexation of Crimea in 2014. Yet most (59 percent) said economic sanctions were much more reasonable for making a political point. 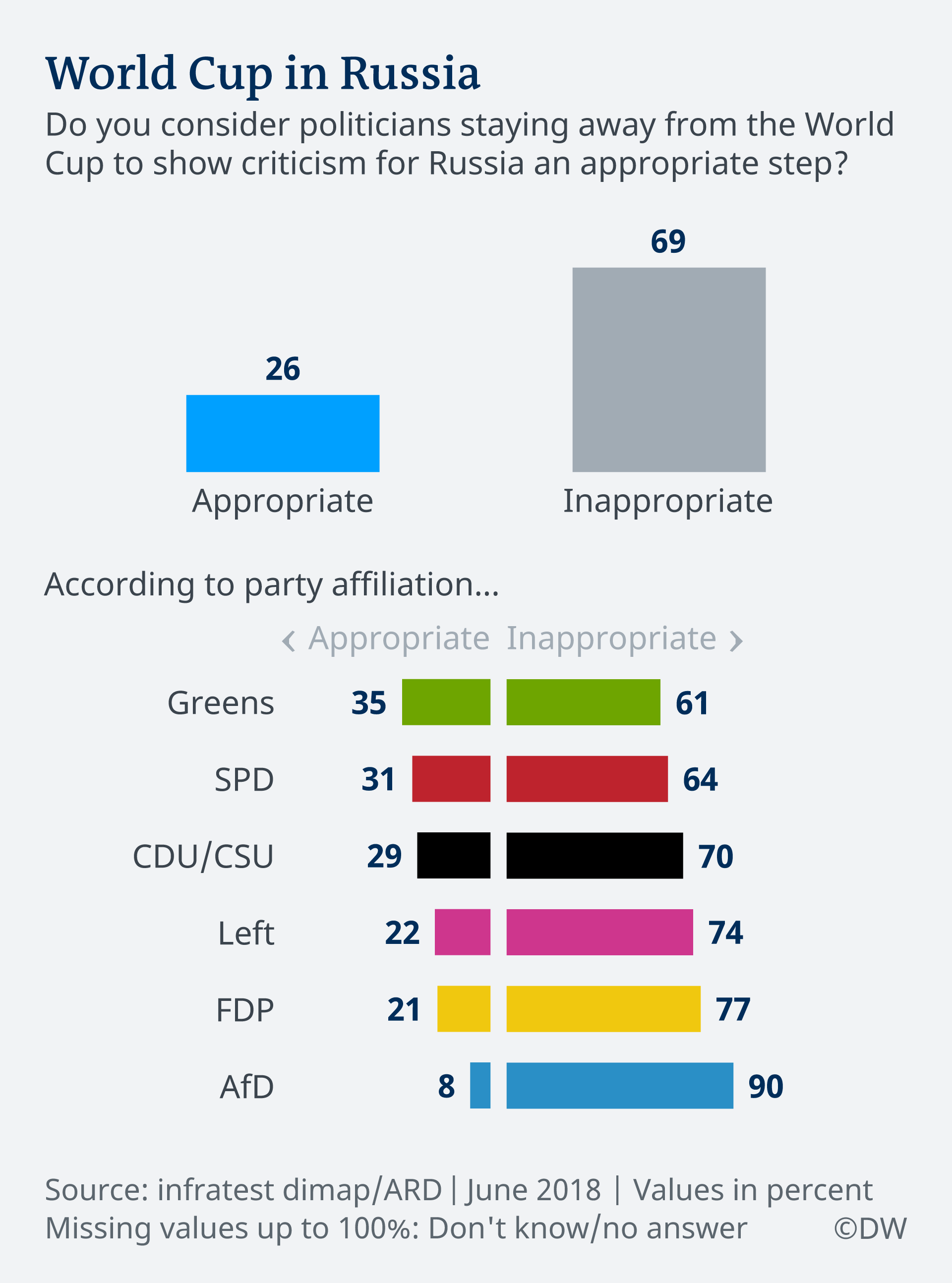 On whether or not football's world governing body FIFA should have chosen Russia as the host nation, Germans were almost exactly split: 45 percent said they agreed with the decision, while 42 percent did not. This shows there has perhaps been a softening of attitudes toward Russia since the 2014 Winter Olympics in Sochi, when 57 percent said it was wrong to award hosting duties to Russia.

Merkel has not yet confirmed if she will attend a Germany game later in the tournament.

The wide-ranging survey, carried out by research firm Infratest dimap, also showed that nearly all Germans are in favor of more dialogue with Russia, though they think both sides must show willingness for this. Ninety-three percent of the over 1,000 participants said Russia should work harder at rapprochement with the West, while 88 percent said the West should also do the same. Notably, there was no significant difference in attitude between states in the former communist East Germany and former West Germany.

Each week, the survey also attempts to take a look at the country's political mood by asking which party the nation would vote for if federal elections were held the coming Sunday. On this front, most parties have remained at about the same levels of popularity they garnered at the polls last September. Merkel's Christian Democrats (CDU) and Bavaria's Christian Social Union (CSU) still finish first together with 31 percent support. 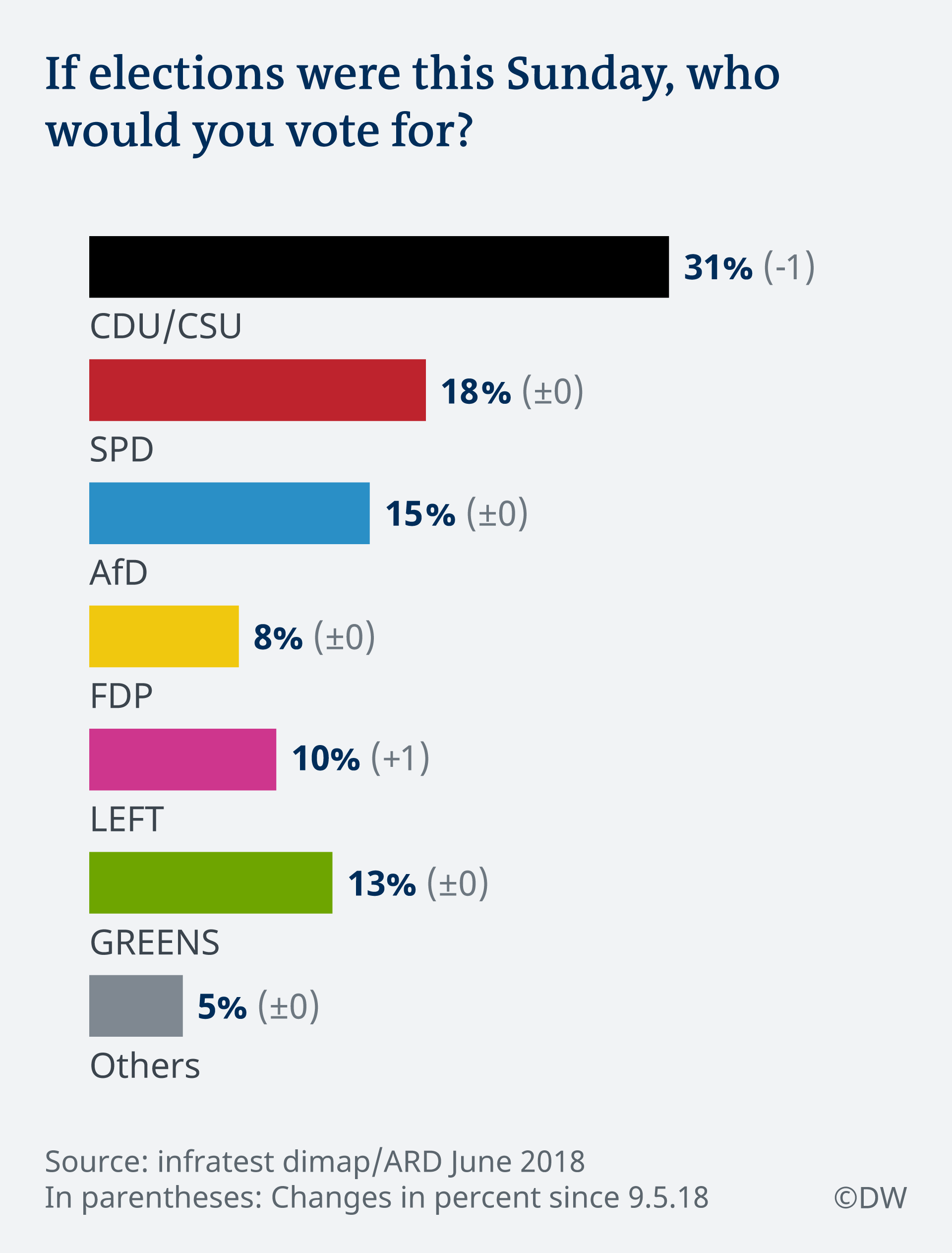 Skepticism for Trump-Kim accord

Germans were also asked their opinion about the recent meeting between US President Donald Trump and North Korean leader Kim Jong Un, and whether they thought anything would come of the joint agreement the two signed on Tuesday.

Why Germany has a unique football vocabulary

It doesn't feel that way now, but Germans weren't enthusiastic about football in the 19th century. Christoph Marx, a World Cup historian, explains how special terms for soccer were developed to change that. (13.06.2018)