Moscow's blacklist 'will help' West open its eyes to Russia

A blacklist of 89 EU politicians, officials and military leaders barred from entering Russia has angered a number of European leaders. Russia analyst James Nixey says Moscow's actions should come as no surprise. 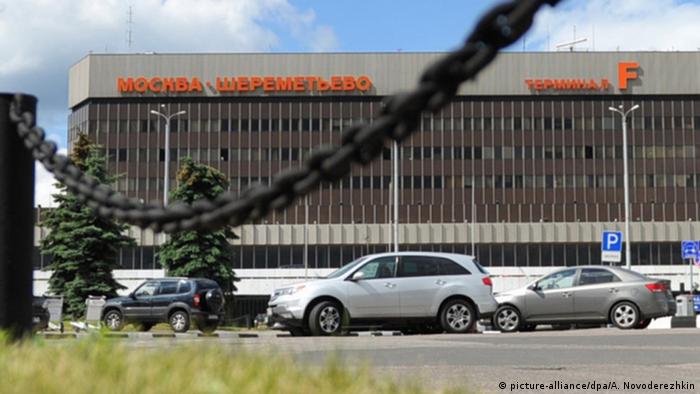 Russian authorities shared the list of 89 individuals with European Union diplomats in Moscow this week. Although the document was never officially released, an apparent copy later surfaced online.

The EU imposed sanctions on Russia over the annexation of Crimea and Moscow's role in the Ukraine conflict. Those measures included travel bans and asset freezes on 151 Russians and pro-Russian separatists in Ukraine. Russia responding with its own travel ban, says James Nixey of Chatham House's Russia and Eurasia Program, is a clear demonstration of the way Putin operates - and the sooner European leaders recognize that, the better.

DW: What do you think Russia hopes to achieve with these travel restrictions?

James Nixey: I don't think Russia is aiming to achieve a specific policy objective, rather this is a tit-for-tat response to an already existing visa ban list on Russian officials. Russia believes it is right and sees its actions as ethically and morally justified on the basis of an injustice done towards it. So whereas we feel that we are punishing Russia for its actions in Ukraine, or for the downing of the MH17 airliner, Russia feels it is punishing us for our punishments towards Russia.

Many European politicians have reacted angrily to this blacklist - EU foreign affairs chief Federica Mogherini said it was "totally arbitrary and unjustified." But given the EU sanctions on Russia, is it any surprise Moscow has taken this step? 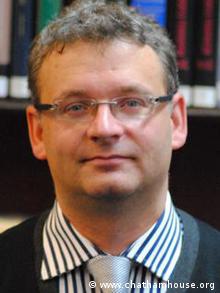 James Nixey, head of the Russia and Eurasia Program at Chatham House

It's not a surprise in the slightest because Russia is a proud and defiant country - defiant against a set of measures which have been put in place as a non-military response to the Russian war in Ukraine. Let's not mince words here. There is a war going on in Ukraine and Russia is responsible for it. Vladimir Putin is not a man who changes his mind, and as a result of that he will, for as long as is possible, do his utmost to respond like-with-like, and in fact up the ante. But Russia is far weaker economically, demographically, scientifically, culturally and technologically than Europe, so these are not equal adversaries. As a result of that, the Russian policy can only go on for so long.

What kind of impact do you think this will have on the already strained relationship between Russia and The West?

I'll suggest that it will help them. In recent times, Angela Merkel has gone to Moscow to try and negotiate, John Kerry has gone to Sochi to try to negotiate, that which cannot be negotiated. And so the more that Russia makes these moves, and acts not in accordance with Western norms and values, people like Federica Mogherini will see that they're not like us - that the Russians will behave in a very different fashion, which is not acceptable to the post-Cold War security order. I think Mogherini, who has professed in the past to being as optimist as far as Russia is concerned - that it will all work out - needs to understand that we're not necessarily dealing with a rational scenario here.

Russia had previously refused to release a list of individuals barred from entering its borders. Is it significant such a list has been released at this point in time? 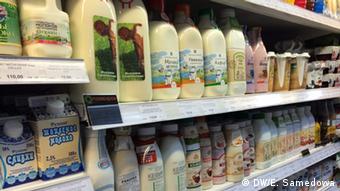 I don't think there's any specific significance of the timing. But it's probably unwise to suggest that Russia doesn't have a plan. Russia has a number of plans in which to coerce, bribe, legitimately get, buy and threaten its way out of trouble. It's engaging in what is known as hybrid warfare, which means it will use every method conceivable to reach its goals and objectives: primacy in the post Soviet space and markets in Europe and Asia, and equality with the United States.

How likely is it the EU will take further action in response to these travel bans?

If there had been any inclination to reduce the level of sanctions on Russia this June, then the list won't help this of course. I suspect the Russians had an inclination that was not likely to happen anyway, and so in a way you could argue this is part of a premeditated response to the European Union's refusal to rescind sanctions.

Looking at the 89 names on the blacklist, is it clear to you why those individuals may have been targeted? 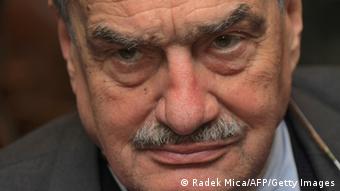 Czech politician Karel Schwarzenberg: Blacklisted and proud to be in the 'decent club'

As far as I can tell, most of them have been critical, just mildly critical in some cases, of Russia's actions in Ukraine. I understand, for example, why Malcolm Rifkind might be on there, because he's always had a robust attitude in terms of responses towards Russia. Nick Clegg less so. His Liberal Democrats, when they were in government, were decidedly more ambivalent in their Russia policy. So it's not entirely clear. I don't think accuracy was the point, it's more of a blanket policy designed in terms of impact.

James Nixey is the head of the Russia and Eurasia Program at UK think tank Chatham House. He specializes in the relationships between Russia and the other post-Soviet states.

With the EU about to review its sanctions regime against Russia, Fiona Clark looks at how Russians are faring under the embargoes and asks if they’re really having any effect on the country's leadership. (31.05.2015)

The European Union has slammed Russia's decision to impose a travel ban on 89 European politicians over their criticism of Moscow's handling of the Ukraine crisis. Those banned said they were proud of their stance. (30.05.2015)