More storms and flooding: How we′ll need to adapt to extreme weather | Environment | All topics from climate change to conservation | DW | 03.06.2016

Current storms and flooding in Germany and France are a glimpse of what's to come as climate change sets in and extreme weather becomes the norm. It's too late to stop, so we'll have to live with it - but how?

Deutsche Welle: France has declared a state of natural disaster in some areas, people have had to be evacuated from Germany, some people have died as a result of the storms and flooding here. Is this a taste of more to come?

Maarten van Aalst: In general, we are seeing an increase around the world of the risk of a range of types of extremes, including rainfall extremes that may cause flooding events like what we have here.

We see more people and assets at risk in places that can get flooded. In addition, people tend to not be aware enough of that risk, and how that risk is changing.

An important part of this is being prepared for these floods, which includes thinking about the right infrastructure.

What do we know about the link between climate change and extreme weather?

Climate change is changing the climate overall, including the peaks - the extremes - in the weather. When the climate changes overall, that changes the probability of certain events. So we won't say, "This event was caused by climate change," but we may say, "the chances of this event happening are now twice as likely than they were before." 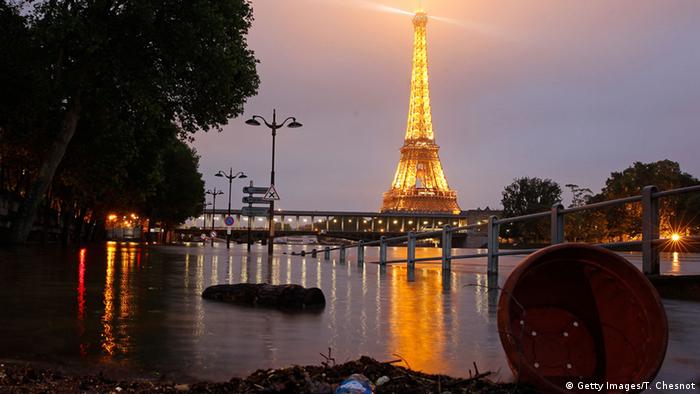 It depends from extreme to extreme how well we can do that. With heat waves, we can be quite confident. We also see very strong increases: With the heat we had in Europe last summer, we were able to see that for certain cities the risk had increased up to four-fold, or even up to 10-fold.

In the case of rainfall and storms, it's more difficult. Did climate change increase the risk of the disasters that we're seeing in France and Germany today? That analysis was very difficult 10 years ago, but the science is being done as we speak, and we will be able to answer that question soon.

What do we need to be doing to be able to handle these kinds of extreme weather events?

An important part of being prepared is to think of what the worst could be, and then to be prepared for that. That includes basic things - which are generally in good order in Europe - like flood defenses, infrastructure, and construction of houses.

Increasingly, it also includes natural systems. In the Netherlands, for instance, we are leaving more space for the rivers, so that when lots of water comes downstream, we are able to let the rivers overflow and store that water for a while.

It also includes making people aware of the risks, and making sure they know what to do when those extremes do happen. Because they will. 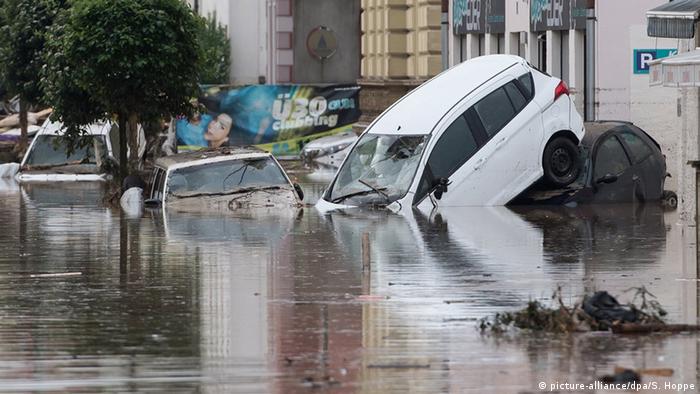 Absolutely - we're seeing that in Europe, most pointedly in countries where that risk is most immediately visible. In the Netherlands where we're already increasing our sea defenses and leaving more room for the rivers.

Globally, you also see it too. Developing countries are at even higher risk, because they are so much more vulnerable. They often don't have the luxury of all the flood defenses that we have here in Europe, and they don't have the institutions to deal with the consequences of extremes when they occur. There, we see the most casualties and the most impact on economic performance.

For instance, in the Sustainable Development Goals, you see resilience to shocks - particularly to changes in climate - as a very central theme. Increasingly, there's the recognition that unless we better manage these shocks, we won't be able to be safe and have a prosperous future.

What does resilience mean specifically?

In the end, it means people, individually, being resilient, knowing what to do when something happens, and being protected from the worst consequences.

In Bangladesh, for instance, we won't be able to afford all the flood defenses. So, a critical component there is very basic things like early warning systems, to get people out of harm's way when a big storm is making its way toward the coast. 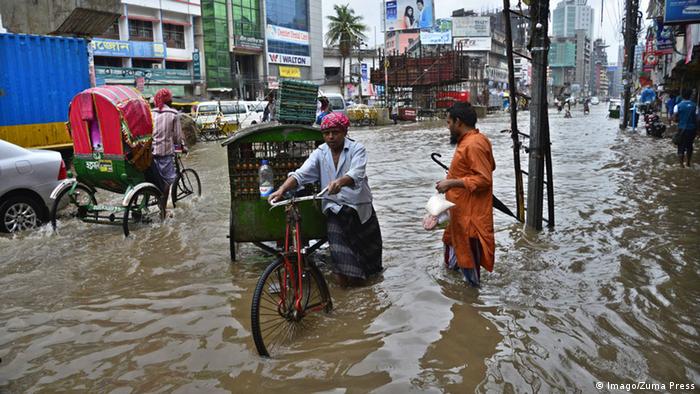 Cyclone Roanu, which recently hit Bangladesh, was less damaging now that early warning systems and shelters have been set into place

Just recently, we had a big storm in Bangladesh, which would have killed tens of thousands of people - if not hundreds of thousands of people - just 20 or 30 years ago. But thanks to the early warning systems and shelters that have been built there, and Red Crescent volunteers actually warning people to get to those shelters, there was a very limited number of casualties.

Public awareness, action by institutions - what needs to happen for this to be put into effect?

In the end, it's about public priorities. The hundred resilient cities campaign that was initiated by the Rockefeller Foundation is advocating for having chief resilience officers in city governments. That's a step in the right direction.

As we are seeing now in France and Germany, it's critical to manage these risks, as they will have major impacts. We can manage them much better in advance, rather than cleaning up after the fact.

Businesses are also starting to see this as an opportunity - adding to quality of life and the ability to do business. Companies thinking about supply chains and resilience of their systems is part of good business, and no longer a negative risk to be managed away by public authorities.

Maarten van Aalst is director of the Red Cross/Red Crescent Climate Centre. He's a coordinating lead author for the IPCC Special Report on Extremes, and has joint positions at Columbia University in New York and University College in London.

The interview was conducted by Sonya Angelica Diehn.

Extreme weather is increasing toxins in our food - which can be fatal. As temperatures keep rising, it seems the problem will only get worse. DW interviews a chief scientist at UNEP. (01.06.2016)

Over a quarter of India's population is affected by the ongoing drought conditions prevailing in large parts of the country. DW examines the reasons behind the problem and the steps needed to alleviate it. (22.04.2016)