The iconic American holiday dates back to the early 17th century, when the Pilgrims arrived in what is now the United States — and only survived thanks to the Wampanoag Native Americans. 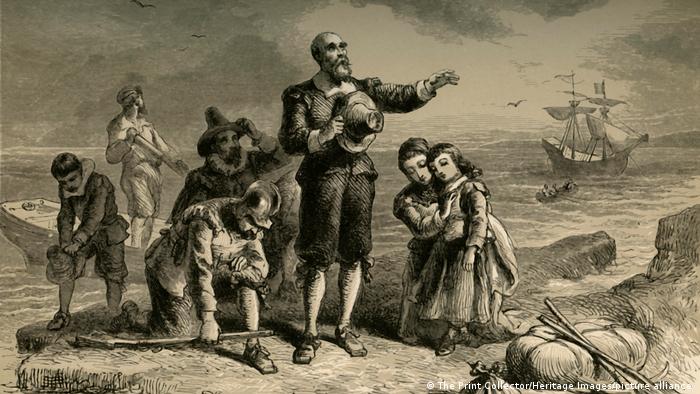 Harvest festivals exist around the globe, and many of them date back centuries. But in the US, the Thanksgiving holiday holds a unique and deeply rooted place in the country’s psyche. For many families, it’s even more important than religious holidays like Christmas, Hanukkah or Eid.

Originally, the Thanksgiving holiday fell on the final Thursday of November, as proclaimed by US President Abraham Lincoln in 1863.

In 1941, President Franklin D. Roosevelt signed a joint resolution of Congress changing the national holiday to the fourth Thursday of the month. 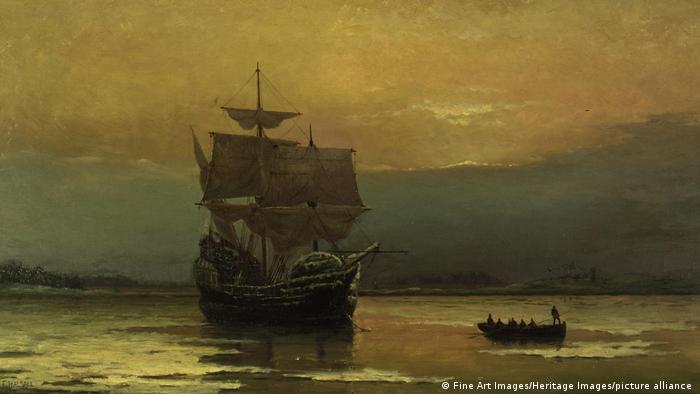 A painting of the Mayflower, on which the Pilgrims set out for the New World

The tradition itself goes back to the English settlers who came to be known as the Pilgrims or Pilgrim Fathers, who had set off for North America and established Plymouth Colony in 1620.

The Puritan separatists had previously lived in exile in the Netherlands after renouncing the Church of England in Britain where they had been persecuted for their religious beliefs.

The Pilgrims practiced a form of Christianity based solely on the Bible and even rejected bishops as an invention of Satan.

Women and children among 'Pilgrim Fathers'

Even though they are known as the Pilgrim Fathers, there were also women and children among the 102 passengers who set sail on a ship called the Mayflower on September 16, 1620. And some likely had little interest in their faith, but were rather adventurers seeking a new life.

The Mayflower — a 30-meter, three-mast ship — landed in what is now Provincetown in Massachusetts.

As the Pilgrims did not have enough supplies and the sandy soil was not good for growing crops, they soon moved on to the other side of the bay, where they founded Plymouth Colony in December 1620.

The settlers arrived late in the season and were not able to plant crops. They only survived that first winter with the help of the Indigenous people of the Wampanoag tribe, who provided them with food and taught them local farming techniques. 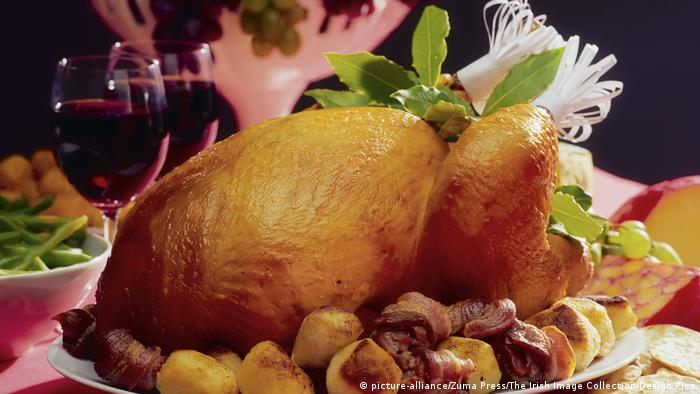 Turkey on Thanksgiving — a tradition since 1621

A day of remembrance for Indigenous people

In the fall of 1621, settlers and natives celebrated a three-day festival: Thanksgiving. Turkey, corn and sweet potatoes (all New World foods) were on the table — a tradition that has endured to this day.

The peaceful coexistence of the settlers and the Wampanoag tribe was an exception at the time. From the 1630s onward, the relationship was increasingly characterized by violence.

Hence, for many Native Americans today, Thanksgiving is rather a day to commemorate the genocide by European settlers and the loss of their land and ancestors.

The Pilgrim Fathers were, however, not the first Europeans to colonize North America, and similar celebrations of the harvest were also held before their arrival. Still, the first feast celebrated by the Pilgrims and the Wampanoag tribe in 1621 established itself as the origin of Thanksgiving in the United States. 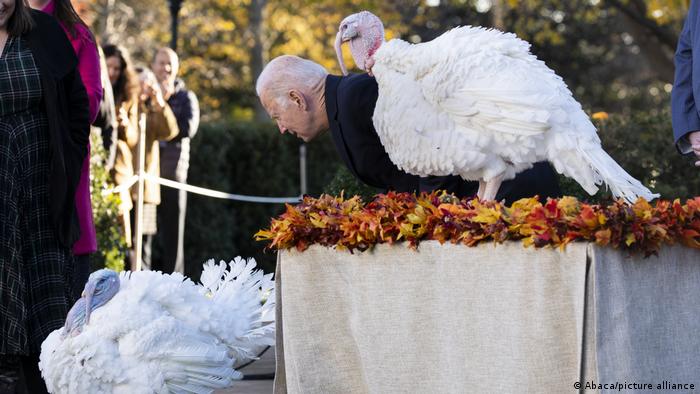 Today's tradition of the US president pardoning a turkey on Thanksgiving is not as old as that, though. It is said to go back to Abraham Lincoln, who was president from 1861 to 1865.  Yet the ceremony was not formally introduced until 1989, under President George H.W. Bush. As a result of their breeding, the pardoned turkeys usually die within a year, regardless. 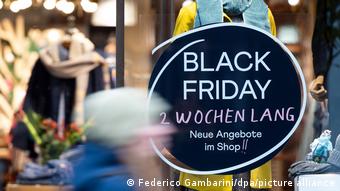 With families from across the country gathering for Thanksgiving, many also take the Friday after the holiday off to spend time with family over the long weekend.

And like many other traditional celebrations, it has over time become very commercial. These days, the Friday after Thanksgiving is known as Black Friday: the day stores launch their Christmas shopping season with discounted prices. And unlike eating turkey on Thanksgiving, this tradition has by now spread around the world.

This text has been translated from German

A stampede on stores

Germany is full of traditions celebrated throughout the year, but autumn has its own special brand of festivities celebrating harvest, light, liberty and luck to warm up a season heading into darkness.