Once again, after a long break, the EU is seeking more intensive cooperation with the southern Mediterranean countries in the collective campaign against terrorism. Barbara Wesel reports from Barcelona. 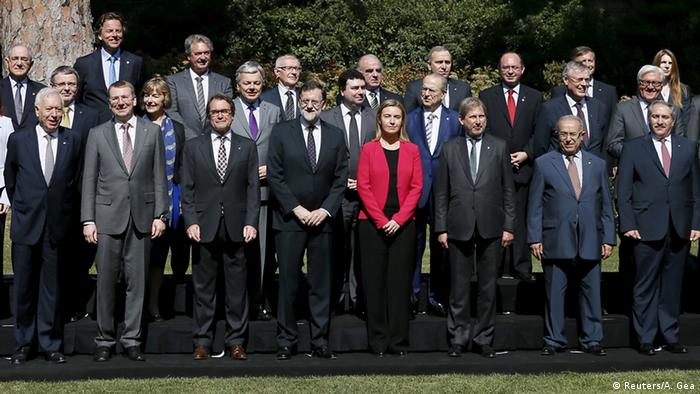 "The Mediterranean unites the states, it does not separate them," said Spanish Prime Minister Mariano Rajoy in Barcelona on Monday, at the beginning of the meeting of the foreign ministers of the Union for the Mediterranean. This applies to the ever increasing number of refugees and attacks by the terror group "Islamic State" (IS), which the Spanish government called "the greatest threat to the EU."

He recalled that a few days ago in Barcelona, Spanish police discovered an alleged terror cell that had planned an attack on a Jewish bookstore and the kidnapping of a manager. Spanish judicial authorities suspect that there are links to jihadis.

Spain and Italy had pushed for the first meeting of senior representatives of the Mediterranean Union since its establishment in 2008. The two countries consider it necessary to counterbalance the eastern neighborhood policy, which is currently attracting all the attention and a large part of funding due to the Ukraine crisis. 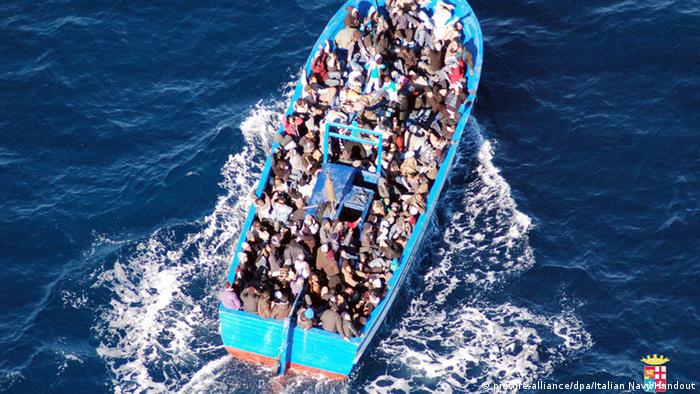 Eight states, from Egypt in the east to Morocco in the west, currently belong to the Mediterranean group with which the EU wanted to maintain especially intensive ties under the so-called Mediterranean Union. But this initiative came to nothing: The contacts remained limited and unsystematic; the Europeans were not able to formulate a coherent policy.

The present meeting is a new attempt. Syria, however, was absent because of the ongoing EU sanctions against the Assad regime. Libya was not represented because it has no central government with the power to act.

So, the Barcelona agenda comprises of the state of national decline in Libya, the rise of IS forces and their threat to neighboring countries as well as the EU. However, until now, there has been no European consensus on the extent of local involvement. Ideas about a police mission or a naval blockade have been shelved.

Cooperation against 'export of terrorism'

"We have an acute crisis at our doorstep," said the EU's High Representative of the Union for Foreign Affairs and Security Policy, Federica Mogherini, with regard to the ever increasing number of refugees.

Once again this past weekend, nine dead refugees were found off the coast of Libya. At the same time, Italian authorities reported that they had rescued 5,600 refugees in just the last three days; on Monday more boats were pulled in from the Mediterranean.

Since the spring, the EU has been discussing how the borders to Libya can be better secured with additional support from Europe. Moreover, it wants to enhance cooperation against the "export of terrorism." The terrorist attacks in Paris and Tunis, and the attacks in Egypt and in Tripoli on Sunday showed the need for action.

"All the countries in the region are faced with an unstable security situation," said Mogherini. But the meeting in Barcelona should give the partner countries the opportunity to defend their interests. "Ownership" is the new buzzword the EU Foreign Policy representative uses. The North African countries are supposed to understand that the collaboration consists of give and take.

"Our concern is that crises do not move even further into Europe," commented German Foreign Minister Frank-Walter Steinmeier. The interests of the southern Mediterranean countries lie in greater economic cooperation, helping train young people and similar projects. But he also pointed out that the relations are with a "very different neighborhood."

Some countries would descend into war, crisis and chaos, while others, such as Morocco and Tunisia, are developing promisingly. In this context, Steinmeier called Tunisia a lighthouse. However, the situation there is still fragile: the country needs more support. After all, Tunisia has received approximately 1.3 billion euros ($1,375 billion) in European and German financial aid over the last three years.

The interests of the neighboring countries are very different: Egypt would like to assert itself in the role of a speaker, something which the others are less pleased about. Cairo wants unconditional cooperation with the EU with no mention of human rights, rule of law or anything of the like.

Algeria, in turn, is the strongest regional power at the western edge of North Africa and is particularly interested in energy cooperation and in gas supply beyond Spain. With its strong army and a heavily armed secret service, the country is now most likely able to catch IS fighters crossing the border from Libya.

Next month, the German Foreign Ministry plans to hold another working level meeting for the Mediterranean countries. And the EU's foreign policy representative promised that a large round of foreign ministers would convene on an annual basis so they could continue to expand and preserve the neighborhood of countries on the southern edge of the Mediterranean.