In exit polls in the small Adriatic state of Montenegro, the ruling party appears tipped to win for the third time in a row. The Balkan country has faced an economic slowdown after years of growth. 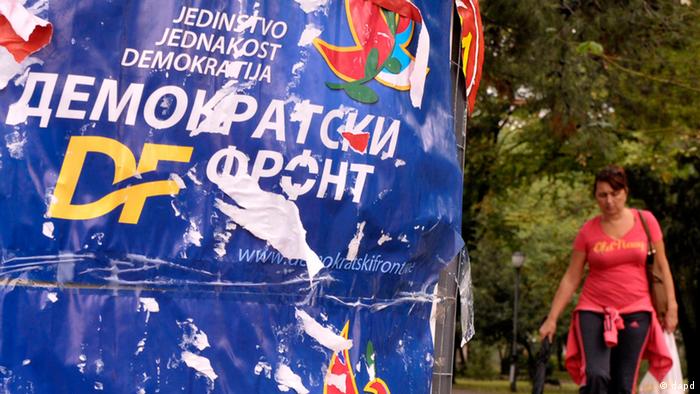 About 56 percent of the 512,000 eligible voters turned out for the ex-Yugoslav state's 81-seat parliamentary election, with exit polls predicting that the incumbent Democratic Party of Socialists picked up 46 percent of the vote.

The center-left DPS, led by Milo Djukanovic, supported Montenegro's successful push for independence from Serbia in 2006. In June, Montenegro opened accession talks to join the European Union. The country has a population of 680,000 people.

Although Montenegro experienced an economic boom between 2006 and 2008, fueled by tourism and foreign investment, growth has slowed to an anemic 0.5 percent this year due to rising public debt and spillover effects from the eurozone crisis. Djukanovic's DPS has also faced accusations of cronyism and corruption.

"There are a lot of problems, but this government deserves more time because, unlike the opposition, they fought for this country," Zoran Djurovic, a 68-year-old pensioner, told the Reuters news agency.

If the DPS wins, party leader Djukanovic could return to power. He has served as Montenegro's president or prime minister for all but two years of the last two decades.

"There is not much doubt they will be in power again," Zoran Vujovic, with the nongovernmental electoral monitoring group CEMI, told Reuters.

US House votes to decriminalize marijuana, little chance in current Senate 7m ago