Football officials in Montenegro fired national coach Ljubisa Tumbakovic after he refused to lead the team in a qualifier with Kosovo. Tumbakovic's homeland Serbia does not recognize Kosovo as a country. 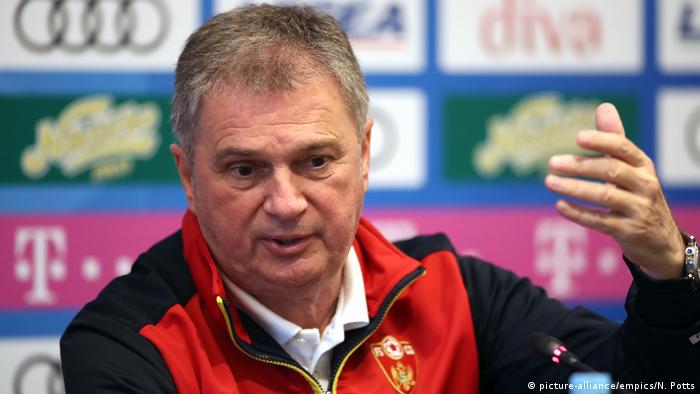 Serbian-born football coach Ljubisa Tumbakovic was removed from his position as Montenegro's national team chief on Saturday after he boycotted the game between Montenegro and Kosovo. The two Balkan nations finished the Friday European Championship qualifier with a 1-1 draw.

The Montenegro Football Association said the decision to oust Tumbakovic was made "unanimously."

The coach's decision was "not only an unpleasant surprise, but also a breach of his professional duties stipulated by his contract," they added.

Tumbakovic is a Serbian national. The government in Belgrade sees Kosovo, which declared independence in 2008, as a breakaway province and rejects its statehood. In contrast, the small nation of Montenegro recognizes Kosovo as an independent nation.

In addition to Tumbakovic, two Serbian-born Montenegro players also boycotted the Friday match. Both Mirko Ivanic and Filip Stojkovic play for Red Star Belgrade, and local media reported intense pressure from fan groups in Serbia to keep them away from the pitch.

Non-sporting matters "won out against football and sport in this case," they added.

Montenegro played against Kosovo behind closed doors, with no fans present. The country had been given a crowd ban after its fans hurled racist abuse at dark-skinned England players in March. England won the match 5-1.