Monsanto has rejected a second takeover bid from Bayer, calling it "insufficient", despite the additional $3 billion (2.7 billion euros) the German drugs and chemicals giant added to its previous offer. 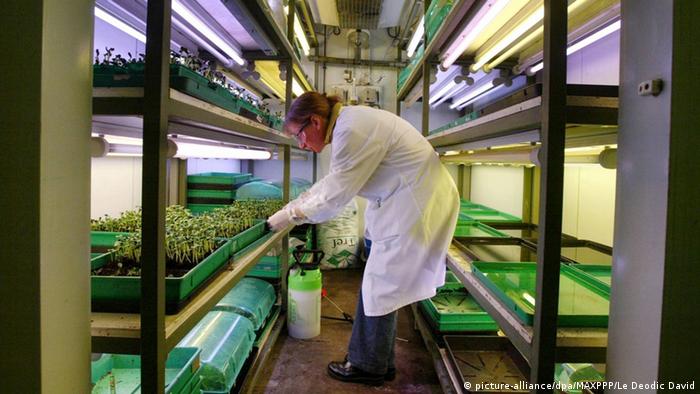 Monsanto rejected a second takeover bid from Bayer, unimpressed by the additional $3 billion (2.7 billion euros) the German drugs and chemicals giant added to its offer.

Bayer had been prepared to pay about $65 billion this time around, or $125 per share. The US seed company called the sweetened offer inadequate - but said it remains open to negotiating a new deal with Bayer.

In a statement Bayer reacted with disappointment, and a pointed reference to difficulties within Monsanto.

But Bayer also said that it was looking forward to continued talks.

A merger between the two would turn Bayer into the world's number one crop science company. Although a deal isn't in sight just yet, it's already proven controversial. Monsanto is viewed critically within Europe, where many disapprove of the kind of genetically modified products the US company has within its portfolio.

The seed company also distributes glyphosate, a weed killer whose approval within the EU has been hotly debated amid suspicion of its carcinogenic properties.

Monsanto Chief Executive Hugh Grant said last month that his company was in talks with Bayer and other companies in its sector about "alternative strategic options." Although he didn't explicitly name the other companies, news agency Reuters previously reported that Monsanto had been in talks with BASF, another German chemical company.

A potential Bayer-Monsanto deal isn't the only megamerger on the horizon in the industry. ChemChina is set to buy Syngenta for $43 billion, while Dow Chemical and DuPont struck a $130-billion deal last year.

The German pharmaceutical giant has sweetened its buyout deal for Monsanto, which turned down an earlier offer. Bayer has added three dollars more per share, and it has its cash ready if the massive deal is accepted. (14.07.2016)