President Igor Dodon of Moldova was slightly injured on Sunday when the car he was riding in near Chisinau flipped over. Dodon did not require medical attention, but two family members were more seriously injured. 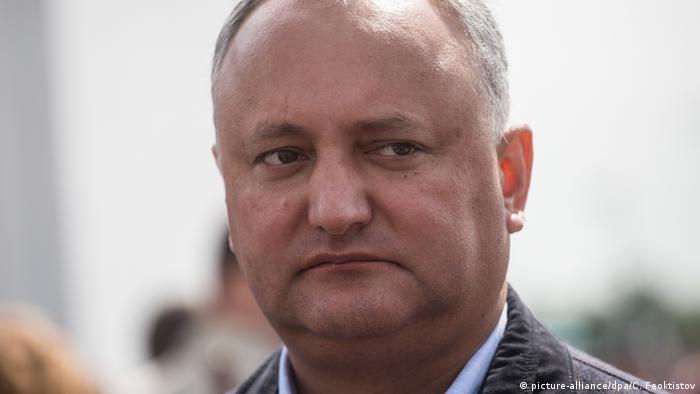 President Igor Dodon of Moldova sustained minor injuries when the car he was traveling in was involved in a crash. Dodon was hospitalized after his car turned over Sunday, the eastern European country's security services said.

Presidential adviser Maxim Lebedinschi said Dodon did not require medical treatment after the crash, which occurred near the town of Straseni, north of the capital, Chisinau. However, Dodon's mother and one of his three sons, who were traveling with him, were more seriously injured, but also in a satisfactory condition, Doctor Mikhai Chekan told the AFP news agency.

The collision occurred as cars in the presidential motorcade crashed into an oncoming vehicle as they were overtaking another vehicle, Lebedinschi said. He said the other car hadn't respected traffic rules, and that more information would be forthcoming.

Anatolie Golea, a spokesman for the state security service, said the president sustained scratches. No further details were provided about the crash.

Images from Moldova showed one car from the presidential motorcade that appeared to have overturned.

Dodon, who is pro-Moscow,won the presidency in 2016 after beating a pro-European rival in what was dubbed an East-West tug of war.