The parliament of the ex-Soviet state of Moldova has elected its first full-time president, ending a three-year hiatus. Nicholae Timofti is a veteran judge billed as a political independent. 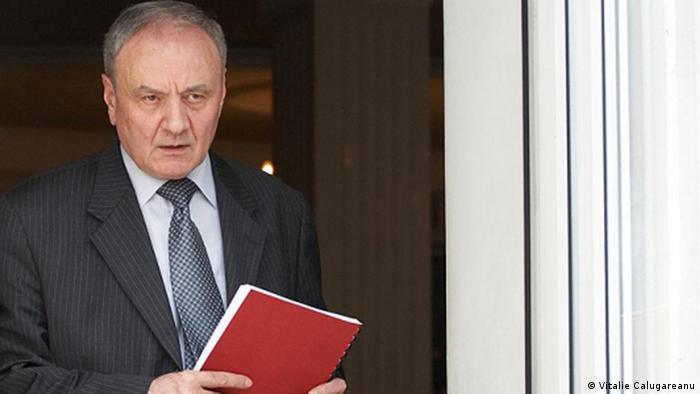 A requisite three-fifths majority was clinched by a one-vote margin, with 62 members of 101-seat parliament voting for Timofti. His proponents included three defectors from the opposition Communist Party, which boycotted the vote and demanded fresh polls.

Timofti was nominated by a three-party alliance including Moldova's ruling pro-Western liberal Alliance of European Integration. The previous impasse stemmed from communist opposition to a previous Alliance nominee, Marian Lupu.

Moldova's three-year constitutional crisis saw the vacant post filled only by acting presidents since the term of communist former head of state Vladimir Voronin expired in 2009.

"Moldova must become a bridge between East and West, from which it can only win," he said, also pledging to combat systemic corruption.

Timofti has been a judge since 1976 and heads Moldova's judicial administrative body, the Supreme Magistrate Council.

Moldova, which is wedged between Ukraine and EU member Romania, is one of Europe's poorest states, with a population of four million. Its official language is Romanian.

Although heavily reliant on Russian energy imports, Moldova is is seeking EU association status. Its economy depends on wine and vegetable exports and inflows of cash from thousands of Moldovans working abroad.

Moldova – Nowhere between East and West