Mitt Romney opts not to run for US presidency

Former Republican presidential candidate Mitt Romney says he will not run again for the White House in 2016. Speculation had been growing that he was about to launch his third attempt to become US president. 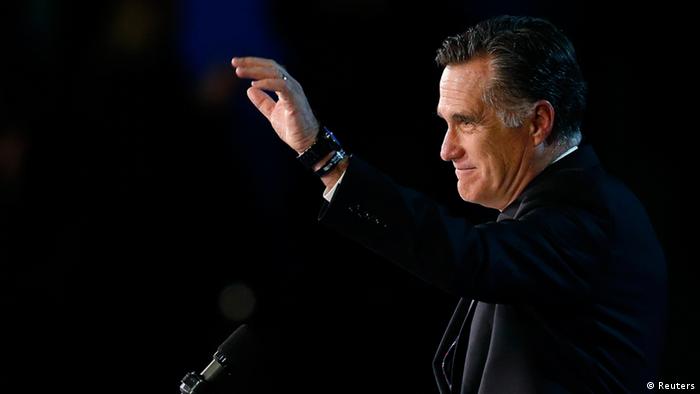 Mitt Romney will not run for president in 2016, he told supporters in a statement on Friday, three weeks after unexpectedly saying he was considering a third attempt.

Romney, a Mormon and multimillionaire former head of a private equity fund, was the Republicans' unsuccessful candidate in 2012, losing to President Barack Obama. He failed to win the Republican nomination four years earlier in 2008 to Senator John McCain.

Romney had tentatively been scouting for fundraising options, telling a group of donors in New York earlier this month he was considering a third run. He had also given speeches outlining his vision for a potential campaign.

But several major donors reportedly told him they plan to support Jeb Bush, the former Florida governor and respective son and brother of former US presidents George H.W. Bush and George W. Bush. Jeb Bush said in December he would like to explore running for president.

Obama is barred from seeking a third term, and former Secretary of State Hillary Rodham Clinton is presumed to be the Democratic frontrunner, although she has not confirmed long-running speculation she would run.