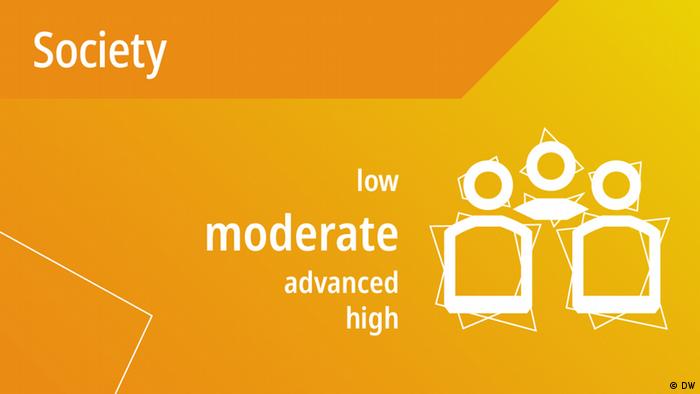 For millions of Pakistanis, digital media promised to provide a space where they could have the discussions that are simply impossible on traditional media, but sweeping Internet speech laws have brought out the worst in society: nationalist and religious bigotry.

"If you are a religious minority, if you are not a hyper-nationalist, you are the target of abuse on social media," says journalist Marvi Sirmed. People from the persecuted Ahmadiyya community for example "prefer not express themselves on social media, because the moment they identify themselves as Ahmadi in public spaces, they risk facing abuse and even violence." Free and open debates that were once enabled by online anonymity are increasingly no longer possible.

Social norms are especially prohibitive for women. Men are in charge of the household. They control women’s access to communication devices and ensure that women act in line with traditional gender-role restrictions. For a woman to have an account on Facebook is taboo in some parts of the country, elsewhere sharing pictures is a no-no. When they are allowed to share personal information online, they are at risk of harassment. "It is quite common for women from middle and lower income households in Pakistan to set up social media accounts using aliases and unrelated profile pictures," says Nida Kirmani, a sociologist working on gender and urban marginality in South Asia. This anonymity allows women to participate in online discussions and may be liberating in the short term, but it is important for them to have female role models whom they can relate to, argues journalist Sahabat Zakariya. Their use of social media is often monitored by family, and offline, too, Pakistan’s patriarchal society has a history of gender-based social surveillance, whereby women’s behavior and movements are monitored by family members. In a society that is unwelcoming to contrary opinions and where strict laws threaten free speech, women are more likely than men to suffer abuse for sharing unpopular opinions.

Lack of media literacy and increase in fake news 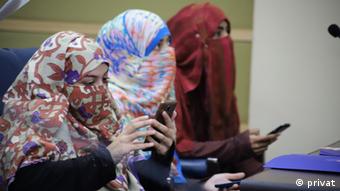 Traditional media, in particular television news channels, are widely viewed as essential to Pakistan’s democratic politics, despite concerns about fairness and fact-checking standards. Social media news channels are no exception. In fact, it is also often the case thatissues overlooked by mainstream media because of censorship or poor judgment sometimes receive long-running exposure on social media.

But people are usually not able or willing to critically examine the credibility of certain "news." "I am always surprised at how much people trust anything they see on their mobile phones," says Kirmani, “despite the fact that there is so much mistrust in the society." This blind trust tends to run along partisan lines. “There is a culture of discussion, but it is becoming a culture of argument," Zakariya explains. People believe in information that is in line with their worldview. "Every difference of opinion and every dissenting view is seen as being anti-religion or anti-state," says Sirmed. That results in polarization, and the tone of debates is often self-righteous. "The prime minister told journalists they must take sides to support him because supporting him was the same as supporting Pakistan."

There is growing cause for alarm among activists because Twitter and Facebook are now actively cooperating with the government to implement vague censorship laws that include a death penalty for blasphemy. "If you express certain kinds of ideas, they may actually come for you, and you may land in jail," says Zakariya. She says there is a cultural acceptance of such surveillance. After recent crackdowns, Sirmed says, "people deactivated their accounts because they thought Twitter or Facebook would not protect their privacy and might actually help the government."

The safest bet for content generators therefore is entertainment. "Fashion, traveling and lifestyle are popular topics," according to Zakariya. "There is very little political or intellectual content," she says. "It often re-enforces the conservative social norms, is of poor quality, and there is no innovation." Crowdfunding sites cannot legally operate in Pakistan, and there are no community initiatives making a significant social impact.

Poor digital literacy means citizens rarely reach beyond their online echo chamber. "People who cannot write a complete sentence in the Urdu language, mostly young men and boys, learn to use social media because it is a source of entertainment. They are especially prone to being misled by fake news," Sirmed explains. The digital divide especially affects the marginalized people in the less affluent Balochistan province and the restive tribal areas in the north, where social media may be the only way to participate in public discourse. There are no large-scale digital literacy or digital inclusion programs in the country. Research in new media studies in universities is rare and of poor quality, says Kirmani, an associate professor herself. 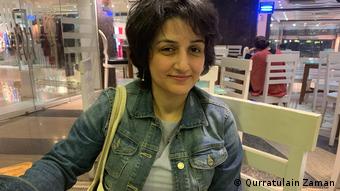 Sabahat Zakariya, journalist, on the pros and cons of online anonymity:

"The possibility of anonymity in the digital world allows a lot of marginalized people to say what they want to say online. But anonymity can also be a dangerous thing in societies where people need role models for inspiration." 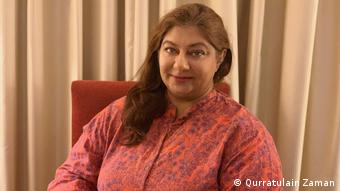 Marvi Sirmed, journalist, on societal attitudes towards difference of opinion:

"If you disagree with traditional views on religion and politics, you face abuse on social media. That actually becomes a deterrent for people who want to express their opinions online." 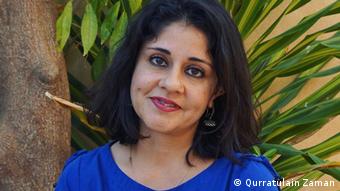 Nida Kirmani, sociologist, on women’s use of social media:

"For young women to have a Facebook account is taboo in some parts of the country. People will say things about her, and her family will not like it."

— Improve digital literacy
Digital literacy is key to raising the digital participation levels of women, minorities, the poor and the marginalized people in society. From identifying fact from fiction to giving a voice to the ignored, the benefits of digital literacy are vast. Authorities must invest more in digital education.

— Allow more freedom of speech online
Pakistan’s leaders must stand firm against those who use bigotry to silence critics and stand up for a culture of free expression on the Internet. Exposing citizens to news ideas and inculcating tolerance towards diversity is a cornerstone of social progress.

— Address the digital divide
The digital divide in Pakistan must be closed for the marginalized to participate fully in online discourse. Experts agree that ensuring that those living in Pakistan’s remotest communities are not left out of the digital revolution should be a primary policy goal for the government.