Hamas has dropped its longstanding call for Israel's destruction, but still rejects the country's right to exist. Politics expert Beverley Milton-Edwards spoke to DW about what this means for the Palestinian group. 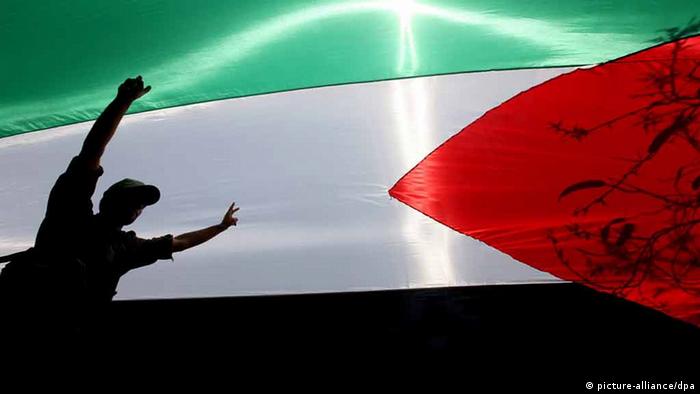 DW: In its manifesto, Hamas refers to a Palestinian state within the borders of the areas occupied by Israel since the 1967 war. At the same time, however, it refuses to recognize the state of Israel, as well as previous deals between Israel and Palestinian organizations. It also doesn't renounce the use of force. What, then, is the significance of the manifesto?

Beverley Milton-Edwards: The significance of the new manifesto lies in the affirmation that Hamas would accept a settlement to the conflict - according to the majority will of the Palestinian people - of statehood based on the June 4, 1967 borders.

This was an unequivocal acceptance of what Hamas frequently referred to as the "realities on the ground." In essence, this means that the "Land for Peace" formula of UN Security Council Resolution 242 to end the Palestinian-Israeli conflict is recognized by Hamas even if it continues to take a hardline position in terms of recognition of Israel. It is an important starting point for future peace negotiations and one that previous Arab parties to the conflict including Syria, Egypt and the PLO adhered to as part of peace-making and conflict resolution formulas.

True: Hamas, like its counterparts in other liberation movements across the globe, has reaffirmed its legitimate right to resistance, including armed resistance, but it would be naiive to expect a unilateral announcement renouncing the use of force while Israel remains an illegal occupying power of Palestinian territories and continues to employ force against the Palestinians. This is particularly true in Gaza where - as a result of the Israeli military assaults of 2008, 2012 and 2014 - over 3,500 Palestinians were killed. [The international community recognizes Israel - according to UNSCR 242 - as an occupying power. ed.]

Restricting the idea of a Palestinian state - for the foreseeable future - to the occupied areas is consistent with the policy of rival organization Fatah. Does this signify a change in the relationship between the two organizations? Milton-Edwards is a professor of politics at Queen's University Belfast

The relationship between Fatah and Hamas is not significantly altered by the new manifesto. At the launch event, Hamas leader Khaled Meshal indirectly criticized the PLO and Fatah in particular for being "frozen" and unreformed. Meshal complained that Hamas is still being excluded from a role in the PLO as "the representative organization of the Palestinian people inside and outside Palestine."

He also opined that there is no progress on this front despite numerous efforts by Hamas to heal the state of divide with Fatah and asked them to "meet in the middle ground." It was obvious that the open wound of the state of divide continues to fester for Hamas and Fatah.

Israel has made operational a medium-range missile inceptor, completing a multi-layer missile shield. The David's Sling, Iron Dome and Arrow systems can defend against threats from Hezbollah, Hamas, Syria and Iran. (02.04.2017)

The manifesto was presented by outgoing Hamas leader Khaled Meshal. Does it reflect Hamas's new overall standing position, or rather an attempt by Meshal to influence the policies of his successor?

It is clear that although Meshal is the outgoing leader and his new successor will be named any day now that the manifesto is a document that has been forged through broad input, consultation and approval. This has been done not only by the leadership of the movement, but also through seeking expert legal and juristic opinion as well. Even though Meshal is expected to step down, it is clear that he will be on hand to provide advice and guidance to the new successor as he steps into the leadership role.

Israel was not convinced, however. According to a spokesman for Prime Minister Benjamin Netanyahu, "Hamas is attempting to fool the world, but it will not succeed." Does this mean Israel doubts the authenticity of the manifesto, or rather its sincerity?

Israel continues to regard Hamas as an existential threat to its security and a terrorist menace. It casts doubt on the sincerity of Hamas and its program rather than the authenticity of the manifesto itself.  Israel understands the extent to which Hamas continues to threaten it and contribute to the wider regional instability that Israel contends with across the Middle East region.

Hamas refuses to negotiate directly with Israel. Has any progress been made, or rather, is it to be expected at all?

Hamas has ruled out direct negotiations with Israel for the time being. It did so claiming that Israel has never shown true intent to take such negotiations seriously. Hamas leader Khaled Meshal referred to Israel and its "cheating" plans in this respect. That being said, Hamas and Israel have engaged in substantive indirect negotiations mediated successfully by Egypt. This has resulted in an enduring ceasefire in the Hamas-run Gaza Strip, prisoner-exchanges and some easing of Israel's blockade of the 1.9 million Palestinian inhabitants of this tiny coastal enclave.

The reasons why Hamas has distanced itself from the Muslim Brotherhood are complex and strategic. Hamas remains committed to  - as "part and parcel of the same school of thought" - the Muslim Brotherhood. But the new document has dropped the previous reference to being a "wing" of the wider movement. One reason for this could well be a desire by Hamas to remain above the machinations of the domestic Egyptian scene and designations of terrorism by the government of President el-Sissi against the Brotherhood there.

Does this declaration have any significance in relation to Wednesday's meeting between Palestinian President Mahmud Abbas and US President Donald Trump?

The declaration and its release were also clearly directed at President Abbas days ahead of his visit to Washington on May 3.

Abbas hopes that President Trump's administration may look to engage in some deal-making between the Palestinians and the Israelis. Hamas clearly thinks this is naiive.

Instead, and for the time being, Hamas declares it will remain patient as it seeks to create a new steer on its goals nearly 30 years after it was first founded.

Beverley Milton-Edwards is a professor of politics at Queen's University, Belfast, and a visiting fellow at Brookings Doha Center. Her research focuses on security sector governance in the Middle East and the challenges of political Islam.

The transcript of this interview has been edited for clarity.

Why does the Palestinian government allow incitement of violence against Israelis? | Conflict Zone

Coronavirus digest: US President Joe Biden to use wartime act to fight COVID