South African peace icon Nelson Mandela has been flooded with birthday wishes from around the world. School children and world leaders have been expressing their appreciation for the leader, who has turned 94. 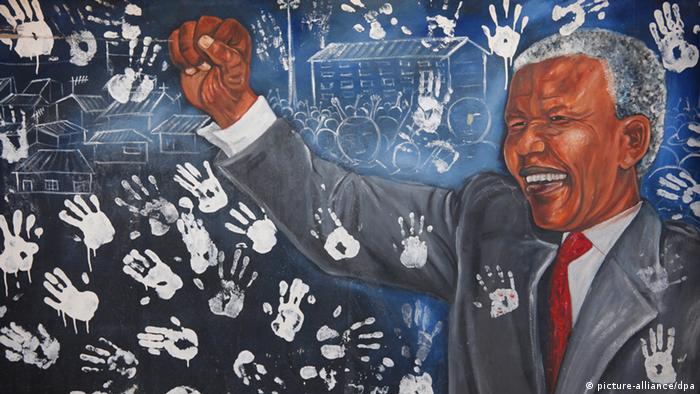 "This is a very important day for all of us," Paul Ramela, a principal at a primary school in Soweto told AFP. "We are here to celebrate the birthday of a very important person, a person who has liberated us from apartheid."

Mandela was scheduled to spend the day with family at his home in Qunu.

The birthday menu would consist of Eastern Cape food, Ndileka Mandela told the Sowetan newspaper. "We will probably have food like samp and tripe, his favorite food," she said.

Both former US President Bill Clinton,and President Barack Obama helped ring in Mandela's birthday on Tuesday by expressing gratitude for his influence on the world.

Clinton and his daughter, Chelsea, briefly visited the former South African president at his home in Qunu to wish him well.

After the visit, Clinton recounted fondly his memories of working with Mandela during his time in the presidential office, a partnership that continues to this day. Clinton also noted that Mandela's age doesn't mean his service to the public has ended.

Obama and his wife, Michelle, also wished Mandela well. They thanked him for his inspiration to their family and reiterated his importance to peace.

"By any measure, Nelson Mandela has changed the arc of history, transforming his country, continent, and the world," they said in a statement.

Nelson Mandela served 27 years in prison for his work in the anti-apartheid movement. After being set free in 1990, Mandela was awarded the Nobel Peace Prize in 1993. South Africa elected him president the following year. He was the country's first black president. The United Nations declared July 18 International Mandela Day, a day to commemorate those in public service.

July 18 is Nelson Mandela Day in South Africa. It's the day when South Africans celebrate their former president's contribution to universal freedom by donating 67 minutes of their time to public service. (17.07.2012)