Million mask march: How Guy Fawkes became the global face of modern protest | World | Breaking news and perspectives from around the globe | DW | 04.11.2015

November 5 marks the night when Guy Fawkes infamously attempted to kill King James I by blowing up the British Houses of Parliament. But 410 years later, how has his image become the global symbol of modern protest? 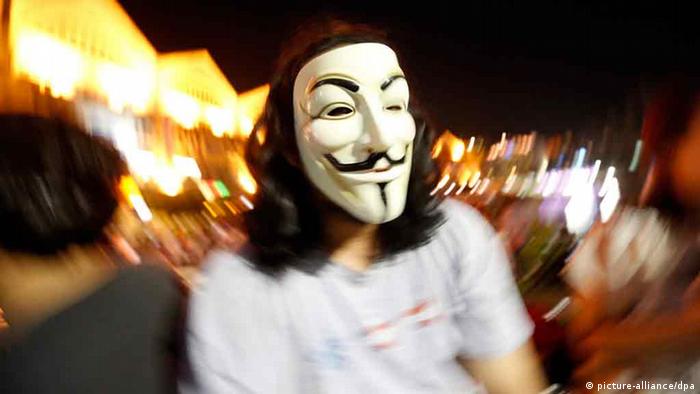 As night falls across the UK on November 5, thousands of families will be heading out to their nearest park to enjoy the local bonfire and fireworks display, whilst likely tucking into some bonfire specialities such as Parkin or toffee apples.

The British tradition marks the day in 1605 when Catholic would-be terrorist Guy Fawkes was arrested after attempting to assassinate King James I by blowing up the Houses of Parliament in London.

On the same night, in cities both in the UK and around the world, thousands of people are also due to take to the streets for the global "Million Mask March" and don their "Guy Fawkes" masks - a pale bearded face, made famous by Alan Moore and David Lloyd's 1980s graphic novel "V for Vendetta" and the 2006 Warner Bros. film of the same name.

In the last scene of the film, a crowd of citizens - fighting against a dystopian fascist authoritarian state - watch the British Houses of Parliament explode while wearing their "Guy Fawkes" masks.

Illustrator of "V for Vendetta," David Lloyd, previously described the mask as a "convenient placard to use in protest against tyranny … it seems quite unique, an icon of popular culture being used this way." 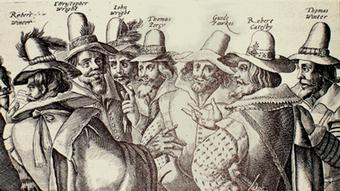 For the fourth consecutive year, "Anonymous" - which describes itself as "a truth advocating hacktivism as self-defense for unconstitutional government - have called on citizens worldwide to protest against authoritarianism, austerity and mass surveillance.

Last year, marches were seen as far apart as China, Germany, Australia, Sweden and the US.

So how is it that more than four centuries later, Guy Fawkes has become the face of political anarchists?

"It's the power of David Lloyd who illustrated the original graphic novel from the 1980s. But it's off the back of the 2006 film that the mask got its popularity," says Steven Fielding, a professor at the University of Nottingham in England.

The political historian said that the use of Fawkes' image by anti-establishment protesters shows the malleability of popular culture and traditions.

"These old traditions can be very modern as well. People use them in all kinds of different ways to suit whatever they want to say at the moment. It's part of their reinvention. And Bonfire Night, in particular, has become a tradition where the people can control how it's manifested in many ways." 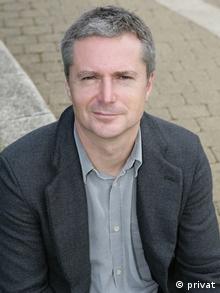 Since the original anti-Catholic sentiment of November 5 faded into the past, Fawkes' image has been left open to interpretation by modern protesters.

Fielding, highlighted, however, that a huge irony in the appropriation of Fawkes' image, by people who express the freedom of the individual, is that the 1605 gunpowder plot actually intended to see the Catholic Church re-ascend to the English throne.

This, in turn, would have seen England being governed in effect from Rome and by the Catholic Church.

After 410 years of celebrating Guy Fawkes Day or Bonfire Night, Fawkes' intentions have been much forgotten in the common cultural memory. Instead, he has become an icon of dissidence and defiance. Behind the masks, protesters are united.

Not only have the Guy Fawkes masks been seen at the "Million Mask March" in recent years, but also at "Occupy" protests and even during the Arab Spring.

"The common factor uniting all these groups is the opposition to authority," Fielding said.

With Guy Fawkes' legacy illustrating the perfect "empty signifier," there appears, indeed, "no reason, why gunpowder, treason and plot, should ever be forgot," as the rhyme goes, with the image open to be reinterpreted by political movements for generations to come.