Military plane crashes in Cuba killing all on board

A Cuban military plane has crashed into a hillside in the western province of Artemisa. All eight on board were killed. 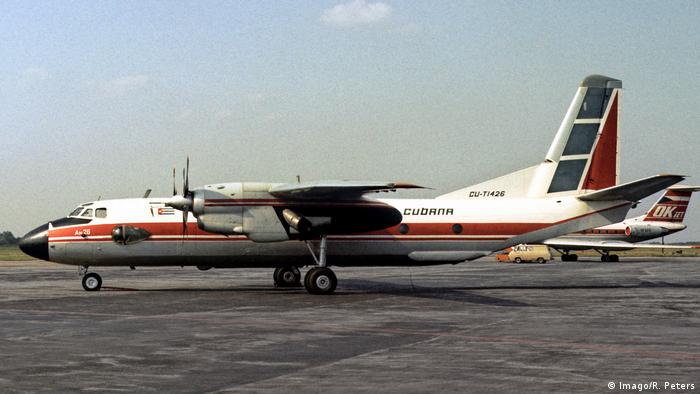 Cuba's military, the Revolutionary Armed Forces, said in a statement that the Soviet-made twin-engined turboprop Antonov AN-26 had taken off from the Playa Baracoa airport outside Havana at 6:38 am (1038 UTC) on Saturday, April 29, and had crashed outside the town of Candelaria about 40 miles (65 kilometers) away.

The area was cordoned off while the bodies were being recovered. All on board, including the plane crew, were reported as military personnel.

Cause of crash unclear

The weather in Cuba was clear and sunny when the aircraft crashed, raising questions about the nature of the incident. Officials did not immediately release any further information. However, an official reportedly in charge of the crash site told the Agence France Presse (AFP) news agency that the plane had been making a "military maneuver" when it crashed. The official, speaking on condition of anonymity, did not elaborate further.

A special commission will investigate the crash, the Cuban military said.

Most planes flown in Cuba were produced in the former Soviet Union between 1969 and 1986, with many aircraft in Cuba being considered out-of-date. However, crashes are rare in the island nation. The most recent crash in Cuba was in November 2010, when an AeroCaribbean flight went down in bad weather as it flew over central Cuba, killing all 68 people aboard. It was the country's deadliest air disaster in more than two decades.

Within a few months more has changed here than in the past few decades. Cuba, the last "socialist paradise" is opening up to the west - and thereby risks losing its own very special flair. (26.01.2017)