A Jordanian court has condemned a man to death for killing five intelligence agents. The brazen attack on a security branch of the intelligence service jolted the US-backed Arab kingdom, known for its relative stability. 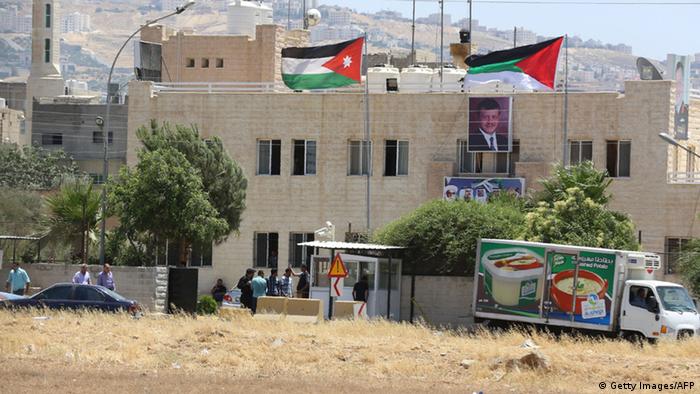 The state security court also handed down a one-year jail term to a co-defendant on charges of selling the machine gun used in the June 6 attack. Both rulings can be appealed.

The court heard that the 22-year-old Jordanian national entered the security compound and opened fire on security personnel of the General Intelligence Department in an office outside the Baqaa camp for Palestinian refugees. Five men were killed; Masharfeh was captured close to the scene.

Authorities initially linked the attack to Islamist militants but later said the gunman was a resident of the impoverished refugee camp near Amman and had acted alone.

Family members said he was motivated by revenge after being mistreated by officers at the security facility when he was detained and interrogated a week before the shooting.

International human rights activists and the EU human rights court have criticized Jordan's military justice system saying it lacks legal safeguards and say there are growing cases of the mistreatment of detainees and of extracting confessions under duress. The government denies mistreatment of suspects.

No group claimed responsibility for the Baqaa shooting. Two weeks later a truck bomb killed seven soldiers near a makeshift Syrian refugee camp in Jordan's remote north. That attack was claimed by the self-styled "Islamic State."

Jordan, an Arab constitutional monarchy, is part of a US-led air campaign against IS.