Migration - No Entry to Paradise

Africa is a continent on the move. Millions leave home, looking for a new job or escaping war, struggle and starvation. Many dream of a better life in Europe. Learning by Ear tells their stories. 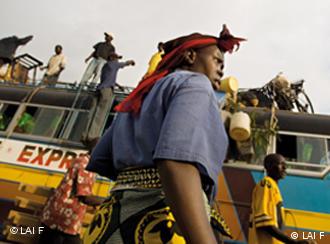 Africa is on the move. But the journey can be dangerous.

Bobby is one of 17 million. That's how many Africa migrants there are at the moment, according to the International Organization for Migration. Most of them decide to stay in Africa, hoping for a job on a cocoa plantation in Western Africa or in one of South Africa's factories, for instance.

Bobby, however, decided to leave his native Ghana for Germany. But Germany isn’t the paradise he expected. It's a hard struggle getting a residence permit and finding a job that will give him enough money to survive.

In our new series on migration, we get up close and personal with migrants from all over Africa. Hear all about the dangerous routes to Europe. Meet two young men from Africa, who decided to go back home after some very difficult years in Europe, and hear the amazing story of a German who moved to Uganda, expecting to find a better life there.

Learning by Ear - Migration - 10 - A German in Uganda.pdf

Learning by Ear - Migration - 10 - A German in Uganda.pdf