Migrants To Europe Prefer Germany | Europe| News and current affairs from around the continent | DW | 02.12.2008

A report by the International Organization for Migration shows that Germany is the number one country of destination for migrants to Europe. The search for employment is at the heart of most movement in the 21st century. 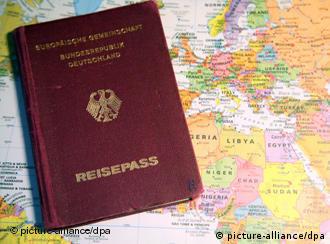 Germany hosted 10.1 million migrants in 2005, according to the World Migration Report 2008 by the International Organization for Migration (IOM) in Geneva. This was an increase from 9.8 million in 2000 and kept Germany in the number one spot as the principal country of destination for migrants.

The report published on Tuesday, Dec. 2 said that labor movement made up a substantial share of total migration flows.

"People are becoming increasingly mobile within and across borders to meet the social and economic challenges of globalization with the search for employment at the heart of most movement in the 21st century," the report said.

Western and central Europe is one of the most important regions of destination for migratory flows, it said. Within Europe, Germany with its 10.1 million migrants in 2005 is followed by France (6.5 million), the UK (5.4 million), Spain (4.8 million) and Italy (2.5 million) as migrant destinations. 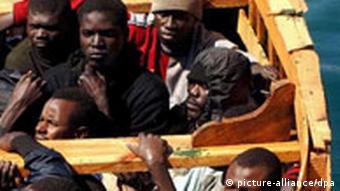 Illegal immigration is a major challenge for Europe

"Having been primarily countries of emigration for more than two centuries, most countries in the region became countries of immigration in the late 20th century," the report said. The growing demand for migrant workers was not the only cause of this development.

"Many reasons have been advanced to account for this reversal, covering factors as diverse as economic disparities between Europe and its neighbors to the south and east, the large humanitarian inflows of the 1980s and 1990s, and the emergence of organized trafficking and smuggling networks," it said.

There are more than 200 million international migrants in the world today, two and a half times the number in 1965. At the same time, most nations are countries of migrant origin, transit and destination. According to the report, human mobility has become a life choice driven by disparities in demography, income and employment opportunities across and within regions.

"The international community made some very important choices in the last century to facilitate the development of the global economy by allowing the free movement of capital, goods and services," said Gervais Appave, co-editor of the report. 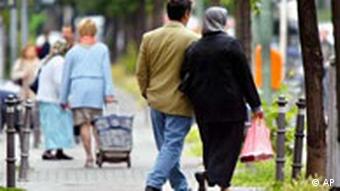 Many migrants to Germany are Turkish

"The inevitable consequence of that choice is human mobility on an unprecedented global scale," Appave said. "But for all countries, matching the subsequent supply and demand in an international labor market remains a critical challenge."

For developed countries, clearly aware that labor market dynamics were increasingly operating across international borders, the challenge will be in adopting planned, flexible, "front-door" labor migration policies that meet their own individual labor and skills needs, he said.

"These types of policies are especially important during downturns in the global economy such as the one we are witnessing today," Appave said.

The Asian financial crisis of the 1990s showed that even in times of economic hardship, there was still a structural need for migrants.

"The world is on the move, there is no turning away from that," he said. "If we harness that mobility through policies addressing both human and economic needs, many of the migration anomalies of the past can be overcome and we would see real progress when we talk about global development."