The European Union on Wednesday levied the largest fine against any company in the bloc's history, ruling that Microsoft must pay a half billion euros for abusing its "near monopoly" status. 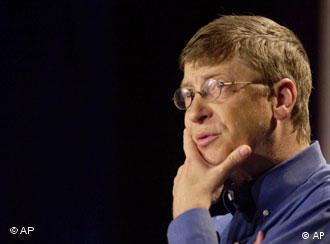 The European Union on Wednesday fined Microsoft €497.2 million ($611 million) for abusing its "near monopoly" with its Windows operating system to crush competitors and gain the upper hand in markets for digital media players and low-end servers.

"Dominant companies have a special responsibility to ensure that the way they do business doesn't prevent competition ... and does not harm consumers and innovation," EU Competition Commissioner Mario Monti said. "Today's decision restores the conditions for fair competition in the markets concerned and establishes clear principles for the future conduct of a company with such a strong dominant position."

Citing "illegal behavior" that is "ongoing," the EU antitrust authority is calling for Microsoft to implement a number of remedies. The company has been ordered to offer a version of Windows without its digital media player in three months and to release the "complete and accurate" interface code to rival companies in the server market within four month. The Commission said the release of the code, a demand heatedly contested by Microsoft, was necessary in order for server products created by competing companies to have "full interoperability" with computers running Windows. The Commission said it would appoint a monitoring trustee "to ensure effective and timely compliance."

The ruling is the highest ever penalty imposed by the EU's executive branch against a single company for violating competition regulations. Microsoft, the world's biggest software firm, has denied it abuses the overwhelming dominance of its Windows operating system to illegally crush competitors. It said EU regulators were unjustified in proposing such a large fine.

"We worked hard to reach an agreement that would address the European Commission's concerns and still allow us to innovate and improve our products for consumers," said Steve Ballmer, chief executive officer of Microsoft. "We respect the Commission's authority, but we believe that our settlement offer from last week would have offered far more choices and benefits to consumers."

The company said it would file an appeal with the EU's Court of First Instance in Luxembourg. 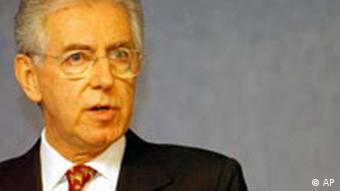 But chief executive Steve Ballmer is less worried about the financial penalties, which will probably not cause too much pain for the Seattle-based company given its cash reserves of some $53 billion. It's more the list of "remedies" the EU competition authorities have handed down that is cause for concern for the company, which has sought to expand its operating system to incorporate almost all facets of the Internet.

Monti has said he fears that if unchecked, Microsoft would continue to exploit its monopoly when it launches its Windows successor, Longhorn, which combines built-in search engine capabilities and 3-D graphics to compete with Internet companies like Google and Yahoo.

But Ballmer, who is currently in Brussels, rejects such demands, saying it limits Microsoft's ability to develop new products and integrate them into the operating system in the future. According to the company spokesman, the EU regulations serve only as a "stumbling block to the company's capacity to innovate."

Monti, whose five-year term as competition commissioner ends in October, is not flinching on what is without a doubt the commission's biggest anti-trust case.

Despite hefty criticism that the verdict will do nothing for competition and everything to block innovation, the guardian of fair trade practices said ahead of Wednesday's decision: "It is essential to have a clear principle for the future conduct of a company which has such a strong dominant position in the market."

A history of investigations

This wasn't the first time Microsoft found itself under the watchful gaze of anti-trust investigators. In a spectacular anti-trust case in the United States, the government threatened to split Microsoft up into different companies at the turn of the century. The company's operating system can be found in 95 percent of the desktop computers worldwide, and U.S. courts determined that Microsoft had repeatedly abused its monopoly status. But after then-President Bill Clinton left office, Microsoft cut a deal with the Justice Department and several states, effectively resolving the anti-trust case.

However, the European Commission continued to follow up complaints from Microsoft competitors filed five years ago. Sun Microsystems, for example, charged that Microsoft had integrated applications like the Internet Explorer Web browser and digital media programs into its operating system in a way that largely banished any competition for the applications.

The Commission later held that Microsoft had violated competition laws and sought to negotiate a settlement with the Redmond, Washington-based company. But talks failed earlier this week, setting the scene for the ruling.

Micrsoft initially sought to avoid formal punishment from the European Commission because, it feared, it could be used as a precedent for costly lawsuits against the company in other countries including the U.S. Both Microsoft and the Commission agreed that the company had abused its monopoly status. Microsoft even agreed to decouple its Internet Explorer and Windows XP software. But that proposal didn't go far enough for Monti.

"We made substantial progress towards resolving the problems but were unable to agree on commitments for future conduct," Monti said earlier this week.

This week's ruling should come as no surprise to Microsoft. Already in 2001 the European Commission began gathering evidence against the U.S. software giant. Back then it looked like a quick resolution was in sight. (March 23, 2004)

More than a dozen companies have been fined €50 million or more by the European Commission for anti-competitive practices including abuses of monopoly status and price fixing. Here's a list of the biggest cases.