The World Health Organization has said that the level of microplastic particles in drinking water isn't a major cause for concern. However, it warned that more research was needed into their effects on human health. 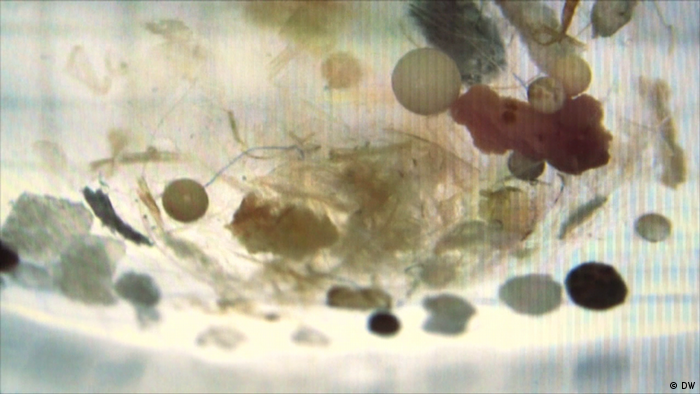 The UN's health agency on Thursday said that microplastics contained in drinking water posed a "low" risk at their current levels.

However, the World Health Organization (WHO) — in its first report on the potential health risks of microplastic ingestion — also stressed more research was needed to reassure consumers.

The report sums up a small but growing number of scientific studies on the subject and draws its conclusions from them.

Microplastics arise when man-made materials degrade into tiny particles. While the US National Oceanic and Atmospheric Administration classifies them as any type of plastic fragment of less than 5 millimeters (about one-fifth of an inch), most human health concerns are focused on far smaller particles.

The report's authors concluded that research should focus on chemical additives in plastic and the effects of microplastics small enough to enter tissues.

Most plastic particles in water are more than 150 micrometers in diameter and are excreted from the body. But, the report said, "smaller particles are more likely to cross the gut wall and reach other tissues."

"For these smallest size particles, where there is really limited evidence, we need to know more about what is being absorbed, the distribution and their impacts," said one of the authors, Jennifer De France.

Given the low risks, the WHO said countries instead should focus more attention on removing harmful microbes, which cause nearly 500,000 deaths from diarrhea each year, from drinking water.

However, the organization also found that consumers and governments needed to do more to reduce the use of plastics in general to protect the environment.

A previous study, by the environment charity WWF international, found that some individuals could be ingesting 5 grams (0.18 ounces) of plastic each week — the equivalent of a credit card. That research found that the largest source of plastic entering the body was drinking water, although shellfish was also a major contributor.

A German-Swiss study published last week showed that microplastics were entering the atmosphere and being carried vast distances to some of the remotest places on Earth, including the Arctic.

Microplastics can be found just about everywhere, from the depths of the ocean to our beer. So it's not a surprise that these tiny bits of plastic have made their way into our poo. But what does it mean for our health? (22.10.2018)