Michael Wolff: Who is the 'Fire and Fury' author?

Wolff's expose on the Donald Trump presidency "Fire and Fury" shot to the top of Amazon's best-seller list even before it was released. So who is the man behind the most-talked about book of the year? 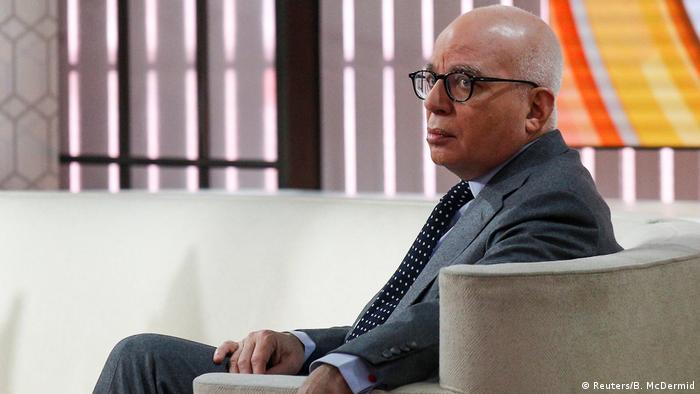 After more than 40 years in journalism, Michael Wolff has become an overnight sensation with the publication of an expose of the Trump presidency.

Fire and Fury: Inside the Trump White House, paints a picture of a bumbling and dysfunctional White House under US President Donald Trump. Such is the interest the book has aroused, publication has been brought forward to Friday.

Just days ago, 64-year-old Wolff was little known outside of America's media ecosystem, but his new book, dismissed by the White House as nothing more than "trashy tabloid fiction," has already shot to the top of Amazon's best-seller list.

Wolff was born in New Jersey; attended Columbia University in New York City and began his career working as a copy boy for the New York Times.

Nowadays, he is a contributor to USA Today, Vanity Fair and New York magazines, but has also written for GQ and the Hollywood Reporter among other publications.

After Trump won the election that November, Wolff wrote to the White House and proposed writing an inside story, for future publication, ie, a book, using a proverbial fly-on-the-wall approach.

Has he written a book before?

Wolff has written at least half-a-dozen books. His first one was White Kids, published in 1979. But he's probably best known, until now, for his 2008 profile of Rupert Murdoch, entitled: The Man Who Owns the News.

The media mogul was largely displeased with Wolff's book, making it all the more puzzling why Trump granted him such wide latitude to roam the White House — watching the comings and goings, but also talking to people. He reportedly conducted some 200 interviews for the book, including with Trump, and recorded many of them.

How credible is Wolff?

While Trump likes to label any news story he doesn't like as "fake news," Wolff has come under fire in the past from fellow journalists who have questioned his fidelity to the truth.

One of the more noted articles about Wolff is a 2004 profile by Michelle Cottle for The New Republic magazine, in which she writes:

"Even Wolff acknowledges that conventional reporting isn't his bag. Rather, he absorbs the atmosphere and gossip swirling around him at cocktail parties, on the street, and especially during those long lunches."

Still he has twice won the National Magazine award, including one for a series he wrote on the Iraq War in 2003.

What does Trump think about the book?

Not surprisingly, he is less than enamored. It is chock-a-block with startling assertions. And some of the most remarkable comments came from former White House Chief Strategist Steve Bannon, who was dismissed over the summer amid ongoing internecine battles within the White House.

Trump reacted on Twitter, saying the book was fiction and reliant on fake sources.

"I authorized Zero [sic] access to White House (actually turned him down many times) for author of phony book," Trump said. "Full of lies, misrepresentations and sources that don't exist. Look at this guy's past and what happens to him and Sloppy Steve [referring to Bannon]."

Almost certainly not. His lawyer sent cease and desist letters to Wolff and the publisher Henry Holt and Co. threatening legal action if the book was published. Rather than consider stopping publication, Holt decided to accelerate it, citing the book's valuable contribution to public discourse.