Mexico's President Andres Manuel Lopez Obrador delivered a brief address via video call from his car during a two-hour standoff with protesters. 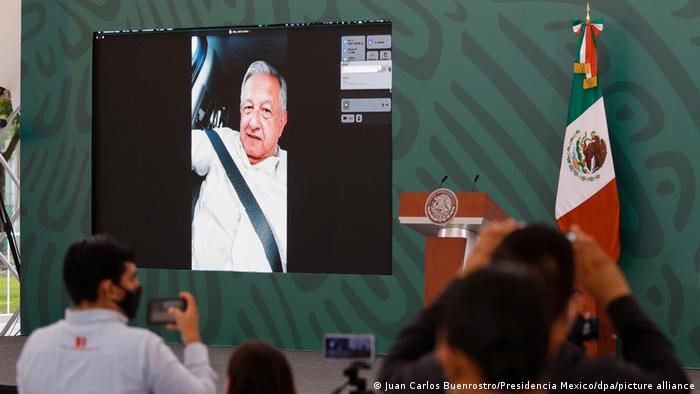 Lopez Obrador is rarely absent from the daily morning news conferences, which he has held almost every weekday since he took office in 2018.

But on Friday, demonstrators gathered at the entrance of a military barracks in the southern Chiapas state, where Lopez Obrador was set to hold a Cabinet meeting and a press conference.

The standoff lasted for around two hours. 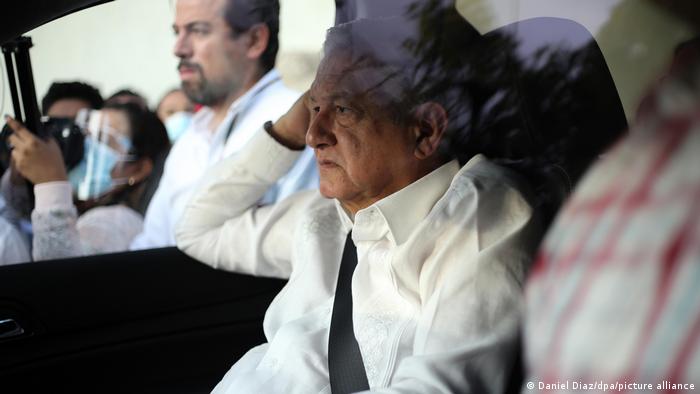 Lopez Obrador did not engage with the protesters, Mexican media reported

What did Lopez Obrador say?

In a video message from inside his vehicle, the president said protesters refused to let him pass to pressure him into answering their demands.

"I cannot allow this because the president cannot be held hostage by anyone," he said.

Lopez Obrador also stressed that he was a non-violent leader who avoided any use of force. He said that although he was stopped in front of a military barracks, he would not call out the army to disperse protesters.

What was the protest about?

According to Mexican media, demonstrators protested against a legal reform by the previous administration that reduces the influence of teachers' unions.

Teachers and health workers shouted anti-government slogans. Some protesters scrawled the initials of the teachers' union, known as CNTE, on the president's vehicle with marker pens.

CNTE has been known for blockading roads, railways and entire cities.

When past governments had cracked down on the teachers' union, Lopez Obrador praised the organization.

But on Friday, the president admitted that CNTE's leadership has was beholden to "special interests" in some states. "I cannot surrender to any special interest group," he added.