Governor-elect Samuel Garcia and his party have been fined due to publicity given to the politician by his wife, a social media influencer. 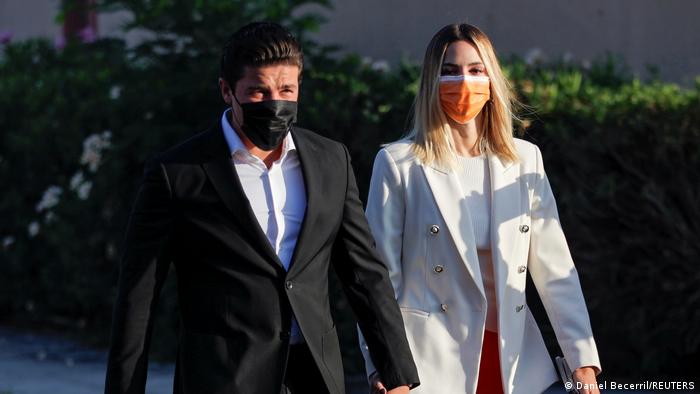 Mexico's Electoral Institute on Thursday fined the Citizen's Movement party and its governor-elect of the state Nuevo Leon almost $2.78 million (€2.37 million). According to the body, future governor Samuel Garcia received illegal support from his influencer wife on social media.

Most of the financial penalty has been aimed at the party, with the 33-year-old politician fined $223,000. The party tweeted it would "challenge" the ruling.

Both Garcia and his wife, Mariana Rodriguez, expressed outrage over the decision, claiming that regulators were treating Rodriguez like an object with a price.

"Once again, this seems to me very offensive, that they want to put a price on me," Rodriguez said, referring to the ruling by the National Electoral Institute (INE) that the texts and photos she posted had an aggregate value of almost $1.4 million.

Electoral officials say posts are a 'donation in kind'

It is common practice for authorities in Mexico to fine candidates, or their parties, twice the amount of an illegal donation, hence the figure of almost $2.8 million.

Mexico: The return of 'los lobos'

Lorenzo Cordova, the head of the INE, said Rodriguez's posts "are a donation in kind in that they gave publicity to her husband's candidacy. That should have been considered what it was — a campaign donation, and it wasn't reported.''

Rodriguez said in a statement she was lodging a complaint of sexual discrimination with Mexico's National Human Rights Commission.

"We women are not accessories. We are not a product or merchandise with a sticker price. The support I gave to my husband is not a 'donation in kind.' We women should not be forced by the INE or anyone else to chose between freely exercising our profession or participating with our spouses."

The dispute has instigated questions of electoral fairness, freedom of speech and women's rights. Garciawon the elections on June 6 to become the next governor of the of Nuevo Leon, which borders the US state of Texas.

Mexico: Marijuana legalization on the horizon?

In a weekly "Lie of the Week" segment, Mexican President Lopez Obrador selects unflattering news articles he thinks are unfair and decries them as "fake news." Various bodies have condemned his behavior.

Mexico reports over 100 journalists and activists killed since 2018

Mexican President Andres Manuel Lopez Obrador vowed to do more to protect journalists and activists, but government figures show scores have been killed during his time in office.