Mexico is presenting itself as the new champion of Latin American integration. To do that, it appears willing to embrace the continent's isolated autocratic leftist leaders. But it's a risky move. 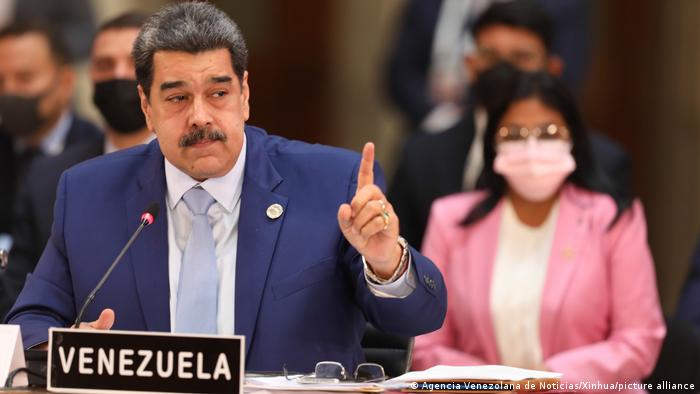 The recent summit of the Community of Latin American and Caribbean States (CELAC) in Mexico was the first big meeting of its kind since the start of the coronavirus pandemic. Participants ranged from Cuban head of state Miguel Diaz-Canel to Ecuador's laissez-faire conservative president, Guillermo Lasso. Even Venezuelan leader Nicolas Maduro made a last-minute appearance — though he is wanted by the United States on charges of drug trafficking, with a $15 million (€12.8 million) reward for information leading to his arrest.

Yet, in many ways Maduro's flying visit to the CELAC summit was not so surprising. The continent's authoritarian leftist states, which include Venezuela, Cuba and Nicaragua, are beset by economic sanctions and damning UN reports on human rights violations, and their leaders are looking to Mexico for support.

Mexican President Andres Manuel Lopez Obrador has proposed replacing the Organization of American States (OAS) with CELAC, a body that does not include the United States or Canada. His motion came in response to demands from countries such as Nicaragua, Venezuela and Bolivia, which have called the OAS an interventionist tool of the US.

What are Mexico's motives?

Political analysts have said the Mexican government is signaling its discontent with the OAS's agenda, ending its two-year CELAC presidency with a bang. Most of Lopez Obrador's term has been characterized by reserved and integrationist diplomacy, concentrating on concrete projects like acquiring COVID vaccines rather than on ideological differences, which threatened to split the alliance. 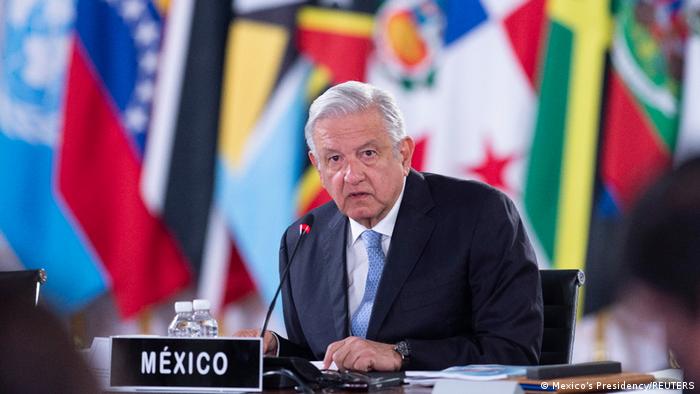 This strategy has not been completely successful. Brazil's Jair Bolsonaro pulled out of CELAC in January 2020, and the alliance lost its biggest and most-populous member. And even during the summit itself, there were tensions and fierce verbal clashes between Argentina and Nicaragua and Uruguay and Cuba, which had to be smoothed over by Mexico's Foreign Secretary Marcelo Ebrard.

"This summit has increased the pressure to reform the OAS," said Jose Antonio Crespo, a historian and political scientist at Mexico's Center for Research and Teaching in Economics (CIDE). He doesn't rule out the idea that it's a maneuver engineered by Ebrard to raise his profile as a potential contender in Mexico's next presidential election, in 2024.

The foreign secretary is said to be very keen to become Lopez Obrador's successor — and he can count on the president's support. Both men have been critical of the OAS; Crespo said that for many Latin American left-wingers, Lopez Obrador is a substitute figure for the late Venezuelan President Hugo Chavez, who died in 2013.

Lopez Obrador's decision to invite the Cuban president to take part in the military parade during Mexican Independence Day celebrations would appear to back up Crespo's thesis. But that move also provoked sharp criticism.

"It is now evident that Lopez Obrador has become an accomplice of the new totalitarian governments in Latin America," Tulio Hernandez, a Venezuelan sociologist who lives in exile in Colombia, told DW. "By flirting with Diaz-Canel and Maduro, Lopez Obrador is siding with those who are undermining democratic progress and regional integration."

Avoiding open confrontation with the US

Mexican political scientist Ruben Aguilar said it was impossible to interpret Lopez Obrador's refusal to interfere in other states' internal affairs as an act of neutrality. "Rejecting sanctions imposed because of grave human rights violations means that you are aligning yourself with dictatorial countries," he said.

Aguilar also underlined the Mexican president's contradictory approach to the OAS. "First of all, he said that he wanted to replace the OAS with CELAC, i.e to establish a purely Latin American mechanism of integration," he said. "Then he corrected himself and invited Canada and the United States, too. Ultimately, he said the investment to boost Latin America's economic development should come from there, which would give North America a more important role than ever before." 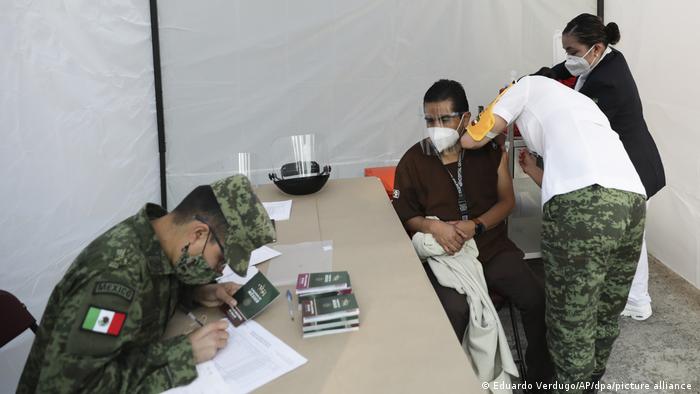 CELAC aims to improve cooperation on health care in the alliance

Crespo also thinks Mexico is not looking to lock horns with its biggest trading partner, the United States. "Lopez Obrador is upholding the Latin American agenda without picking a fight with the US," he said.

Aside from the rhetoric, antipathy and personal ambitions, the CELAC summit led to the organization of a Latin American space agency, a new fund to respond to natural disasters, and agreements on vaccine production and closer cooperation in health issues.

The paper's general manager called the seizure, which followed a court ruling, "an attack on democracy." The move is the latest blow to press freedom in the Latin American country.

Mexico works to develop its own COVID vaccine