One of the world's biggest cities has prohibited the use of single-use plastic materials including plastic forks, straws and cups. Mexico's capital is striving to revamp its image as an eco-friendly, sustainable city. 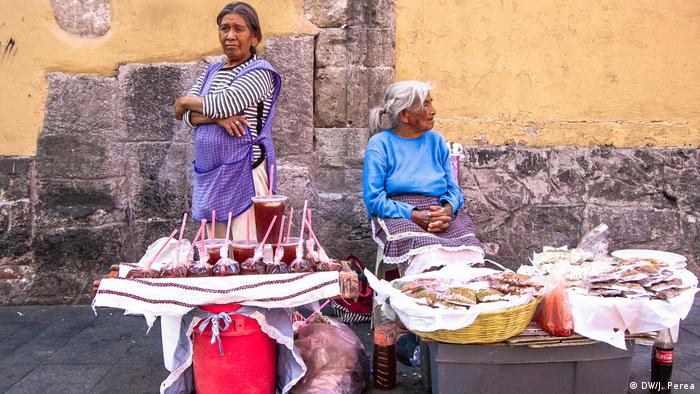 Lawmakers passed the ban on plastic bags, utensils and other disposable plastic items in 2019, aiming to reduce non-biodegradable plastics and hoping to turn Mexico's capital into  a more sustainable city.

The new law took effect last year. The city of 9 million people, one of the world's largest, has spent the past year adjusting to the changes.

In a statement, city authorities declared that "the commercialization, distribution and delivery of single-use plastic products is prohibited" as of January 1.

Mexico City's environmental secretary announced on Twitter Friday that "from today on Mexico City is without single-use plastics" and called on people to consider always carrying reusable containers.

Greenpeace's Ornela Garelli lauded the ban as "a good measure, even in times of the pandemic."

"To be effective, the measure requires the support of citizens … to transform our consumption habits and strive towards more sustainable lifestyles," the activist told Spanish news agency EFE.

"We also have a very important role in ensuring that the ban is actually enforced," she added.

But without the imposition of fines, a complete end to single-use plastics seems unlikely. Mexico City authorities have indicated that during the first months of the measure no fines will be imposed and that they will first focus on informing citizens.

At the corner of a busy Mexico City avenue, a street food vendor selling tamales was seen handing out the traditional Mesoamerican dish to customers with plastic spoons and a plastic bag. She told the Associated Press that due to the coronavirus, authorities "forgot about it (the ban)."

Last year alone, Mexico City produced around 13,000 tons of garbage per day, according to the capital's environmental agency. The city also produces more than 7 million tons of plastic per year. Around 48% of it is used for packaging and while much of it is recyclable, a lot of the materials does not end up being recycled.

Could single-use bags made from jute be a game changer?

The popularity of the Mexican island of Cozumel as a cruise destination is great for the economy — but not necessarily for nature. The country is now trying to protect its blue waters and fragile coral reefs.

The people of the Mexican state of Oaxaca earn their living making pulque, a traditional drink made with Agave. But the beverage, considered sacred, is under threat. Ecotourism is part of the solution to save it.

Vanilla's native Mexico is the only place in the world where the fragrant orchid is pollinated without human help. But pesticides threaten to wipe out the insects that do the job, in turn threatening human livelihoods.

India has banned the production and use of some single-use plastic. Most environmentalists agree that the ban is a necessary step, but enforcing it is another matter. Citizens groups are doing their bit to make people aware of the dangers of plastic.