Mexican teachers have continued to demonstrate against reforms to the country’s education system. They remained out on the streets, despite the fact that the legislation has been passed by both houses of parliament. 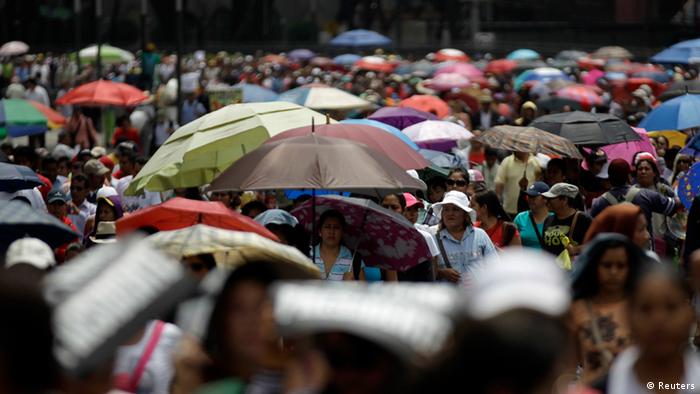 Tens of thousands of teachers took to the streets of Mexico City again on Wednesday to protest against a sweeping reform of the country's education system.

The demonstrators marched down the main boulevard, disrupting traffic in Mexico's capital city.

However, despite two weeks of protests organized by the smaller of Mexico's two teachers' unions, the CNTE appear to have failed to achieve their goal. While the teachers marched on Wednesday, the upper house of parliament, the Senate, passed the reform package by a vote of 100-22.

The main teachers' union, the SNTE, had dropped its objections to the plans after its boss, Elba Esther Gordillo, was arrested on embezzlement charges back in February.

Among other things, the legislation would ban the sale or inheritance of teaching jobs, which until now has been common practice in Mexico, and award jobs on the basis of standardized testing.

Mexico: back to the future

The return of the PRI is likely to continue the corruption and cronyism of past eras. But it may also reflect how Mexicans are fed up with drug cartel violence, and seek a return to normalcy. (02.07.2012)

"The inheritance and sale of jobs has ended," the country's education minister, Emilio Chuayffet, wrote on his Twitter account. "Merit is the ideal means of access to, and progress in, a teaching career."

Another clause in the bill would force instructors to undergo regular performance evaluations, something that some teachers have vowed to boycott.

"We are entering a phase of resistance because we will ignore the evaluations," Norma Cruz Vazquez, a union representative in the southern state of Oaxaca told the AFP news agency. "For us this is a betrayal and we will not recognize this reform."

Despite the objections of the CNTE, the Mexican schooling does appear to be in urgent need of reform, as it placed 34th in the Organization for Cooperation and Development's most recent ranking of education systems. This is despite the fact that it spends more of its budget on education than any other country in the OECD except New Zealand.

The education bill is just one of a series of reforms Mexican President Enrique Pena Nieto has dubbed the "grand transformation."

Following passage of that bill, he is now expected to turn his attention to opening up Mexico's state-controlled energy sector to foreign investment.

The CNTE has pledged to bring its members out onto the streets to protest against those plans too.